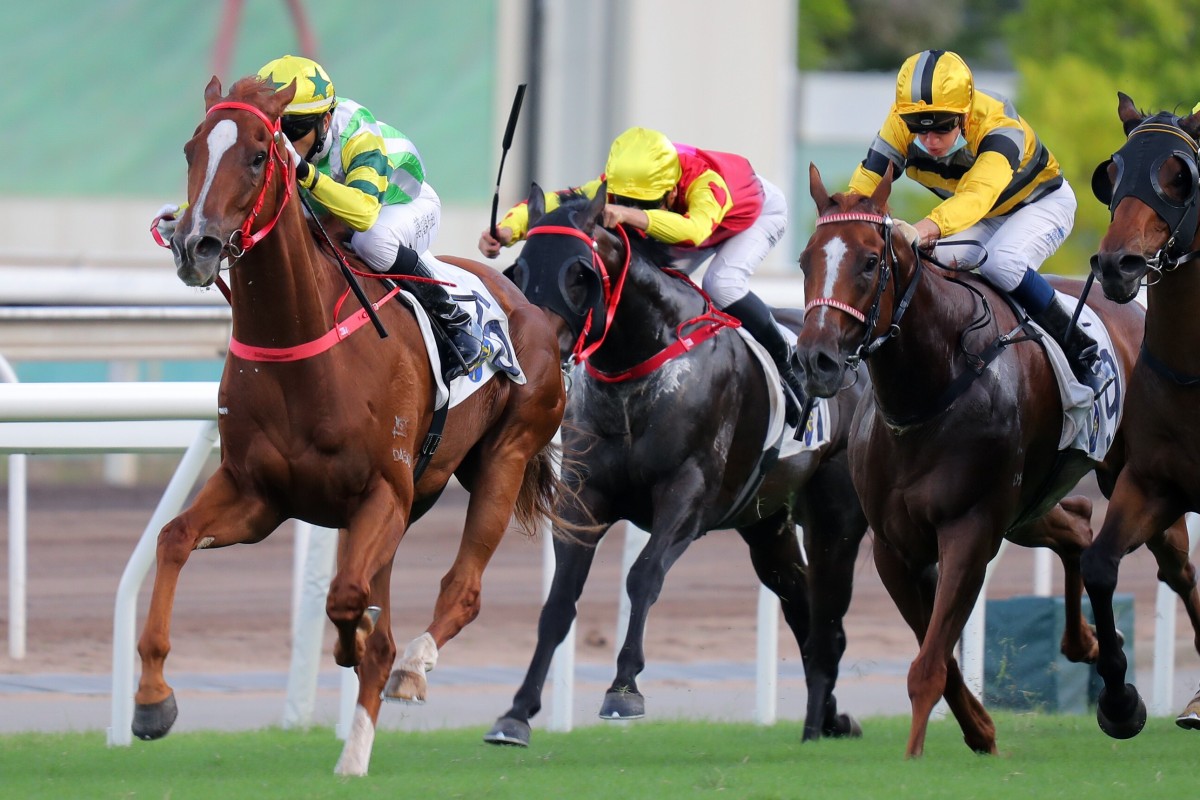 Nervous Witness might be the one fans flock to see at Sha Tin on Sunday afternoon but he won’t be the only exciting four-year-old trying to protect an unbeaten record, with John Size’s Blaze Warrior stepping out for the first time this season.

Blaze Warrior heads into the Class Three Cyber Colors Handicap (1,400m) looking to make it four wins from four starts and the gelding – who Size sent to the trials 14 times before his debut – looks primed for his return over seven furlongs after a further three trials, the latest of which he won over 1,200m on the all-weather track.

“I hope the 1,400m will be OK, even when he started racing at the 1,200m he was only just travelling so I’m OK with the 1,400m,” Size said of the son of Sebring, who jumps from barrier seven under Joao Moreira.

“The last time he raced over 1,400m and the leader went very quick and it was run to suit so he looked good in the finish because he had all the favours. But I think if he got into a 1,200m race and they went fast he might not be able to travel well enough.”

Blaze Warrior maintains his unbeaten record by successfully stepping up to 1400m as Joao Moreira caps a brilliant four-timer on the card! #HKracing pic.twitter.com/U2LaTaqWLU

Blaze Warrior is just one of the gallopers with Classic Series potential that Size sends around this weekend, with Master Delight looking to break his Hong Kong maiden at start three in the Class Three La Estephe Handicap (1,600m).

After placing at Group Two level in New South Wales and finishing seventh in the Group One Australian Guineas (1,600m) as a three-year-old pre-import, Master Delight was an eye-catching third in his first Hong Kong run over 1,200m before running on solidly over 1,400m after jumping from gate 12 on a day when not many runners made ground.

The son of Rubick, who will also be ridden by the Magic Man, jumps from gate four on this occasion and Size is looking forward to seeing him at a mile.

“He travels well and he’ll run well and it’s just a matter of whether something goes in his favour, then he can win the race. He needs something to happen for him,” Size said. “Last start he ran a very good race but the circumstances of the day probably weren’t suited to him.”

As for Nervous Witness, trainer David Hayes expects improvement from his star in the making as he chases a third straight win in the Class Three Suisse Programme Handicap (1,000m) after a nice recent trial.

“I thought [his trial] was pretty good, there was no prize money on show but he still won the trial nicely and that trial was because he’s six weeks between runs, just to keep him on the ball,” Hayes said.

“I thought [his last run] was pretty good because he got it served up to him and he showed that he’s not a fast, weak horse. Hopefully this week will be slightly more leisurely because he’s got the 133 [pounds], that’s probably the only negative but I think to my eye he’s improved a bit.”