The 28-year-old snares his first winner of the season aboard Alcari, while the departing jockey finishes third on Cordyceps Six and red-hot favourite Super Fortune flops 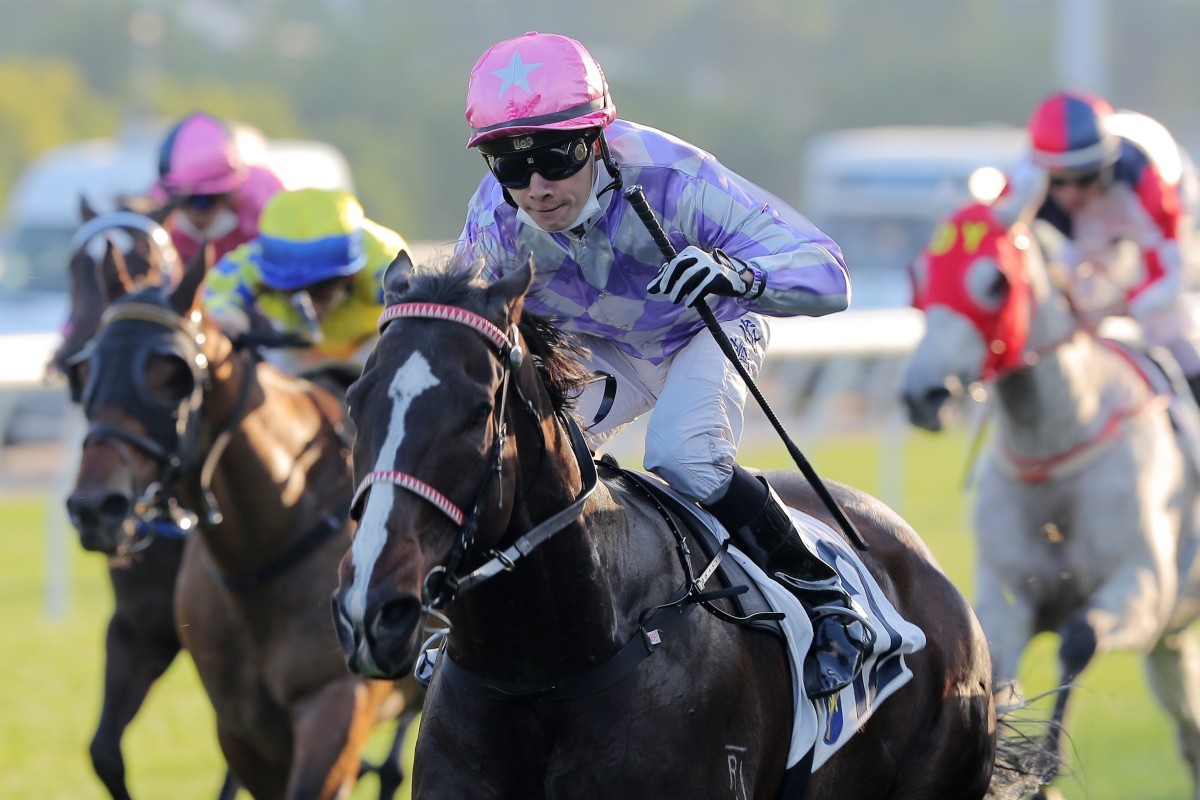 There was no perfect send-off for Chad Schofield at Sha Tin on Sunday but it’s unlikely the departing jockey would begrudge the man who spoiled the party, with Victor Wong Chun landing his first winner of the season.

Schofield finished third aboard Cordyceps Six in his final ride before heading back to Australia, half a length behind Wong on rank outsider Alcari.

Sent out at $79, Wong settled the Ricky Yiu Poon-fai-trained Alcari just off the leaders in the Class Three Opal Handicap (1,000m) and the seven-year-old was too strong in the finish.

“It’s very satisfying. The horse was dropping back in distance but he did a great job. I’m very happy to have won.”

Wong has had fewer rides than any other jockey who has been here since the start of the 2021-22 campaign, with the 28-year-old’s breakthrough victory coming from his 39th ride of the season, and his success leaves Jack Wong Ho-nam as the only pilot without a winner after Lyle Hewitson also saluted on Sunday.

“I’m really happy for him and I always want to give the local boys some support,” Yiu said.

Carrying only 110 pounds, Alcari rung up his fourth win at start 48 and his second at the course and distance over four years after saluting on debut down the Sha Tin straight. “At the beginning of his career he won at the trip and he performs pretty well over 1,000m,” Yiu said. “I took everything off him, I took the visor off him and he had no gear on him at all and that maybe gave him freshness. He’s a nice horse – this horse keeps proving that he’s a nice horse.”

The David Hayes-trained Metro Warrior finished a close second, however red-hot favourite Super Fortune could only manage fourth after being smashed in betting late.

Looking to remain unbeaten after a blistering debut victory, Tony Cruz’s Super Fortune was backed into $1.80 and Matthew Poon Ming-fai was able to work him across the front of the field and into the lead on the rail from gate six, but the son of Zoustar found nothing late to finish a length and three-quarters adrift of Alcari.

The prospect of a fairy-tale ending for Schofield came into play on Saturday when he picked up the ride aboard Cordyceps Six at the expense of the injured Jerry Chau Chun-lok and Richard Gibson’s speedster went off a $3.40 second elect as he eyed a third consecutive victory.

Schofield positioned the three-year-old on the rail from barrier 14 before pulling out at the 600m in a bid to improve his position, but he found himself cramped for space and by the time he ducked back to the rail and found clear air 200m from home he had left himself too much work to do.

Schofield’s other ride at his final meeting was aboard The Multiplier for Hayes but the four-year-old could only manage 11th as a $74 chance, with the 27-year-old signing off with 208 Hong Kong winners to his name.