Lyle Hewitson reaps IJC rewards before a shot is fired: ‘for a change I’ve got a very nice book’

After snaring a winner at Sha Tin on Sunday, the South African looks to continue the positive start to his second Hong Kong stint 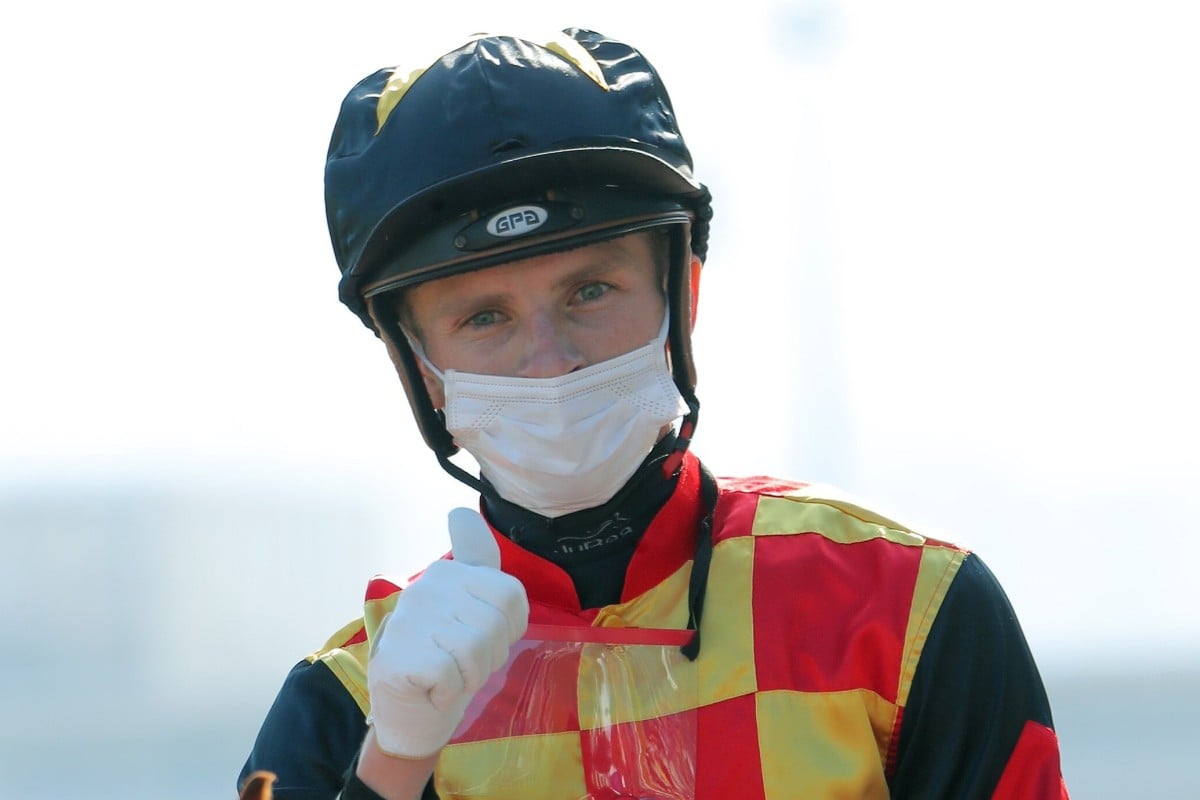 Lyle Hewitson is happy to grab fortune when it falls his way early in his return to Hong Kong racing and a quick winner on Sunday has left the South African smiling – as have his rides at Happy Valley on Wednesday night.

“For a change I’ve got a very nice book, so I’m very happy with that,” said the 24-year-old. “Certainly this book I’ve got is better than my usual book and now it’s just about getting them to run their best and getting some good results.”

There was a winner via the Douglas Whyte-trained Valiant Elegance on Sunday, just three meetings into Hewitson’s latest stint here compared to the three months it took during a six-month campaign in 2019-20 that tested the three-time South African champion’s patience.

Wednesday sees Hewitson with a book of seven rides overall and the extra spice – to the tune of a cool HK$500,000 for the winning rider – is the Longines International Jockeys’ Championship that finds him representing his homeland against some of the greats of the game.

Great ride! @LyleHewitson times it to perfection for the first win of his second stint, scoring atop Valiant Elegance. @DJWhyteTrainer #HKracing pic.twitter.com/WXz2LOtI0s

“I think I deserve to be against them and I just think the way the draw is done for this IJC is so professional by the Jockey Club that it makes it a true test and I think it’s only going to be small margins between winning and losing on the night,” said Hewitson.

Pressed for his best among his four IJC mounts, Hewitson pointed towards the Caspar Fownes-trained Charming Steed, carrying a tidy first-up second behind the Ricky Yiu Poon-fai trained Joyful Win into his second go around at the idiosyncratic city venue in race four – the first leg of the big event.

“Obviously he had the same sort of draw and everything last time but it was his first time around the Valley and it’s not too easy, so he would have come on from that,” said Hewitson. “He’s got a great draw again in one and he seems to do everything right, so he’s definitely a big chance.”

Hewitson will be buoyed to hear that the trainer is of the same mind going into the 1,000m scamper.

“He’s going to be helped by getting draw one and obviously he ran very well first-up and the horse that beat him came out and won again in a higher class, so that’s franked the form well,” said Fownes.

“If we can just jump and get him motivated to dig up and just be at the leader’s back then he gets his chance, because he’s the type of horse that looks like he’s going to want 1,200m but I just kept him fresh for this race when I saw the programme. I sent him to China after his first-up run and he looks great and hopefully we can get the job done.”

Of his other IJC rides, Hewitson is taking the form the Tony Cruz-trained Mercurial found at the back end of last season as a positive in the third leg of the event.

“I think it’s one of the most difficult races but he’s a horse that’s on the up and has found good form coming into this season so that looks a very positive ride,” he said.

“Like That [in the IJC’s fourth leg] has obviously got a nice light weight, once again there are probably one or two that are a bit stronger. Villa Fionn [second leg] is consistent. It’s probably a furlong too sharp but he’s a horse that should be finding towards the finish.”