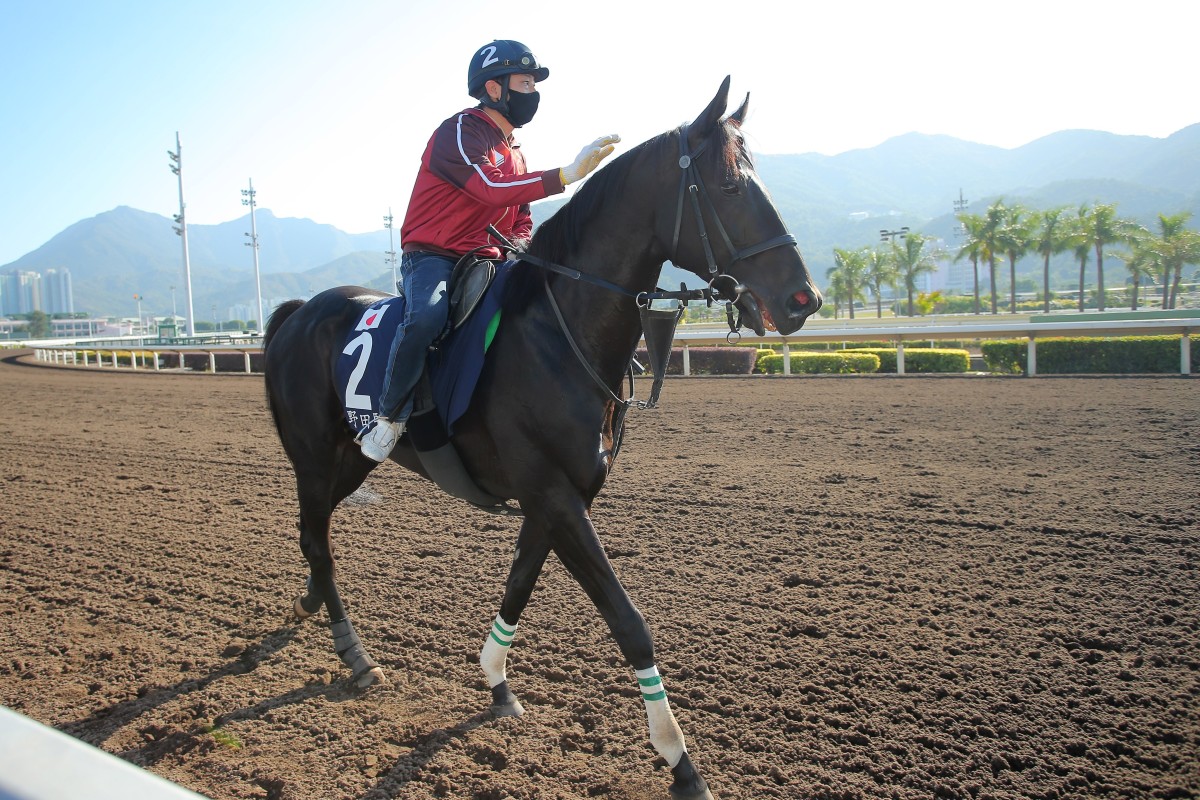 Danon Kingly walks back to his stable after a workout on the all-weather track at Sha Tin on Wednesday morning. Photos: Kenneth Chan

Kiyoshi Hagiwara captured Hong Kong’s richest race last season and now he will be trying to knock off the city’s best horse when Danon Kingly tackles the Group One Longines Hong Kong Mile (1,600m) at Sha Tin on Sunday.

The Japanese trainer enjoyed one of the biggest wins of his career when Normcore took out the Hong Kong Cup and now he’s got his sights set on ending Golden Sixty’s winning streak at 15.

The 62-year-old has plenty of respect for the Hong Kong superstar but thinks the firm surface of Sha Tin should suit Danon Kingly.

“I’ve had the pleasure of watching Golden Sixty’s races and he’s exceptionally strong,” Hagiwara said. “My horse is in good condition, I’m hopeful he will be able to show his best on the day and will be in the finish.

“I thought he would be suited to good ground, so having the experience and seeing the ground in Hong Kong [with Normcore], I thought he might be a good match for here.”

Danon Kingly has only had two starts in 2021 but both have been first-class, beating the recently retired darling of Japanese racing Gran Alegria in June’s Group One Yasuda Kinen (1,600m) before running second to star three-year-old Schnell Meister in the Group Two Mainichi Okan (1,800m).

That form suggests the son of Deep Impact should be more than competitive, with international bookmakers rating him a $6 second favourite behind Golden Sixty, who is considered a $1.60 shot.

“He’s had excellent form in Japan this year and it wasn’t just the results of those races, it was the way he handled himself. I’ve been very impressed with the form and the horse in general,” jockey Yuga Kawada said.

“I haven’t sat on him yet in Hong Kong – I’ll have a steer on Friday morning to get a feel for him – but by all accounts everything is going to plan and I’m looking forward to him showing his exceptional ability this weekend.”

Danon Kingly came from midfield when winning the Yasuda Kinen but Kawada is not too concerned about where the five-year-old settles in transit on Sunday – even if there is no pace in the race on paper – simply wanting to ensure his horse is comfortable.

Kawada, who will also partner Danon Smash (Sprint) and Loves Only You (Cup) at the Hong Kong International Races, has enjoyed a terrific season, with 136 winners at home to sit second to Christophe Lemaire (186) in the overall standings, while tasting a lot of success at the top level. 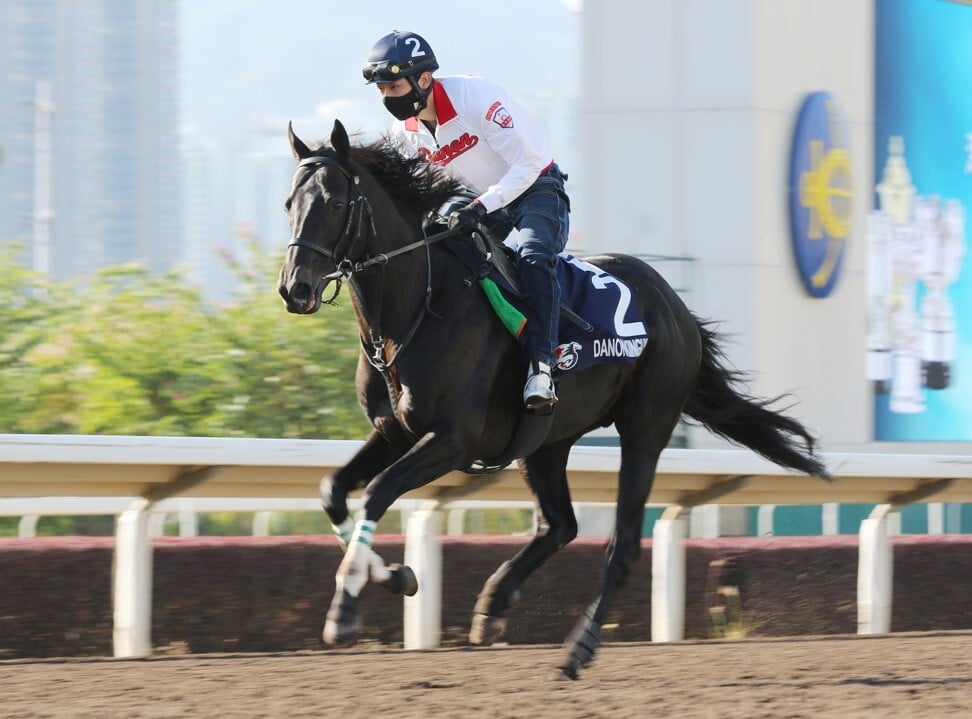 In addition to the Yasuda Kinen with Danon Kingly, the 36-year-old has won the Takamatsunomiya Kinen (Danon Smash) and the Osaka Hai (Lei Papale), among other Japanese features, while last month he collected the Breeders’ Cup Filly & Mare Turf with Loves Only You.

“I’ve had a good year, I’ve had some big-race results but I’m always looking to improve and hopeful of getting some more local winners in Japan, but on the big stage I’m very happy with the year,” he said.