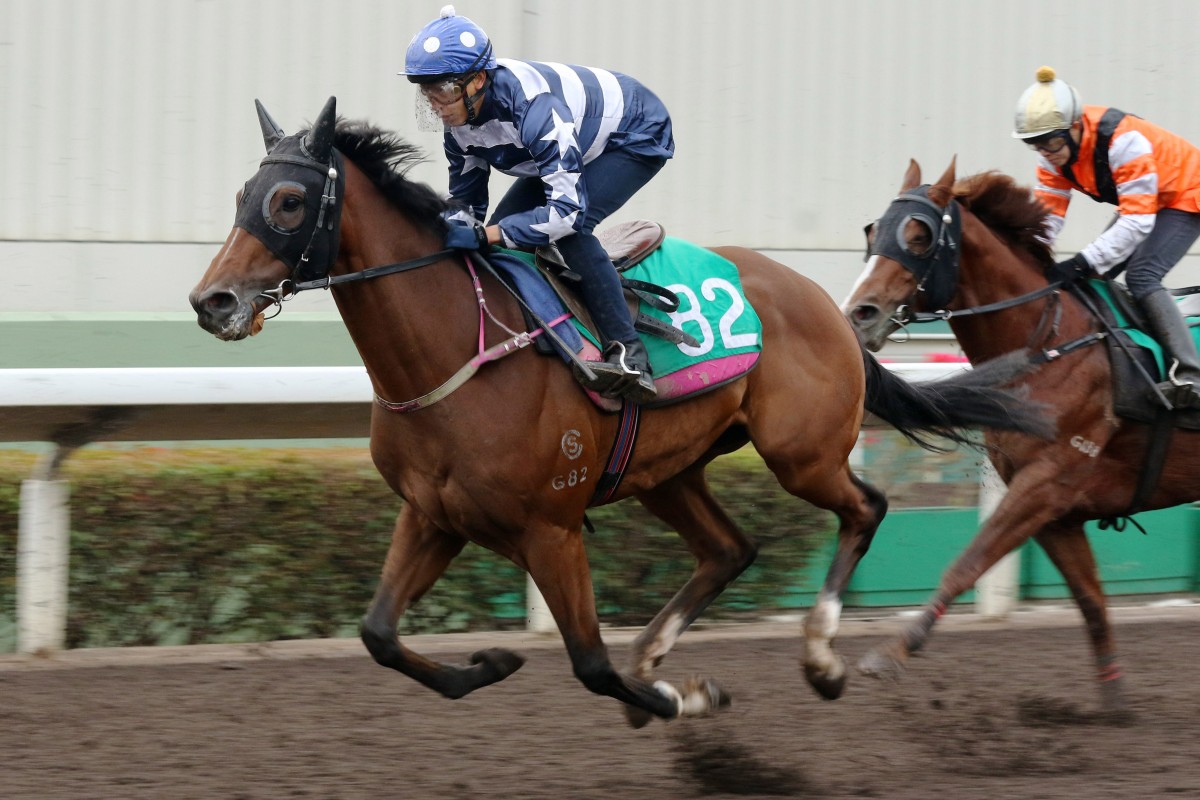 Francis Lui Kin-wai’s gelding creates plenty of interest after an eye-catching Hong Kong debut last month, where he rattled home from the tail of the field to finish second to Beauty Joy over the 1,400m circuit at Sha Tin.

This is the third jurisdiction The Irishman has raced in – he broke his maiden in one of three starts in New Zealand before being bought by prominent owner Edmond Lee Man-bun and securing a win and two Group placings in Australia when trained by Mark Newnham – but he already looks right at home.

After his first-up effort, Lui has kept him ticking over with a quiet trial and he’s likely to follow a similar formula to last start after drawing the outside gate in the field of nine, with Vincent Ho Chak-yiu retaining the ride.

The Irishman’s big advantage is weight – he’s carrying just 118 pounds – while all of his rivals have to lump bigger imposts.

If he’s going to be a serious challenger in the Classic Series he will need to make use of that advantage, because it will disappear with the set-weights conditions of the Classic Mile, Classic Cup and Hong Kong Derby.

A rating of 81 is also somewhat of an issue for the son of Tavistock as he looks to be right on the bubble in terms of making the cut-off for the Classic Mile field, so a boost would be welcome for connections.

Caspar Fownes’ New Zealand Derby winner Rocket Spade follows a similar profile to The Irishman – he flashed home to finish fourth to Ima Single Man over 1,400m three weeks ago in his Hong Kong debut and should also appreciate the step-up in trip.

Interestingly, Ho partnered both The Irishman and Rocket Spade in their Sha Tin starts and will be aboard the former on Sunday while Derek Leung Ka-chun gets the call-up for the latter.

The four-year-old in the best form is the aforementioned Ima Single Man, who is yet to run a bad race this campaign.

Tony Cruz’s charge has two wins, a second and two fourths from five runs and now tests 1,600m for the first time as he tunes up for the Classic Mile on January 30 with Matthew Poon Ming-fai in the saddle.

The John Size-trained Master Delight is the other obvious danger after a strong win two starts back before coming second, beaten a half-length, to Fast Most Furious on international day.

While that quartet of four-year-olds have all shown something since arriving in Hong Kong, that is not the case for Ricky Yiu Poon-fai’s S J Tourbillon, who never went past a runner and was tailed out in the same race Ima Single Man and Rocket Spade contested last month.

Top win! 💪 Fast Most Furious bosses his rivals under top weight for @zpurton in the opener. #HKIR #HKracing pic.twitter.com/xHnLmCXK15

The Irish import ran second in the Group Three Hampton Court Stakes (1,993m) at Royal Ascot when known as Roman Empire and under the care of Aidan O’Brien but clearly hasn’t acclimatised to his new environment.

S J Tourbillon boasts a rating of 84 on the back of that effort in June but he’ll need to improve markedly to justify a berth in any of the Classic Series features.

If someone is going to upset the four-year-olds, Master Montaro and Beluga look the most likely candidates.