The person who attended Happy Valley before testing preliminary positive to the virus is among the connections of V Chevaliers, who is trained by the veteran local and was ridden by the star Brazilian 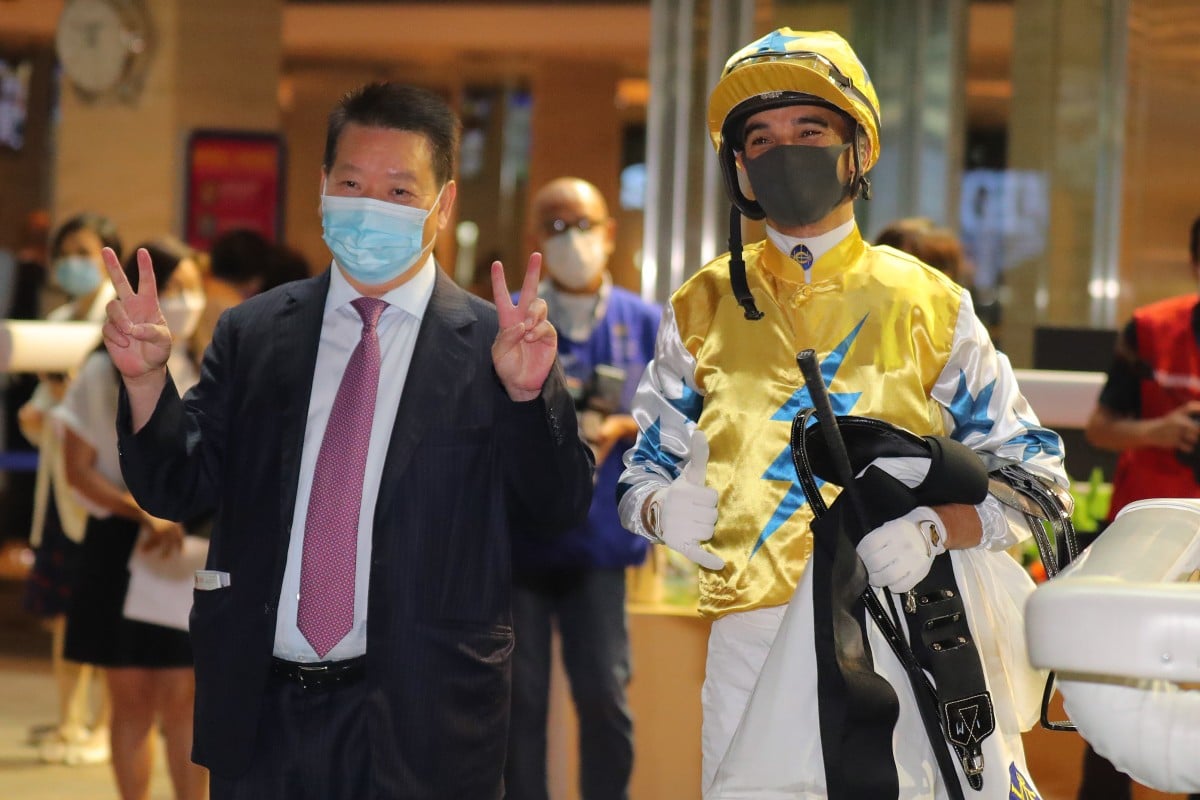 The Jockey Club has confirmed there was no consideration given to removing star jockey Joao Moreira and veteran trainer Manfred Man Ka-leung from Sunday’s Sha Tin meeting despite the fact they had come in contact with a person who has tested preliminary positive to Covid-19.

The Jockey Club acted swiftly on Sunday to remove staff and a member from the racecourse who were likely to have come in contact with the person who attended last Wednesday’s Happy Valley meeting and then tested preliminary positive for the virus.

It has emerged the person in question was among the connections of the Man-trained V Chevaliers, who was ridden by Moreira in the opening race last Wednesday. They attended the owners area next to the parade ring at Happy Valley, chatting to the trainer and jockey about the galloper’s chances.

While Moreira and Man were asked to refrain from attending trackwork on Monday morning while officials made an assessment of any further risks, Jockey Club executive director of racing Andrew Harding confirmed there was no need to remove the pair from Sunday’s action.

“Both had tested negative that morning and it was only in the latter part of the day that it was identified that the person had visited the outside of the parade ring, and only very briefly, so there was no need to do that at an advanced stage of the race meeting,” Harding said, adding that the pair had returned another negative test on Monday.

“We asked them both not to attend trackwork this morning so we could do one more test and we could carry out an assessment about whether there was any actual risk, and the assessment is that there isn’t.

“We had taken advice from the chief medical officer, the contact was in an open-air setting, it was for an extremely short period of time – several minutes only – and it was in circumstances of strictly policed social distancing, wearing of masks, no physical contact. 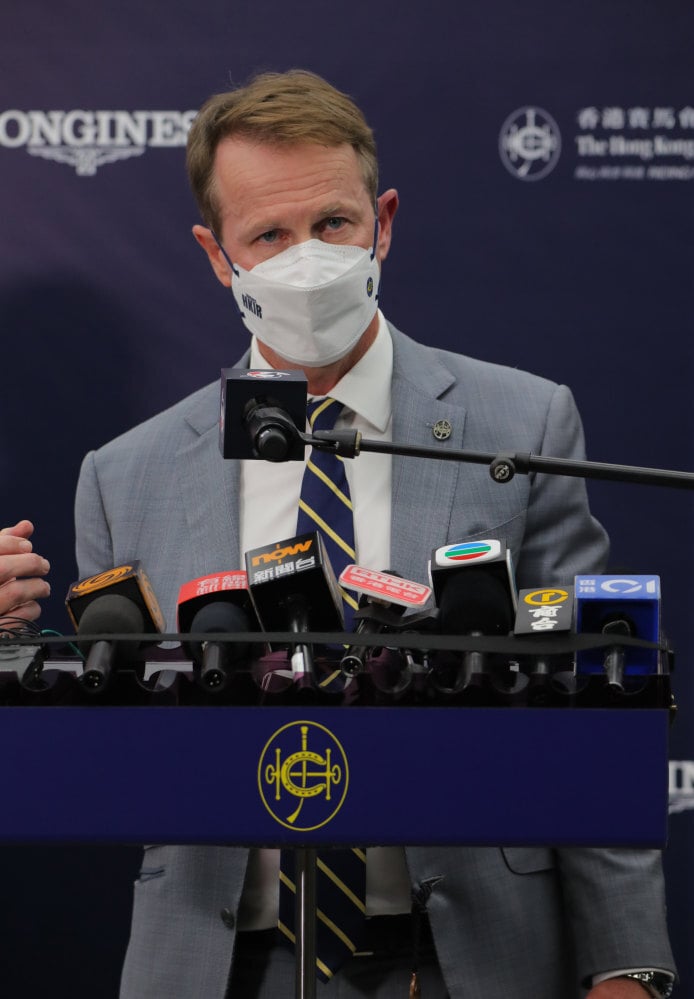 “The CMO’s advice is that there is no risk but for absolute caution they didn’t attend trackwork this morning. These are measures that we have taken, not measures that are required by government, but as always we did that in consultation with the chief medical officer.”

Moreira and Man will have to pass another test before Wednesday’s meeting – as is the norm for jockeys ahead of every meeting – and everyone else who is needed on course at the closed-door meeting will also undergo rigorous testing before they can attend.

Golden Sixty will face just half a dozen rivals as he bids to match Silent Witness’ Hong Kong record of 17 straight victories in the Group One Stewards’ Cup (1,600m) on January 23.

Golden Sixty defeated More Than This by a length and three quarters in last month’s Hong Kong Mile and they square off again, while Waikuku and Sky Darci – who finished further back in the field – were also among the entries released on Monday.

Healthy Happy returns to Group One company after an impressive return victory in the Group Three Chinese Club Challenge Cup (1,400m) on New Year’s Day, while Russian Emperor steps back to a mile after running third in the Hong Kong Cup (2,000m) and Kings Shield has been entered for what will be his first top-level assignment in Hong Kong.

Master Eight is poised to continue his progression in the other feature on January 23, with Frankie Lor Fu-chuen’s young gun set to race at Group One level for the first time at just his sixth start in the Centenary Sprint Cup (1,200m).

Seven of the four-year-old’s eight opponents come out of last month’s Hong Kong Sprint, with Lucky Patch a welcome sight among the entries after being involved in the horror fall that took place in the race.