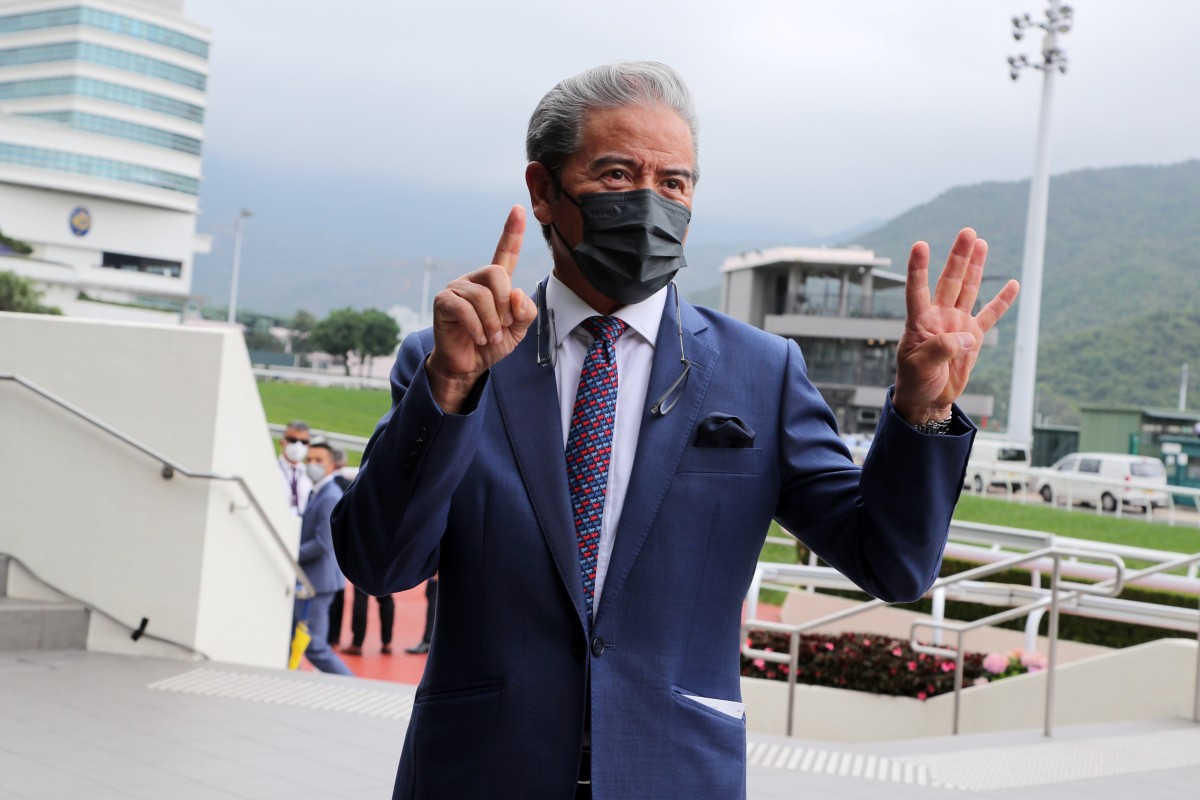 Less than two weeks after John Size became only the second person to train 1,400 winners in Hong Kong, Tony Cruz has joined him in one of the jurisdiction’s most exclusive clubs.

Cruz reached the milestone thanks to the victory of Circuit Nine in the opening event at Sha Tin on Sunday, joining Size (1,404 victories) and John Moore (1,735) as trainers with 1,400 winners or more.

“It’s an achievement. I’m hoping to break some records in Hong Kong and make some history,” Cruz said.

Cruz started his training career in 1996 after over two decades in the saddle, with his 1,401 winners as a trainer sitting aside 946 as a jockey, and the 65-year-old is proud of his longevity.

“If you count the amount of winners I’ve had in Hong Kong as a jockey and trainer, it would be 2,346. I’ve been here the longest, too,” said Cruz, who completed a double later on the card thanks to the victory of Five G Patch.

“Racing is part of my life, I love doing this business – it’s the only thing I know. Circuit Nine was the raging $1.2 favourite, so I expected him to win.”

Circuit Nine made it two wins from as many starts in the Pakistan Star Plate (1,200m) for Griffins, with the three-year-old travelling behind midfield under Matthew Chadwick before wearing down leader Lucky Banner in the straight.

Size got in on the act with a youngster of his own in the very next race, with Bundle Of Charm taking out the Class Four Makarpura Star Handicap (1,200m) on debut.

A century for Mo

Dylan Mo Hin-tung achieved a milestone of his own at Sha Tin, landing his 100th winner as a jockey thanks to Super Axiom’s success in the Class Four Precision Handicap (1,000m).

Into his fifth season in the saddle, Mo cracked the century with his seventh winner of the campaign aboard the Me Tsui Yu-sak-trained galloper.

Super Axiom rung up his second win at start 15, assuming his customary lead role from gate 14 and following the outside rail all the way to victory.

It was the four-year-old’s first win since his debut success in November 2020 and maiden success for Tsui at his seventh run for the veteran trainer after beginning his career with David Hayes.

It was a handy result for Tsui, who is having an uncharacteristically slow season with just 14 victories and still requires seven winners in Class Four or above to avoid receiving a strike for failing to satisfy the Jockey Club’s trainer’s benchmark.

Moreira back with a bang

Joao Moreira returned from suspension with a bang, stretching his lead over Zac Purton in the jockeys’ championship to seven with a brilliant four-timer.

While he missed out on $4.7 chance Senor Toba in the Group One Champions & Chater Cup, Moreira was never far from the action on the rest of the card.

His first victory came aboard Bundle Of Charm and then he reeled off wins in three of the final five races, saluting aboard Stunning Impact for Paul O’Sullivan, Frankie Lor Fu-chuen’s Beauty Live and Five G Patch in the finale.

Beauty Live rang up his fourth success at start seven in the Class Three Indigenous Handicap (1,400m) and Lor expects his versatile galloper to hold his own in Class Two.

“In my mind he’s a horse that you can let relax just behind midfield or a bit further back and he will have a really strong finish, but if the pace is a little bit slow he has showed he can go further forward,” said Lor, who remains level with Size at the top of the trainers’ premiership with 74 wins each.

Richards gets his bearings

Jamie Richards was busy meeting the who’s who of Hong Kong racing at Sha Tin on Sunday and the New Zealander hopes to have as many as 30 horses in his stable when he begins his new career at the start of next season.

Richards confirmed his assistant trainer is likely to be announced this week and together they will go about bolstering stable numbers.

“It’s great to be at Sha Tin, I only got out of quarantine [on Saturday] and it’s good to be here for the last Group One meeting of the season,” Richards said.

“They’re not queuing up, there’s plenty of room [in the stable], so we’ll just take our time and try to get around and meet as many people as we can and find the right horses. It’s not going to be easy but we’re certainly looking forward to the challenge.

“There’s four or five [horses] on the June shipment and about the same on the July shipment. I’m not really sure what sort of transfers are coming over just yet but hopefully we’ve got 20 or 30 or something like that to start off with.”