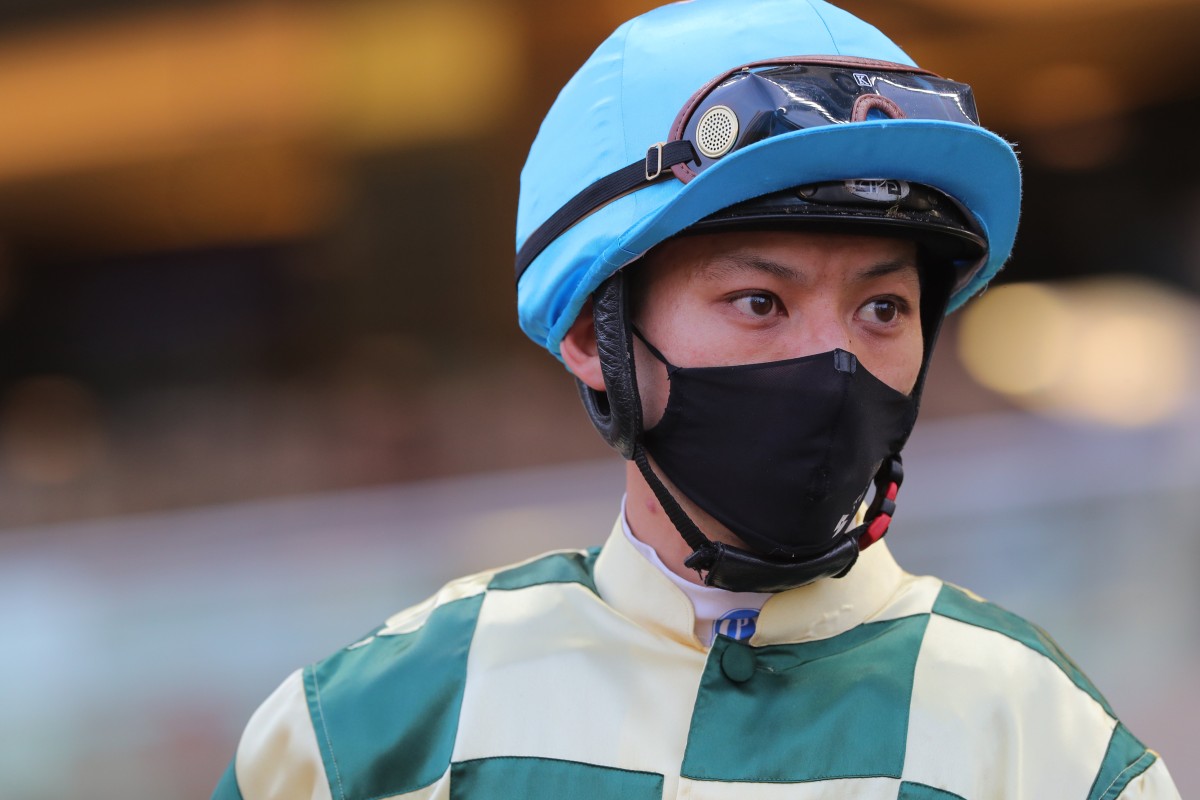 Matthew Chadwick had the choice of the two last-start winners in the field for Wednesday night’s Class Two Glasgow Handicap (1,200m) at Happy Valley, but form analysts should not read much into the International Jockeys’ Championship (IJC) qualifier picking Rewarding Together over Street Scream.

A combination of the Jockey Club programme and the forward planning of Frankie Lor Fu-chuen led to Chadwick, who has won four races on both Rewarding Together and Street Scream, committing to the Class Two regular over the galloper set to make his bow in the grade.

On October 30 at Happy Valley’s only day meeting of the season, Chadwick rode Lor-trained Rewarding Together to win the Class Two Guangzhou Handicap (1,200m) 35 minutes before he steered Tony Cruz’s progressive sprinter, Street Scream, to his Class Three Zhuhai Handicap (1,200m) success, which made him the first horse to score a hat-trick this term.

As soon as Chadwick, Lor and Rewarding Together finished posing for photographs with the galloper’s euphoric connections, the handler began making plans for the horse’s next start.

“Frankie asked me first. Straight after the race, basically,” said Chadwick, who pipped Lyle Hewitson on countback to earn the right to represent Hong Kong in next week’s IJC.

“I had to think about it before they even ran as it was a possibility they’d both go there because there was only that race on the programme for them.

“I was aware Rewarding Together would probably carry more weight, but he’s been in this grade for a while now, and he’s been very consistent in this grade. We haven’t got to the bottom of Street Scream yet. I’m not sure where it’ll end, so he’s got more upside.

“I can’t really separate them, to be honest. They’re both running well. The times in their past three runs have been quite close to each other. It just came down to the fact Frankie asked me first.”

Three on the bounce! Street Scream is in the form of his life, nailing a hat-trick of wins at Happy Valley as @mattLchadwixk seals a double. ✌️ #HKracing pic.twitter.com/LfifN6ccwY

Chadwick, who has ridden 12 winners this season to be on the fourth rung of the jockeys’ premiership ladder, is looking forward to making his first IJC appearance since 2012 because of not only the way in which the Jockey Club allocates rides but also the “different dynamic” that comes with international riders competing against Hong Kong’s finest.

“You need the luck of the barriers, but you can end up getting better rides than you might have on a normal race day, put it that way,” Chadwick said.

“The other factor that comes into play with the IJC is the overseas riders, so it’s a different dynamic. The way people decide to ride their horses and the track, it becomes a different set-up completely.”

In other news, the Jockey Club announced on Monday it will offer in-play Trainer Challenge betting for the first time during Wednesday night’s meeting.

In line with its long-standing Jockey Challenge fixed-odds product, the Jockey Club will offer Trainer Challenge prices until the start of the third-last race, provided the market is sufficiently competitive to trade in the gaps between races.

Ten handlers have won at least one Trainer Challenge market since the Jockey Club introduced it this term, with Caspar Fownes (four and a half wins from 22 meetings) leading the way from John Size (four wins), Danny Shum Chap-shing (three wins) and Francis Lui Kin-wai (three wins).

Eight riders have won at least one Jockey Challenge market this season, with Zac Purton’s 12 wins eight more than the only other multiple winner, Vincent Ho Chak-yiu (four). Purton has seven rides on Wednesday night.