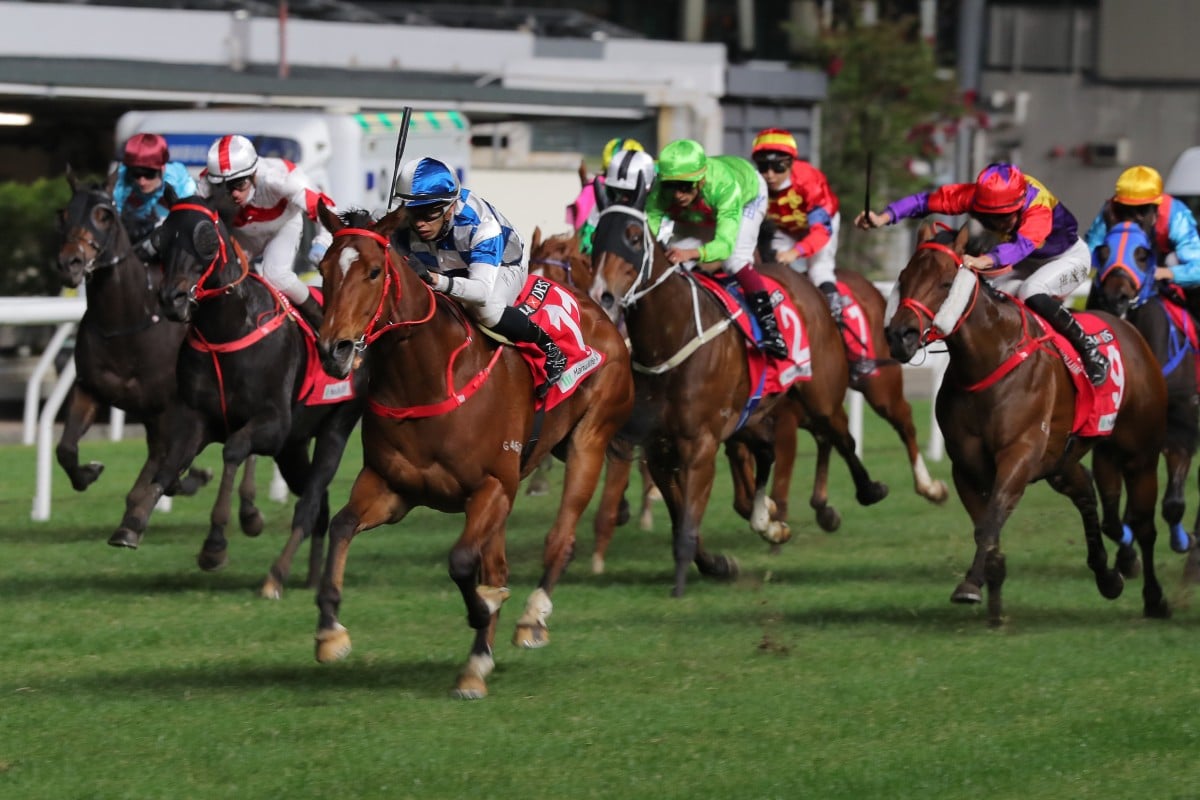 Ho missed out on the Tony Cruz Award for leading local jockey last season to Matthew Chadwick, but he is well on his way to regaining that honour.

Ho’s midweek brace lifted him to 28 wins this term, and he has also landed on a potential star in Nordic Dragon.

The HK$7 million purchase from July’s Hong Kong International Sale made back a chunk of his purchase price after winning a HK$1m bonus when making it two from two with another imperious performance to beat hat-trick-seeking Excellent Peers in the second section of the Class Three Saturn Handicap (1,200m).

He's got class and plenty of it! 🤯

Rising up the ranks rapidly, Nordic Dragon is another exciting prospect for Danny Shum Chap-shing, who is targeting the first leg of the Classic Series with the son of Starspangledbanner.

“He’s a really good horse, no doubts,” Shum said. “He’ll next run over 1,400m at Sha Tin in January, and then hopefully, he’ll go to the Classic Mile.”

The man on board was also impressed, and he is excited for the rest of the campaign.

“He’s a nice horse, still a big baby, but he’s got good quality,” Ho said. “He’s got the speed and he relaxes well, so as long he relaxes at 1,400m or a mile, he should still have a good turn of foot. He’s still growing, mentally and physically, so let’s see.”

The human highlight reel is at it again! 📽️@zpurton bags a treble as Howdeepisyourlove bolts in to cap the Australian's 16th win this month... 😳#HappyWednesday | #HKracing pic.twitter.com/7jHejuVqaR

After a treble at the course last week and a four-timer at Sha Tin on Sunday, Purton carried on his winning run with another three-timer, which included a first victory for trainer Jamie Richards when Flying On The Turf came home strongest of all to win the first section of the Class Five Mercury Handicap (1,200m).

After a quiet couple of months, trips to the winner’s enclosure are starting to come with more regularity for Richards, with Flying On The Turf becoming his fifth winner since November 30 and filling him with positivity despite looking as if he had gone the distance with heavyweight boxing champion Tyson Fury.

The usually handsome Kiwi was not looking his best after he was headbutted by a horse at trackwork on Wednesday morning, but he was pleased his new recruit had finally been able to win off a rating of 36 after coming to the city three years ago as a 74-rated private purchase after two overseas wins. 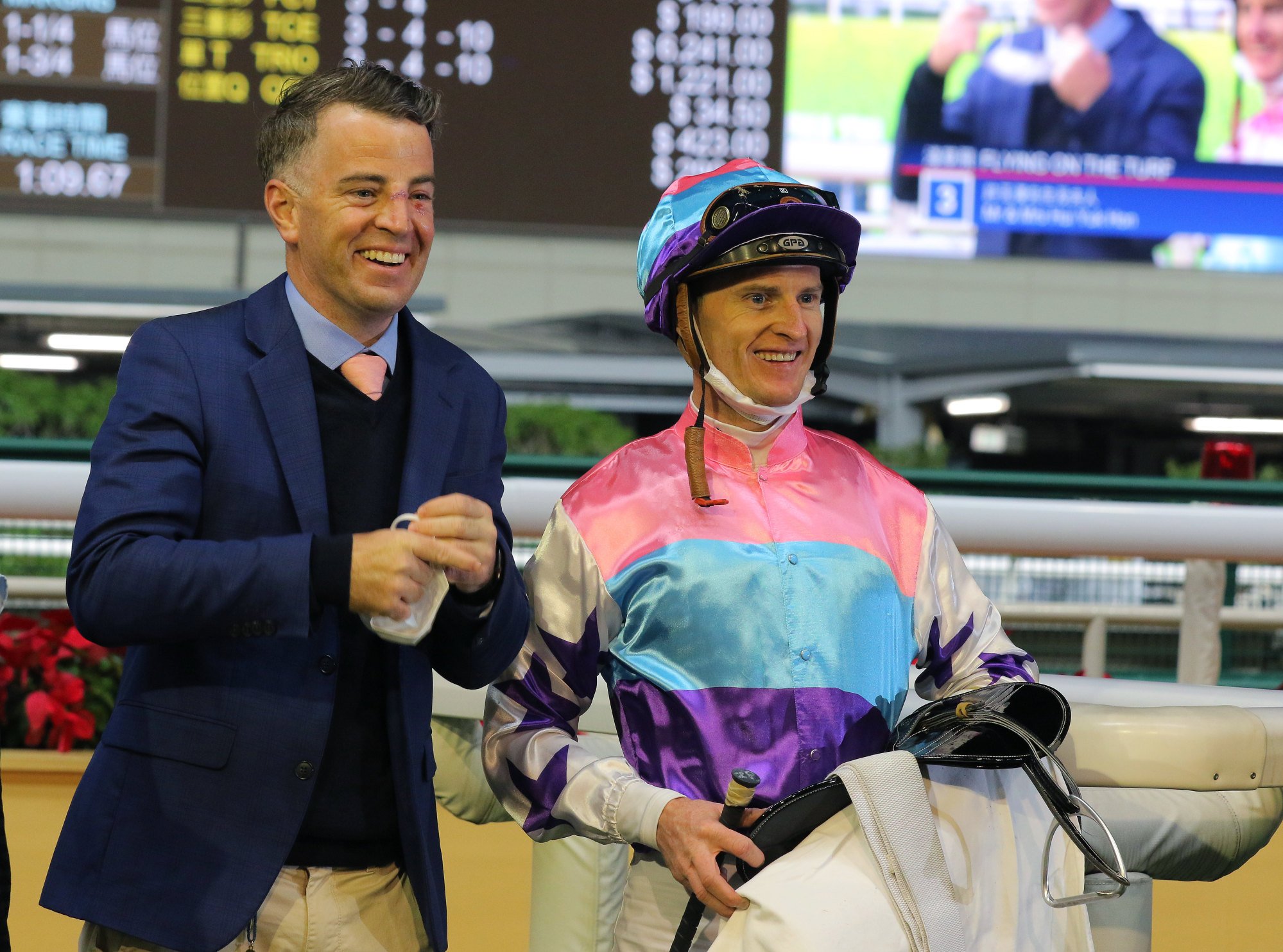 “He’s been racing quite nicely and probably came in a bit high being a PP,” Richards said. “He’s taken a bit of time to come down, but this might give him a bit of confidence.”

Purton is now just two winners shy of 1,500 in Hong Kong, and his treble was rounded out by successes on Faribault in the Class Four American Club Challenge Cup (1,000m) and Howdeepisyourlove, who was an easy winner of the Class Four Mars Handicap (1,200m).

Karis Teetan rode his first double since returning from his spell on the sidelines aboard Natural Storm in the Class Three Venus Handicap (2,200m) and Viva Popcorn in the Class Four Jupiter Handicap (1,650m).