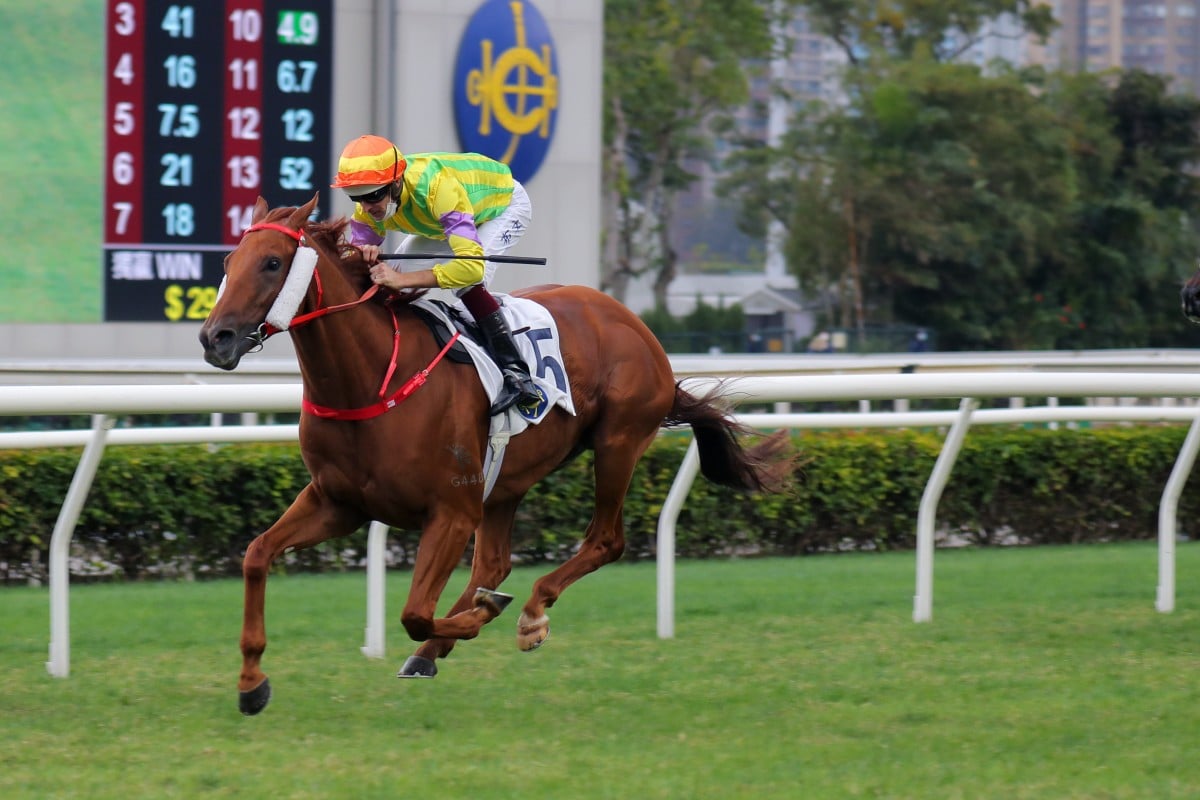 Hugh Bowman rode his first Hong Kong treble at Sha Tin on Sunday as Frankie Lor Fu-chuen’s Sword Point announced himself as a four-year-old series contender for the jockey and trainer who enjoyed Classic Mile and Hong Kong Derby successes with Furore in 2019.

The rider of six Hong Kong doubles – the first of which occurred in 2014 – Bowman partnered David Hall’s Nicholson Returns and Douglas Whyte’s Tamra Blitz to Sha Tin wins before Sword Point’s step up in trip helped him step up on his two local starts.

Sixth under Zac Purton on his Hong Kong debut over 1,400m in November and 12th in tandem with James McDonald over the same distance in December, Sword Point won the Class Three Keung Shan Handicap (1,800m) by two and three-quarter lengths from Nimble Nimbus, with Bowman one of the beneficiaries of McDonald’s post-race advice to Lor last month.

“He was very impressive,” said Lor of Sword Point, who made seven pre-import appearances for Chris Waller, winning two races and placing third in the Group Two Tulloch Stakes (1,850m) in March.

“I could see from his form in Australia he could handle the distance. James McDonald had ridden him in Australia before and after the race here he told me the horse would step up to 1,800m and 2,000m.

“Because he ran well over 1,400m in his first start, I wanted to give him one more 1,400m run. But maybe after the first run he was ready for further.

“I think he’ll [run in the Classic Mile] at his next start, but I’ll have to talk to the owner to see what he wants to do. Most owners want their horses in the four-year-old series,” added Lor, whose double – Sakewin won the Class Three Tin Wan Shan Handicap (1,200m) – extended his trainers’ premiership lead to three.

Bowman, whose Jockey Club licence will expire after the Classic Mile on January 29 but before the Classic Cup (1,800m) on February 26 unless he seeks an extension to his short-term arrangement, was full of praise for his fellow Australian import.

“He needed that extra distance,” Bowman said. “He couldn’t show that [ability] over the shorter trip, but some advice from James McDonald to go up in distance worked. He’s got a bright future.”

Nicholson Returns won the Class Four Bennet’s Hill Handicap (1,800m) to land the first leg of Bowman’s treble and improve his numbers in combination with Hall this term. The Australians have teamed up 19 times for five victories and three minor places.

Hong Kong Hughie's got a double! 👌

Last with 400m to go and unable to let down in clean air until 250m from the winning post, Nicholson Returns ran over the top of his 13 rivals to score by one and three-quarter lengths from Chater Pins.

Bowman, who has ridden 13 winners this season after taking his first assignments on November 20, is seventh in the jockeys’ premiership.