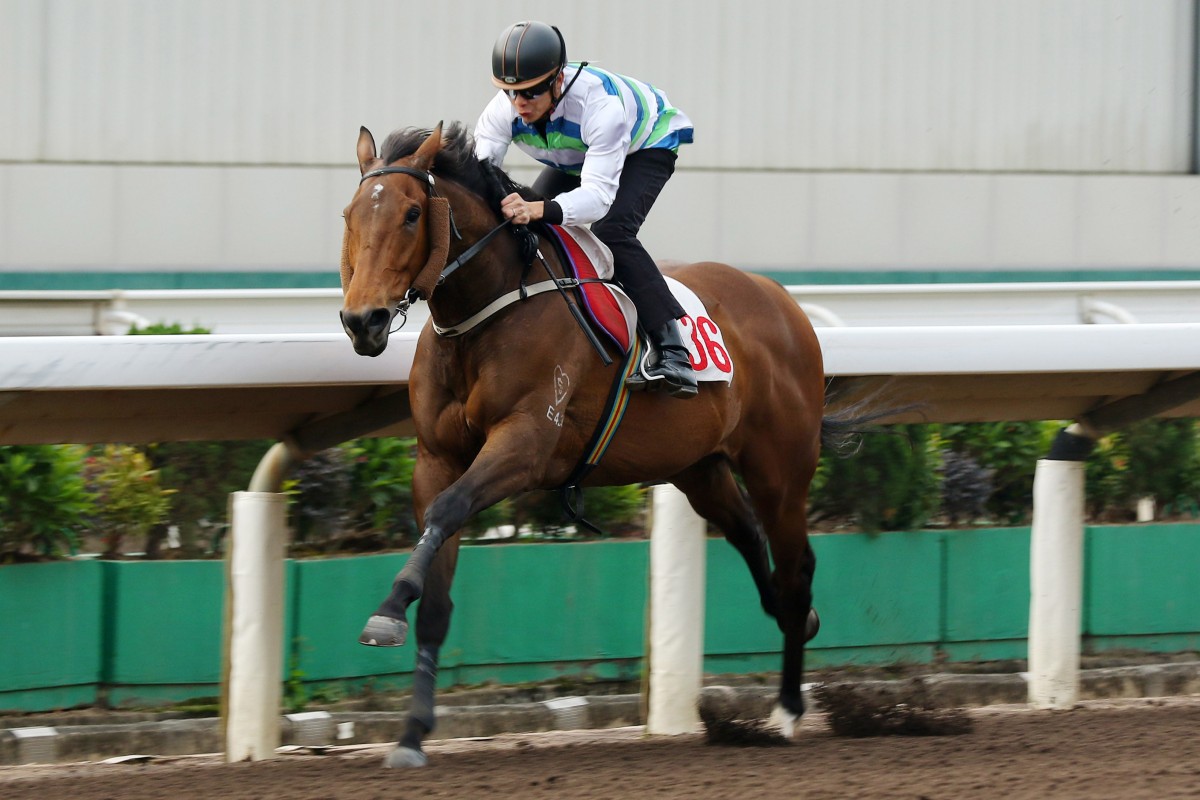 Never mind the members bar, trainers of some of Hong Kong’s most promising four-year-olds will be drinking in the last-chance saloon at Sha Tin on Sunday.

With just two weeks to go until the Classic Mile, time is running out for some of those bubbling under the very best to secure the win necessary to book their spot in the first leg of the four-year-old series.

It appears a rating of around 80 will be required to earn a spot in the Classic Mile this year, which means probably nothing less than a victory in the Class Three Ping Shan Handicap (1,600m) will be enough for Voyage Bubble to be guaranteed a start.

Ranked 43rd in the list of four-year-olds this season with a rating of 76, Ricky Yiu Poon-fai’s runner has arguably been unlucky not to have grabbed a win in two runs this campaign, finishing third to Stunning Impact on his return to action in November and runner-up to Super Sunny Sing when beaten just a neck under the returning Joao Moreira on international day last month.

One to follow! Voyage Bubble collects his second win in his three-year-old season as @mattLchadwixk bookends the Sha Tin card. ✌️ #HKracing pic.twitter.com/CeMMEYKNMP

Derek Leung Ka-chun, who rode Voyage Bubble first up this season, is back on board this weekend and he is hopeful of a good run after a fantastic recent trial, which the pair won by a massive six lengths.

“He trialled impressively and he felt very good,” Leung said. “He has been working well in the mornings and he is very honest in his races. I think the mile is suitable for him.”

If there is one negative, it’s Voyage Bubble’s outside draw in stall 10, which Leung concedes will be difficult to overcome.

“The draw won’t help him but we will still try to be handy, whether he leads or sits second or third,” Leung said.

Four wins from eight rides! 🤯 @Vincenthocy caps a superb day in the saddle with victory in the nightcap aboard Super Sunny Sing for Chris So. #LuckyStart | #HKracing pic.twitter.com/Hui7kHFN1H

“He’s flexible and hopefully he can run a good race here and boost his rating. When he is up in front, he can switch off by himself, so I think he can handle a mile.”

Voyage Bubble is not the only four-year-old in the race attempting to secure entry into the Classic Mile with Straight Arron making a quick return after disappointing in his Hong Kong debut on New Year’s Day.

Well fancied under Zac Purton on that occasion, the son of Fastnet Rock could finish only ninth behind Super Sunny Sing but trainer David Hayes is expecting far better despite a tricky draw in stall 11.

After missing out on debut success, Currie gets chance on Holy Power at Sha Tin

“I think he will improve and put his hand up this weekend – I’m hoping he does,” Hayes said.

“He’ll be ridden in the manner that he was ridden in Australia. He likes to be patient anyway so the barrier forces our hand to ride him patiently. I think the A-course mile will be much different to the C-course 1,400m and he got galloped on the other day and lost a shoe, so that upset him a bit. He escaped injury but it was enough to put him out.

“We’ll push onto the Classic Mile all going well. It depends how he races this weekend but my gut feel is that the 1,800m and the 2,000m will be in his target zone.”