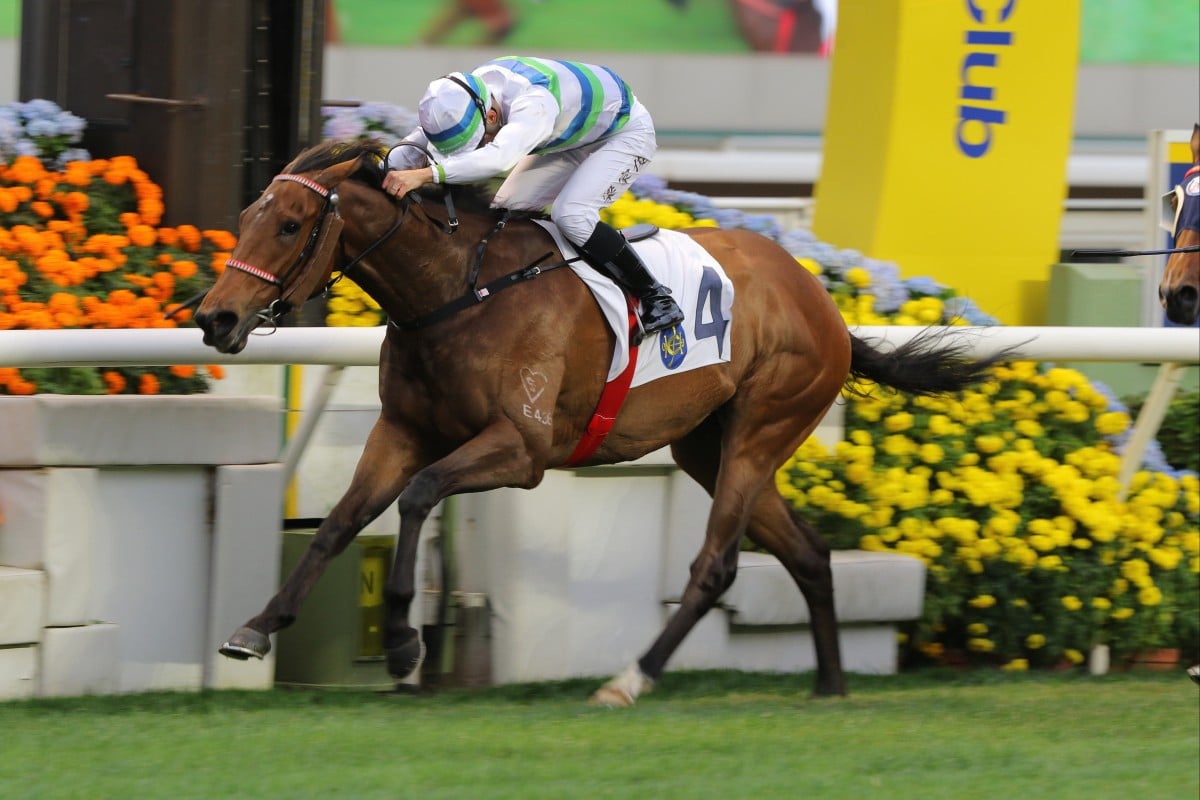 Voyage Bubble will enter the Classic Series full of momentum after making all the running in the Class Three Ping Shan Handicap (1,600m) at Sha Tin on Sunday.

With just two weeks to go until the Classic Mile, Voyage Bubble needed to win to give himself a shot at running in the first leg of the four-year-old series and he gave his connections a late fright after looking a clear-cut winner with 200m to run.

With Derek Leung Ka-chun urging him on, Voyage Bubble’s lead was cut into with every stride by the chasing pack and it ultimately took a photo finish to award him victory by a short head from a fast-finishing Happy Together, who seemed to have no chance turning for home when detached from the field in last place.

Despite the nail-biting finish, it was a case of job done for trainer Ricky Yiu Poon-fai, who is now looking forward to testing his runner against some of the best four-year-olds around.

Impressive! 🤩 After working early to find the front, Voyage Bubble kicks on strongly for his first win at his first try over a mile for Derek Leung and Ricky Yiu! #HKracing pic.twitter.com/VAavvAHDKq

“The Classic Mile is next, he should be rated 81 or 82 now,” Yiu said. “He should be competitive, front-running horses always have more of an advantage than the backmarkers.

“This was his first run over a mile and when I bought him, it was expected that he would get a mile as he has a big, long stride and is a free-running type.

“The jockey did well on him. His trial before this was a very impressive trial. I asked the jockey in the trial to get him to the front and rolling along.” Leung was aboard Voyage Bubble for his first run this season and that fantastic trial but in between was replaced by Joao Moreira, who made his Hong Kong return on international day, and the rider was pleased with how his mount performed.

“It was his first time stepping up to a mile and he was challenged at the 900m mark, so he had a tough run with top weight and it was a good win for him” Leung said.

“We had an outside draw so we had to use a bit and go along but he still did the job – it was a tough win in a tough race.”

The ride now appears to be Leung’s to lose in the Classic Mile and he is confident that Voyage Bubble will be far from disgraced should he line up in the race as planned on January 29.

“There’s a couple of horses that may go forward in the Classic Mile so it will not be an easy race for him but he’s fit, well and he can handle a mile, so I think he’ll still run a good race,” Leung said.

Yiu is not blessed with riches in the four-year-old division, with Voyage Bubble his only runner rated in the top 50 in that age group, but he boasts talent in other divisions and is now up to 20 winners for the season.