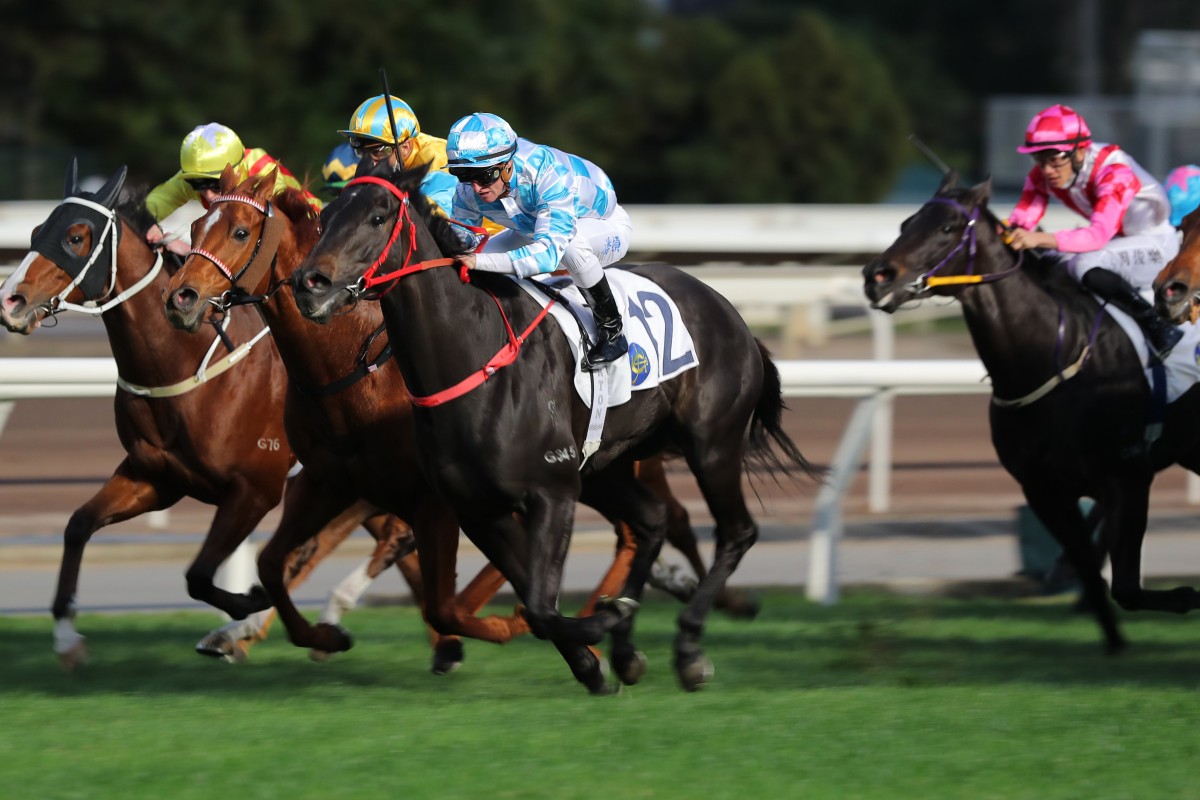 Tuchel returned from injury with a bang at Sha Tin on Sunday, turning in a winning performance that left jockey Zac Purton convinced the progressive four-year-old will be right at home in the Classic Mile on January 29.

Tuchel’s victory in the Class Two Yuen Long Handicap (1,400m) will ensure he has the rating required to line up in the first leg of the four-year-old series and should he step out in a fortnight, Purton expects him to be right up to the mark.

“He deserves his place, for sure,” Purton said. “I knew he had that ability but whether he was going to be able to produce that today, that was the question. He did it the tough way so that was a good effort.”

After winning a Class Three in his seasonal return in September, Tuchel was found to be lame in October and then was hit with the outside barrier of 14 for his first race in nearly four months.

After travelling three-wide without cover for much of the home turn, Tuchel began his run from midfield on straightening before heading Mr Ascendency inside the final 100m and holding off fellow Classic Series contender Galaxy Witness late to salute by half a length.

“It was a very good effort, he had a setback with the injury, he drew the outside gate and I wasn’t able to get in. I had to cop my medicine and just try to keep him nice and balanced and in a rhythm,” Purton said.

“He just enjoyed being back to the races. His attitude behind the gates, during the run – he was happy to be back and when he had to dig deep, he waited for me to ask him and he went and he didn’t change his leg either. It was a very big effort after such a long time off.”

The ever-succinct Size was impressed with the performance and gave the impression he is looking forward to seeing what Tuchel can do over a mile in two weeks. 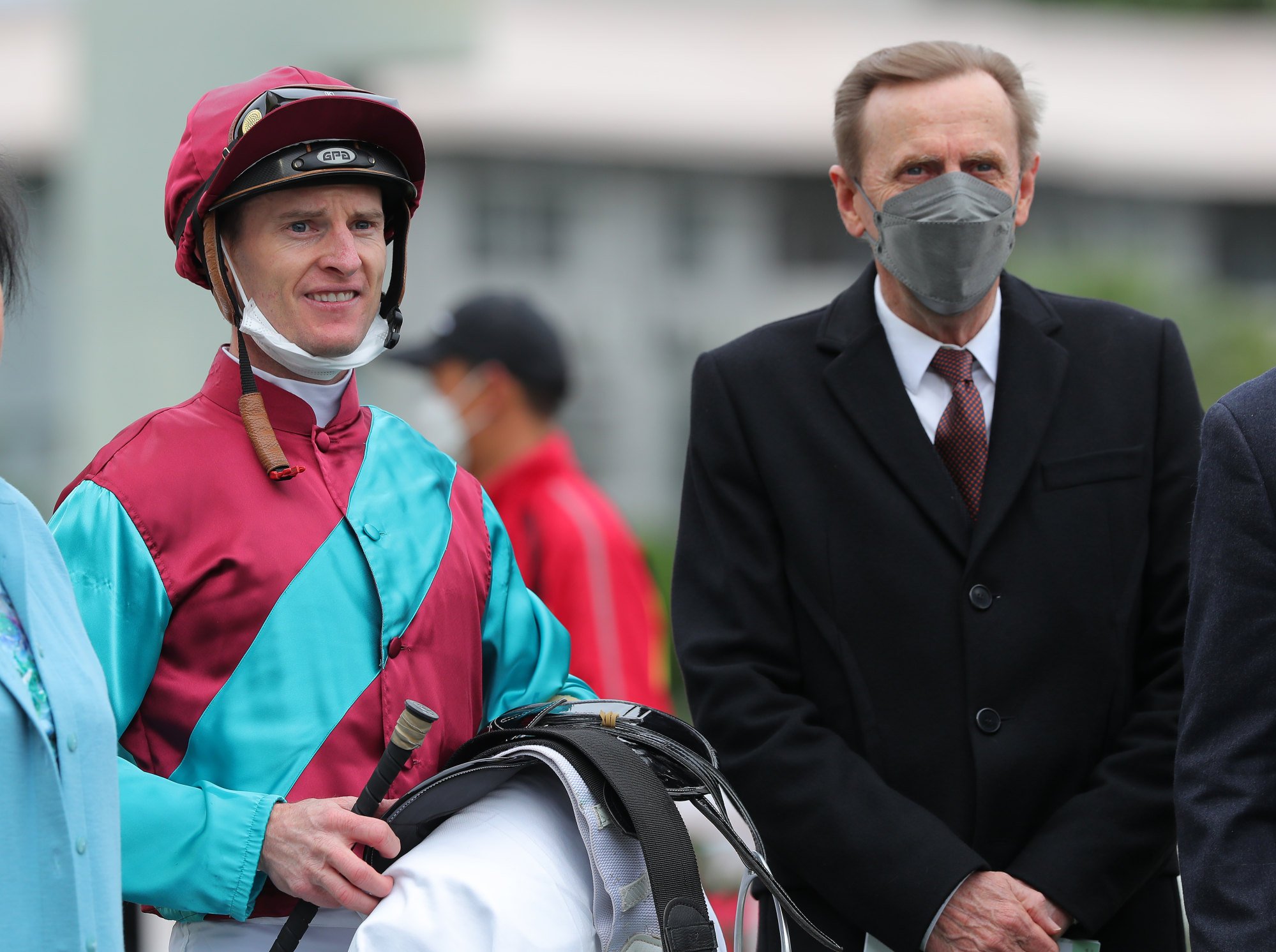 “He won well. It was a difficult day to win off a bad gate and he did it in good style,” Size said.

“I don’t like making decisions after a race but I’ll have a think about it overnight and we’ll work out what we’re going to do. He’s a racehorse and there’s nothing stopping him going around, so we’ll think about it.”

Should Tuchel proceed to the Classic Mile, he’ll be attempting to win at the distance for the first time after finishing third over the trip twice during his first campaign last season.

The son of Redwood will also need a new jockey, with Purton – who his ridden Tuchel in his past five starts and three of his four wins – committed to Francis Lui Kin-wai’s early race favourite Packing Treadmill.

Fast Buck is off the mark! @zpurton collects his first win for the afternoon as the Al Maher youngster lets rip. #HKracing pic.twitter.com/56pHKchFOU

Tuchel is likely to join at least stablemate Sweet Encounter in the Classic Mile and 11-time champion trainer Size will be bidding to win the race for a fourth time in the past eight years.

Earlier on the card, Purton and Size combined to take out the first section of the Class Four Nam Sang Wai Handicap (1,400m) with Fast Buck, who broke his maiden at start four.

The double took Purton to 76 winners for the season and extended his jockeys’ title lead over the second placed Vincent Ho Chak-yiu to 37, while Size sits on 26 victories, three behind trainers’ premiership leader Frankie Lor Fu-chuen. 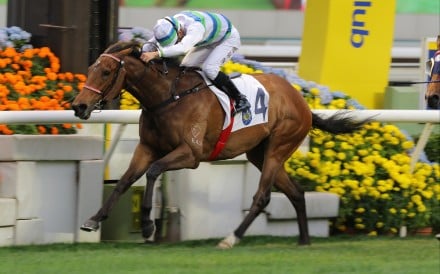