Favourite The Show enjoyed a lovely run fourth along the fence, came one off soon after straightening and drew clear after hitting the front 300m out for a second win from his past three starts. Presidentparamount kept on nicely with three wider out after a four-deep run without cover in midfield to grab second 50m out. Kiram improved to midfield coming to the final bend after travelling second from the rear for the most part, switched off heels for a clear run five deep at the 200m and wore down Lotus Breeze in the final few metres for a placing. Lotus Breeze travelled three back along the fence following a tardy break, was short of room until pulling off a tiring Supreme Flight at the 200m and just lost a placing late. Royal Partner ran on well on the far outside from the tail of the field. He'll be a live chance with a return to a mile at the Valley. Short Squeeze was caught without cover in fourth, straightened four deep and was one-paced over the final 150m. Specked late, Great Charm peaked on his run 100m out after looming a place chance 200m out.

From the outside barriers, ROYAL PARTNER and COLOSSUS were shifted across behind runners shortly after the start.

Shortly after the start, GOOD TREASURE and KIRAM were steadied when crowded for room between PRESIDENTPARAMOUNT and SUPREME FLIGHT, both of which shifted ground.

Passing the 1100 Metres, GREAT CHARM momentarily raced in restricted room inside SHORT SQUEEZE which was inclined to lay in.

After passing the 900 Metres, COLOSSUS shifted in after making contact with CHARITY KINGDOM and hampered GOOD TREASURE.

Approaching the 800 Metres, GOOD TREASURE commenced to over-race and shifted out when being checked away from the heels of ROYAL SPIRIT, resulting in COLOSSUS being crowded and taken out across the heels of CHARITY KINGDOM.

At the 800 Metres, SHORT SQUEEZE was left racing wide and without cover.

For some distance passing the 300 Metres, LOTUS BREEZE and GREAT CHARM raced tight as LOTUS BREEZE attempted to shift out away from the heels of SUPREME FLIGHT.

Approaching the 200 Metres, the tiring SUNNY PEARL was steadied away from the heels of GREAT CHARM which was taken out slightly by LOTUS BREEZE when had shifted out to establish clear running to the outside of SUPREME FLIGHT.

For the majority of the race, PRESIDENTPARAMOUNT travelled wide and without cover.

After the race, N Callan reported that COLOSSUS, which was having its first run for the season, was hampered when bumped and taken out across the heels of CHARITY KINGDOM on the first turn.

He said after being able to maintain cover throughout the middle stages, he immediately shifted COLOSSUS to the outside in the early stages of the Straight, however, the horse failed to quicken and finished off the race one-paced.

A veterinary inspection of COLOSSUS immediately following the race did not show any significant findings.

A veterinary inspection of CHARITY KINGDOM and SUNNY PEARL immediately following the race did not show any significant findings.

THE SHOW and PRESIDENTPARAMOUNT were sent for sampling. 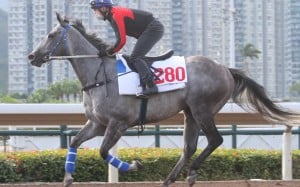 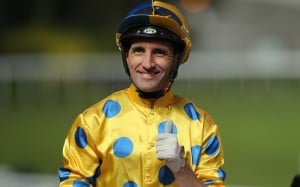 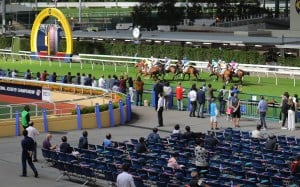 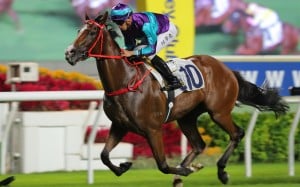 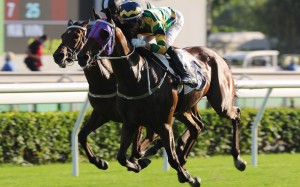 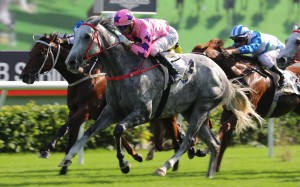 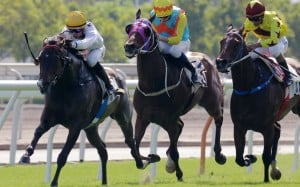