Early favourite Great Son rolled forward to share the lead with Travel Successor at the 950m from a wide gate, build a narrow advantage at the 200m and kept on gamely for a second straight win. Travel Successor wouldn't go away after jumping alertly to hold the fence in front. He's capable of big runs but has trouble winning. Post-time favourite Sunny Orient came on well from behind midfield to fill a placing. He's racing consistently following and might be able to get away with a race soon. Perfect Choice kept on reasonably well to just miss a placing after rolling forward from midfield at the 550m without cover three-deep the entire trip. He's not genuine but it was a pleasing effort on this occasion from an outside gate. Rookie Star came on late near the inside without menacing from the rear of the field. Too bad there's no 1,400m races at the Valley for him. M Reborn never looked a threat with a late move from near the back.

MONEY WINNER was withdrawn on 23.4.19 by order of the Stewards acting on veterinary advice (restricted action both front legs) and was replaced by Standby Declared Starter GREAT SON (Apprentice C Wong).

Before being allowed to race again, MONEY WINNER will be subjected to an official veterinary examination.

WINNING CIRCLE began only fairly and then when being ridden along shortly after the start was crowded for room between SUNNY MAJOR and M REBORN which was taken in by GREAT SON.

OUR HONOUR shifted out at the start, resulting in SUNNY ORIENT being crowded for room inside HAPPY SOUND which became unbalanced after being bumped by SHOW MISSION which shifted in.

After this, despite being ridden along, HAPPY SOUND was slow to muster speed.

From the outside barrier, ROOKIE STAR was steadied in the early stages and shifted across behind runners.

After initially being shifted across behind runners to obtain cover from a wide barrier in the early stages, PERFECT CHOICE was left racing wide after the 1000 Metres and then without cover from passing the 700 Metres.

SUNNY ORIENT got its head up when making the turn near the 1050 Metres awkwardly.

Passing the 1050 Metres, M REBORN was awkwardly placed outside the heels of WINNING CIRCLE which got its head on the side and shifted out when racing close to the heels of OUR HONOUR.

Approaching the 800 Metres, SUNNY MAJOR momentarily raced in restricted room between TRAVEL SUCCESSOR and GREAT SON which shifted in before being directed back out to relieve the tightening.

Also approaching the 800 Metres, WINNING CIRCLE commenced to travel keenly and got its head up when being checked away from the heels of OUR HONOUR.

Making the turn after the 600 Metres,, PERFECT CHOICE lay in towards the heels of SUNNY MAJOR which shifted out marginally.

Passing the 200 Metres, M REBORN was shifted out from behind SUNNY MAJOR to continue improving.

When questioned regarding his riding of ROOKIE STAR in the Straight, R Bayliss stated that passing the 300 Metres he directed his mount to the inside of SHOW MISSION and was able to obtain clear running.

He said as he committed ROOKIE STAR to the outside of LIGHTNING MISSILE, he had to wait a number of strides to ensure that there was sufficient room between LIGHTNING MISSILE and HAPPY SOUND as he was concerned that movement from either horse would result in ROOKIE STAR being crowded for room.

He said when he was satisfied that neither LIGHTNING MISSILE nor HAPPY SOUND was going to shift ground, he immediately rode his mount hard to improve between those horses and ROOKIE STAR then finished off the race well.

R Bayliss was advised that his explanation would be reported, however, he was to ensure that he avails himself of the opportunity to improve his positions where circumstances permit and also to ensure that after committing to a run he then makes every endeavour to ensure that his mounts improve into those runs at the earliest opportunity.

A veterinary inspection of SHOW MISSION, WINNING CIRCLE and LIGHTNING MISSILE immediately following the race did not show any significant findings. 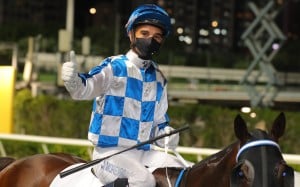 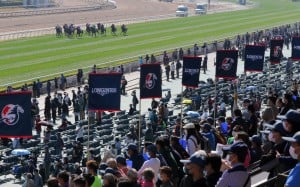 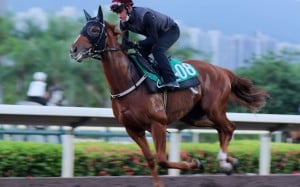