Battles lines drawn between the world's two largest economies
+ FOLLOW
Register and follow to be notified the next time content from US-China Trade War is published.
Link Copied

Background and explainers on the trade war between China, led by President Xi Jinping, and the United States, and its President Donald Trump. Having started in July 2018, the prolonged conflict reached a turning point in January 2020 with the signing of the phase one trade deal, but not after it had weighed heavily on the global economy for 18 months due to additional import tariffs levied by both China and the US. The US has accused China of unfair trading practices, including intellectual property theft, forced technology transfer, lack of market access for American companies in China and creating an unlevel playing field through state subsidies of Chinese companies. China, meanwhile, believes the US is trying to restrict its rise as a global economic power. 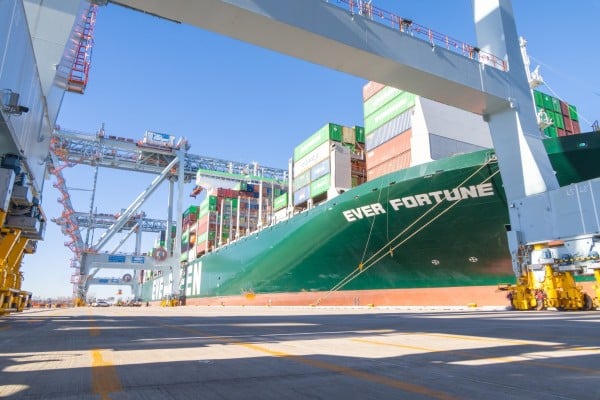 China
China’s ambassador continues push to enlist US business allies against tariffs
For the second time in two weeks, a senior Chinese diplomat in the US speaks with members of the business and trade community about tensions with Washington.
15 hours ago
19 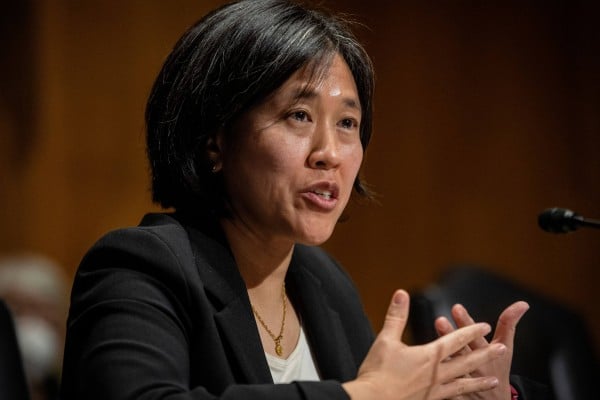 United States & Canada
US lawmakers push for more tariff exclusions on Chinese goods
The duties are hurting American firms and workers, say more than 140 members of Congress in a letter to US Trade Representative Katherine Tai.
20 Jan 2022 - 9:29PM
103 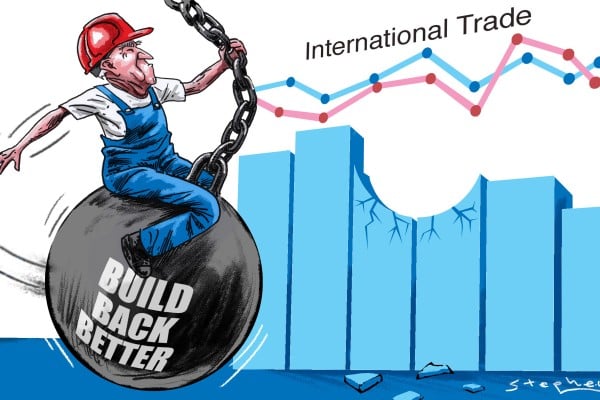 Opinion
Opinion|One year on, Biden’s trade policy leaves a lot to be desired
Despite pledges of support for open markets, the US president is pursuing the protectionist policies of his predecessor. Meanwhile, his promise to improve public welfare and worker well-being has yet to materialise.
20 Jan 2022 - 5:30PM
2 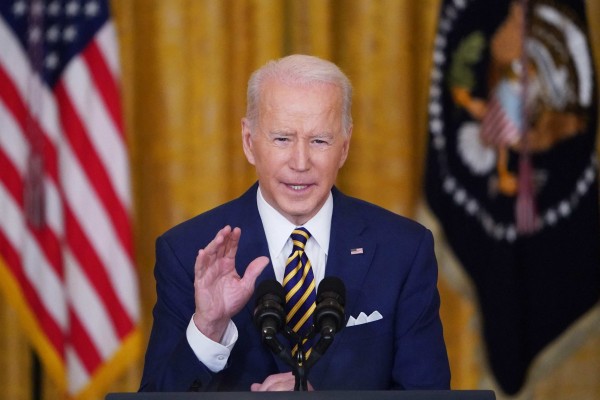 China Economy
China balks at Biden’s insistence on maintaining Trump-era tariffs
Commerce ministry says removing Washington’s punitive tariffs is ‘conducive to the recovery of the global economy’, but President Joe Biden says ‘we’re not there yet’.
20 Jan 2022 - 10:32AM
55 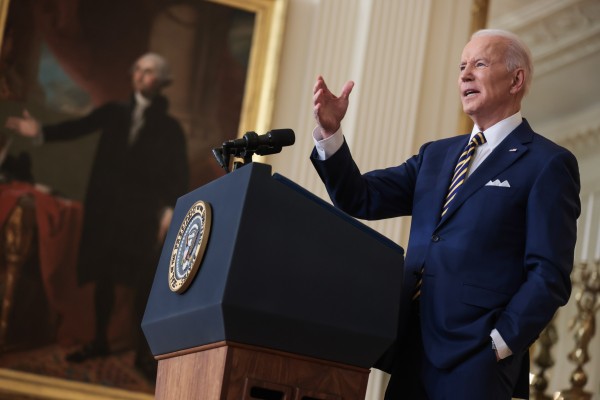 China
Biden says he won’t lift tariffs on Chinese goods, citing phase one trade deal
US president says China is not meeting its commitments, made under the Trump-era trade agreement, to purchase more American goods.
20 Jan 2022 - 1:50AM
106 China Economy
US money or Chinese public’s fury: the stark choice for China’s apparel firms
Exporters and factory owners in China’s manufacturing hub are bearing the brunt of the new law, which looks to have sweeping implications on global trade and could result in some foreign companies leaving China.
20 Jan 2022 - 1:35AM
138 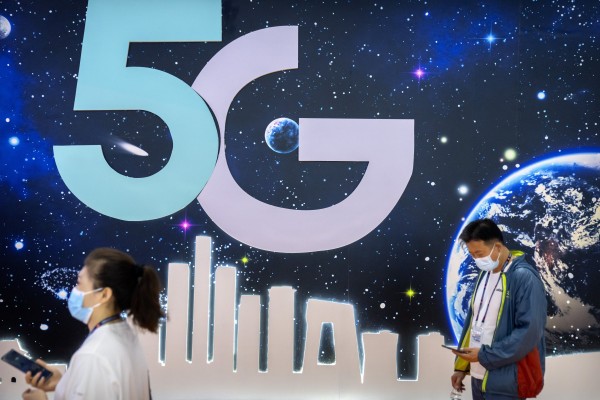 Diplomacy
Former Chinese vice-premier calls for technology cooperation with US
Zeng Peiyan tells event organised by Beijing think tank that Washington is to blame for politicising the matter.
19 Jan 2022 - 3:59PM
31 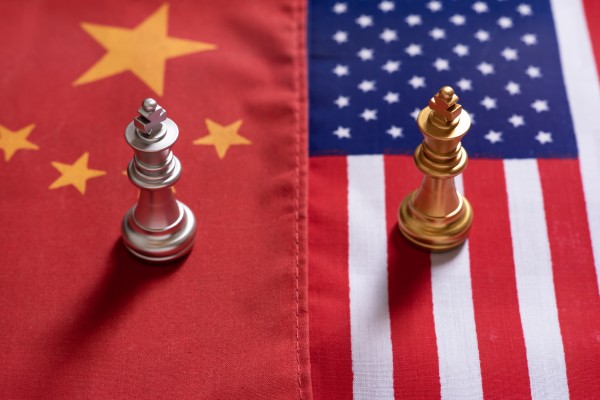 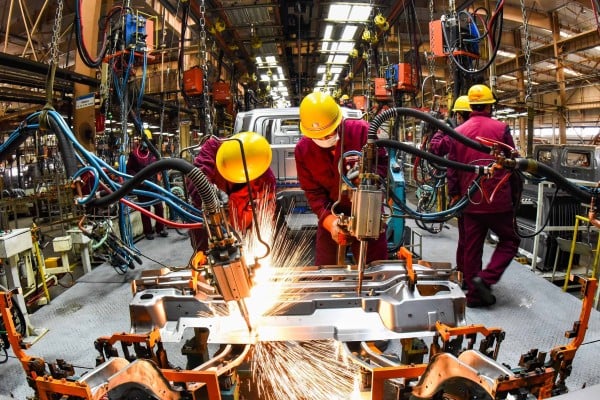 China Economy
China GDP growth slows as population crisis, Covid-19 cloud economic outlook
China’s economy grew by 8.1 per cent last year, beating most expectations, but a slowdown in the fourth quarter has pointed to trouble ahead amid a worsening demographic picture, slowing property market and virus outbreaks.
18 Jan 2022 - 1:29AM
28 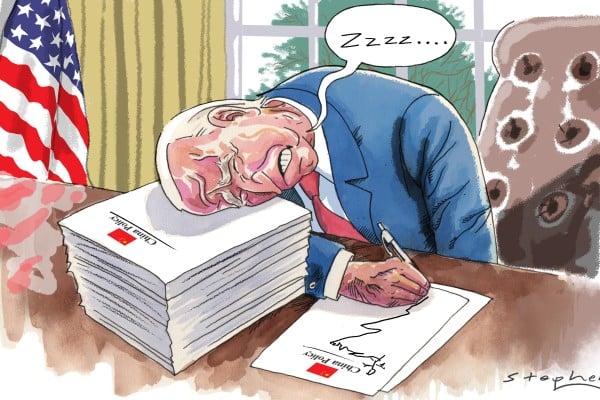 Opinion
Opinion|After a year of talk, we’re still waiting for Biden’s China policy
The US president has made it clear he wants to compete with China, but while his rhetoric has united Democrats and Republicans, it has done little else. With no China expertise within his team or any chance to meet Xi face to face, Biden’s China policy is suffering and his window of opportunity narrowing.
16 Jan 2022 - 5:30PM
16 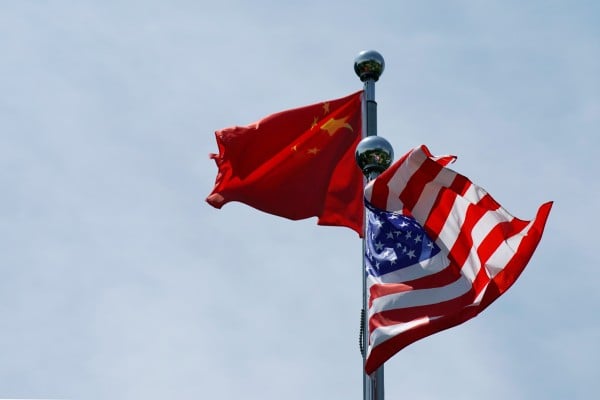 Diplomacy
China, US tensions unlikely to ease but they could maintain ‘a hot peace’
Domestic agendas ‘may or may not work to lessen the strain’ this year, according to Wang Jisi, a senior Chinese foreign policy adviser.
15 Jan 2022 - 2:30PM
69 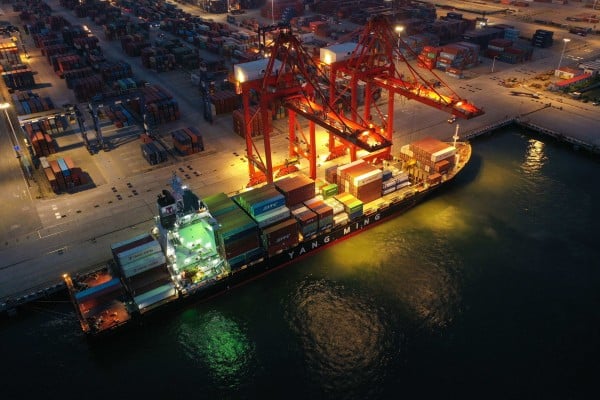 Economic Indicators
After 2021 brought China record trade, what’s in store for 2022?
Analysts expect Chinese exports to remain bolstered by foreign demand for pandemic-related goods and electronics, but conditions that led to China’s largest trade surplus on record could change over the coming year.
17 Jan 2022 - 7:24AM
4 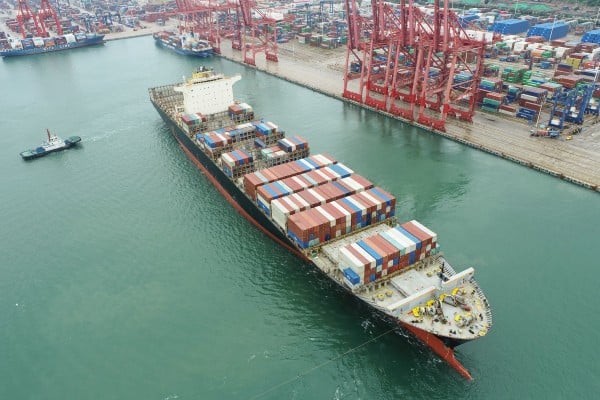 Economic Indicators
China trade strong in 2021, but signs of economic slowdown in December
China’s exports grew by 29.9 per cent in 2021 compared to the previous year, while imports last year grew by 30.1 per cent over the same period, customs data released on Friday showed.
14 Jan 2022 - 3:52AM
13 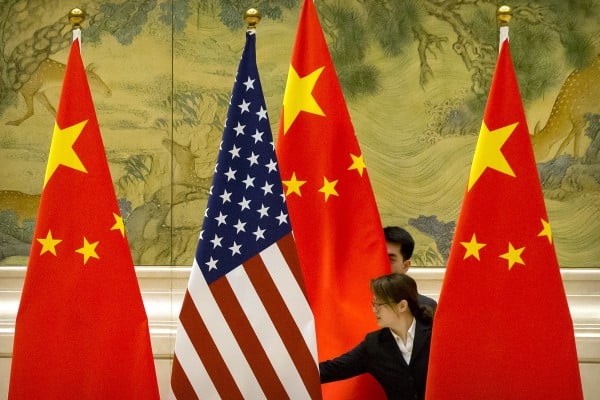 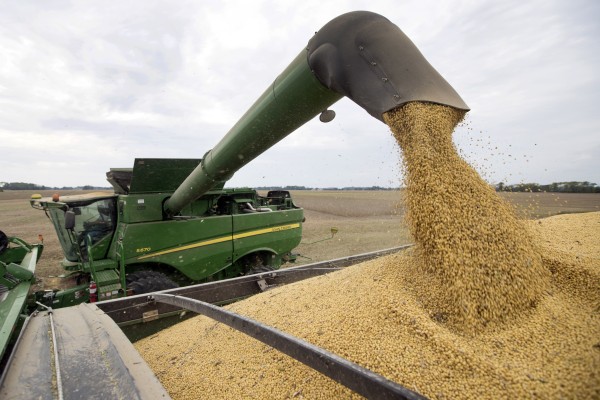 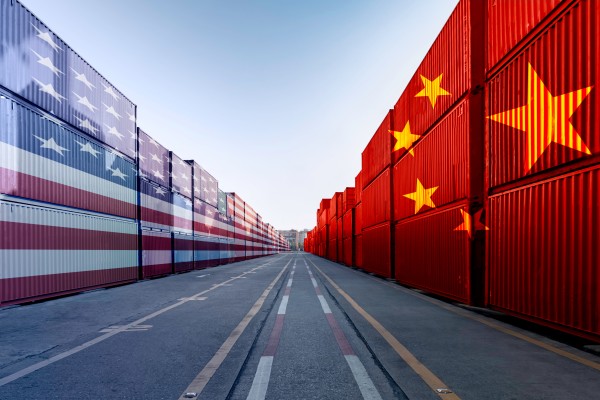 Opinion
Opinion|The world needs the US and China to end their trade war
As global growth slows, the US must increase government spending and taxation, while China can pick up the remaining slack through heavier investment spending. Most importantly, a return to strong US-China bilateral trade would do much to restore economic confidence.
10 Jan 2022 - 7:57PM
23 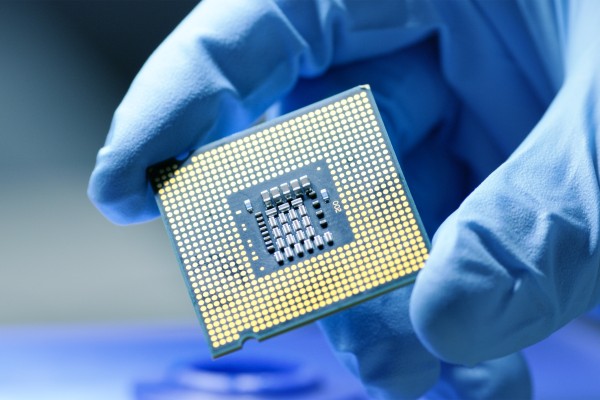 China Economy
Semiconductor demand sees Taiwan’s exports to mainland hit record high
Taiwanese official says that US sanctions have led to a significant increase in mainland demand for Taiwan’s chips, and that strong demand will continue until the mainland’s chip technology is upgraded.
10 Jan 2022 - 12:30PM
77 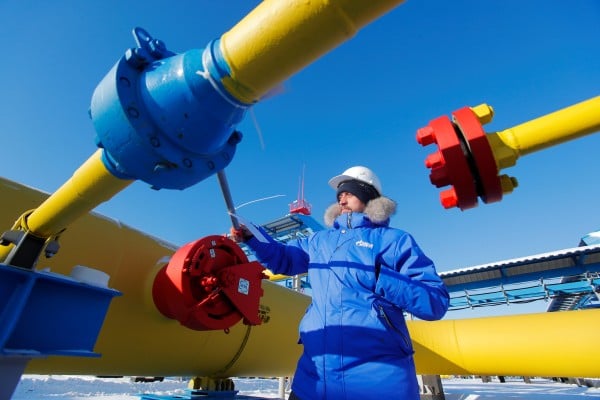 China Economy
China after natural gas from Russia amid deteriorating ties with Australia, US
China is becoming increasingly reliant on liquefied natural gas (LNG), and much of it comes from Australia and the United States, putting the supply at risk of trade tensions.
8 Jan 2022 - 6:53AM
124 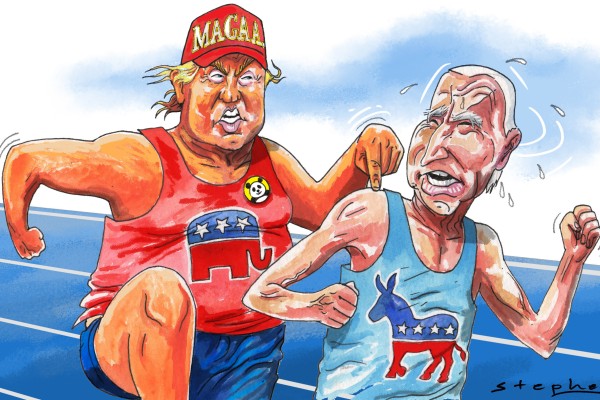 Opinion
Opinion|Why China has reason to wish for a Trump presidency in 2024
While we could expect China hawks to dominate his team in any comeback, his disdain for allies and military adventures, and penchant for deal-making, will chime with a Beijing hoping to cool US-China tensions.
7 Jan 2022 - 7:15PM
19 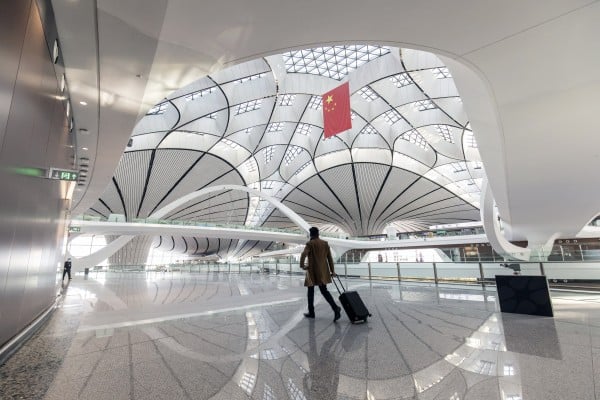 China Economy
US-China agreement speeds up entry for American businesspeople and families
Quicker invitation letters are to be issued from local authorities, but final approval is still up to them, and extension to family members is limited to those under 18 years old.
6 Jan 2022 - 9:30AM
7 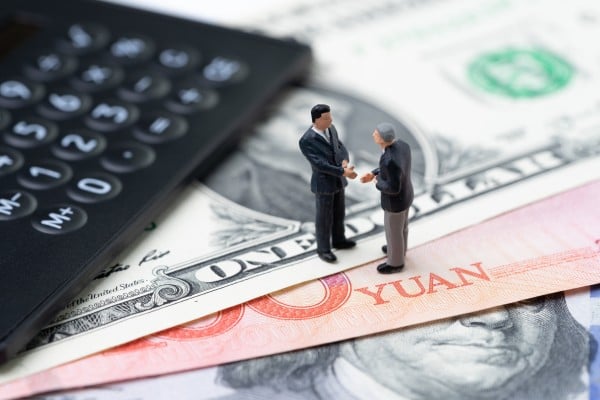 China Economy
‘Stalemate’ in US-China reach trade talk despite expiry of phase-one deal
Talks between Vice-Premier Liu He and US Trade Representative Katherine Tai and US Treasury Secretary Janet Yellen have yet to happen despite the expiry of the phase-one trade deal last week.
5 Jan 2022 - 1:32AM
49 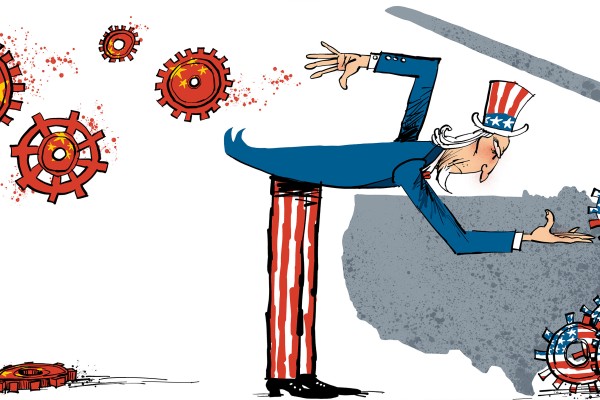 Opinion
Opinion|If economic gains no longer sustain US-China relations, what will?
With economic trends getting worse and calls for US companies to bring production home growing louder, the future foundation for the US-China relationship is unclear. Foreign direct investment appears to be the one area of mutual, sustained interest.
2 Jan 2022 - 5:30PM
17 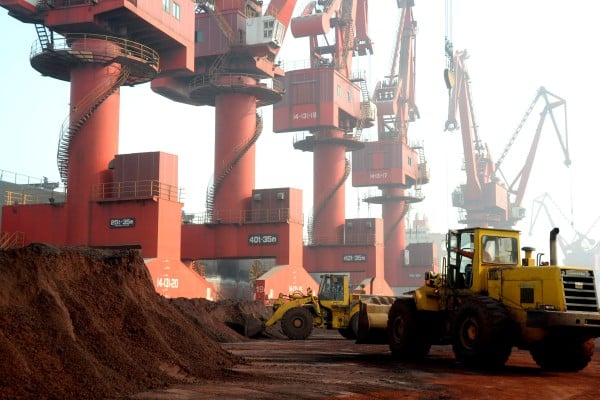 Diplomacy
Race to secure critical minerals the new frontier in US-China rivalry
Team of experts says a multi-agency mechanism modelled on the US system will help ensure supply security.
2 Jan 2022 - 3:45AM
87 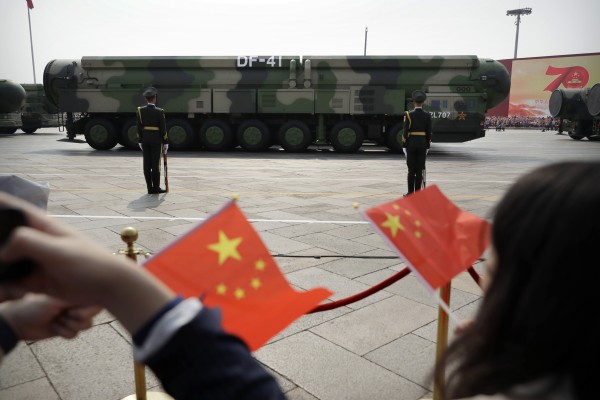