Caspar Fownes’ star was a distant second to Special Fighter on a Meydan track with a clear speed bias, but it was enough to convince the trainer to take on the world’s best dirt horses in US$10m feature 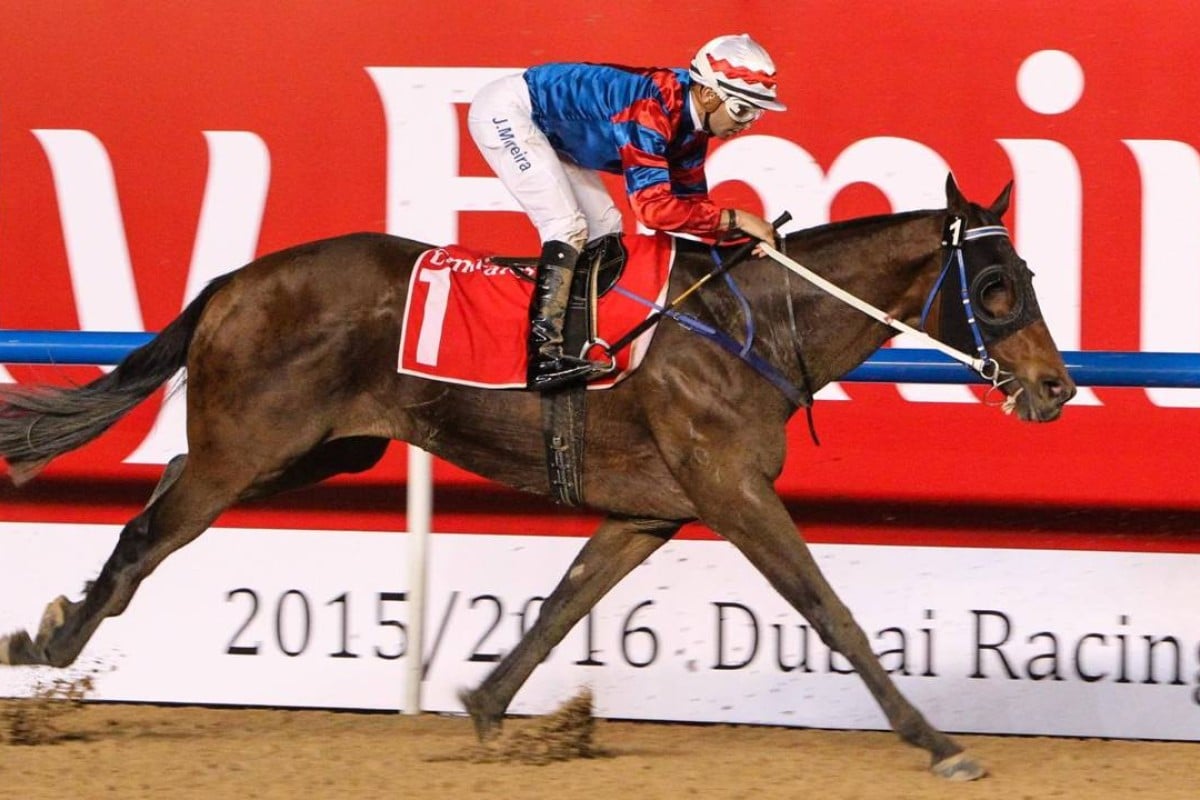 Gun Pit finishes second in the Al Maktoum Challenge Round Three, all but guaranteeing him a spot in the US$10m Dubai World Cup on March 26. Photo: HKJC

Caspar Fownes is allowing himself to dream of Dubai World Cup glory later this month after Gun Pit all but booked a place in the world’s richest race with a brave second on the Dubai dirt last night.

Absolutely, now we go to the World Cup. I’m happy with that
Caspar Fownes

Fownes had thrown Gun Pit into the deep end against some classy rivals in the Group One Al Maktoum Challenge Round Three (2,000m) and the five-year-old responded by laying claims to a spot for the US$10 million feature over the same course and distance on March 26.

“Absolutely, now we go to the World Cup,” an ecstatic Fownes said after the race. “I’m happy with that, we were beaten less than five lengths and I think we can improve him, so who knows? Maybe we are in with a chance. We know he handles the surface now, and we know he gets the 2,000m.”

Musabah Al Muhairi-trained outsider Special Fighter led all the way in the US$400,000 race on a fast track playing to front runners and leaving back markers with seemingly no chance of making ground.

Gun Pit’s effort in defeat was impressive, especially given the aggressive tactics Joao Moreira was forced to employ due to the track conditions.

Moreira rode Gun Pit against the horse’s usual hold-up pattern in an effort to be closer to the pace, pushing on from gate one and sitting in the box seat behind the leader, and even after overracing a touch in the early stages, Gun Pit was still able to rally upon straightening. 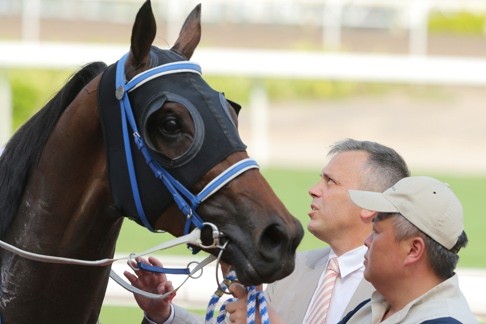 “Every race leader had won on the night and they had won impressively, we just said we had to take advantage of the gate,” Fownes said. “We just have to pray that the surface changes a little bit for World Cup night because we would love to ride him a bit quieter, how he likes to be ridden, and still have a chance.”

Earlier in the evening, Michael Chang Chun-wai’s Rich Tapestry was third as a heavily backed favourite in the Group Three Mahab Al Shimaal, beaten by another Muhairi-trained leader, Muarrab.

On face value, Rich Tapestry seemed a little flat, yet Chang remained confident his “old man” would be back at his best on World Cup night in the Group One Golden Shaheen over the same course and distance.

“You can see the time,” Chang said, after Muarrab broke the track record in stopping the clock at 1:10.2. “We could not beat that. I’m not disappointed with my horse, I think he has done his job and now we’ll look ahead to the Golden Shaheen.

I’m not disappointed with my horse, I think he has done his job and now we’ll look ahead to the Golden Shaheen
Michael Chang

“He always tries hard and he did that again today. He’s an old man and he knows the job better than me so I’ll just keep him fresh.”

Chang’s veteran had handled his opposition easily just over three weeks earlier in the Group Three Al Shindagha Sprint and three of those horses were among his five rivals again.

But this time Muarrab, runner-up to Rich Tapestry last start, was able to control the race from in front under Paul Hanagan, with Gerald Mosse settling just off the speed on the Hong Kong raider. The local was then able to boot away by more than five lengths, leaving Rich Tapestry languishing. 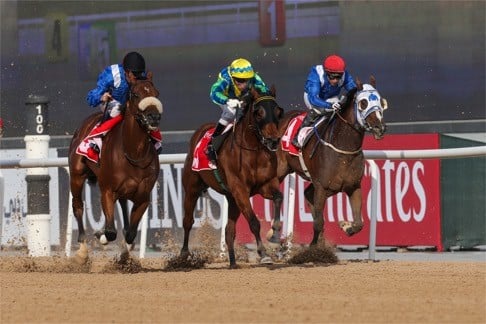 “I think Rich Tapestry’s time from last time to this time would be similar but the winner went much faster and there’s nothing I could do,” Mosse said post-race. “He broke fast and he kicked in the straight – he broke my horse when he kicked.”

“The pace was really strong from the gate and I didn’t want to burn myself to try to go faster than him, so I just tried to give myself a chance. He really respected that and gave a nice blow when I asked him in the straight. He still tried to stretch – I’m very pleased with the horse because he gave his best.”