John Moore-trained pair both impressed ahead of big targets later this month, but both have not got a firm jockey booking ahead of their assignments Not Listenin’tome gets home ahead of his Al Quoz Sprint assignment, just getting the better of Golden Shaheen-bound Super Jockey. Photo: Kenneth Chan

Not Listenin’tome and Helene Paragon are headed to big race assignments in great form after impressive handicap wins yesterday but their trainer John Moore is still unsure who will ride the pair next time out at Group One level.

Not Listenin’tome looks one of the leading hopes for the Group One Al Quoz Sprint in Dubai on World Cup night after carrying top weight in a Class One over 1,000m, but winning jockey Zac Purton won’t be aboard because of a Group One commitment in Japan.

Similarly, Helene Paragon stormed into Hong Kong Derby contention with a rating-boosting Class Two victory under Joao Moreira, but the Brazilian rider has not committed to a horse for the race on March 20. 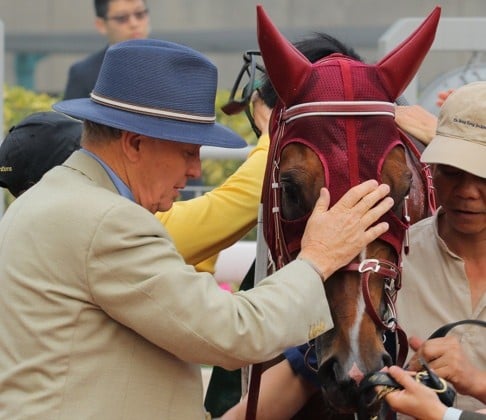 “I don’t know what Joao will be riding, he will give me the answer tomorrow,” Moore said of Moreira, who has to choose between Helene Paragon and Tony Cruz-trained Giovanni Canaletto – an eye-catching fifth in the traditional Derby lead-up, the Classic Cup.

If Joao can’t ride Helene Paragon, we will ask Tommy Berry to come up from Sydney
John Moore

“If Joao can’t ride Helene Paragon, we will ask Tommy Berry to come up from Sydney – we have already cleared that with the owner.”

Purton will forgo rides on World Cup night in favour of partnering Aerovelocity in the Group One Takamatsunomiya Kinen in Japan and Moore is hoping Ryan Moore can ride Not Listenin’tome in the US$1 million Al Quoz. “But we are still awaiting confirmation from Ryan,” Moore said.

The champion English jockey rode last year’s Al Quoz winner Sole Power to third in the Meydan Sprint on Saturday in Dubai, but is expected to be replaced by regular pilot Chris Hayes on that horse in the main event, leaving him open to take the ride on Not Listenin’tome. 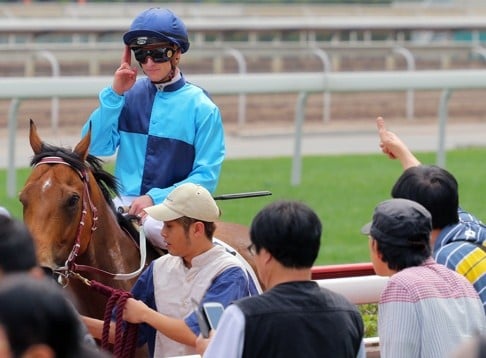 Whoever rides Not Listenin’tome, both Moore and Purton believe they will be riding a horse that will have taken improvement from yesterday’s fighting victory.

“He was a little underdone so you can expect to see an even better horse in Dubai,” Moore said after the five-year-old nailed another Dubai-bound sprinter, Super Jockey, in a photo finish.

“John had obviously backed off him with Dubai in mind,” Purton added. “When you consider that and see what he did with that weight against those horses, it really was a very solid effort.”

Moore could have four runners in the BMW Hong Kong Derby on March 20 after Helene Paragon’s win, with the Spanish-bred import elevating his rating into the 90s and giving the impression that 2,000m will be ideal. 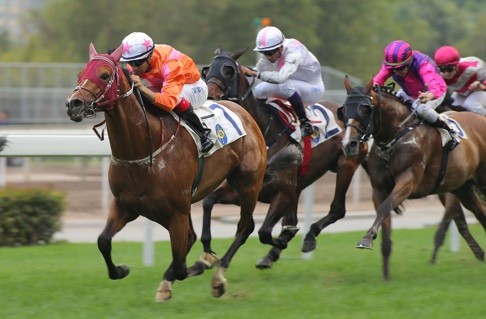 “He still isn’t there as a horse yet, he has never been fully tested and even in winning, we didn’t see the best of him today,” Moreira said.

“That was only his third run here and even though he didn’t race beyond 1,600m overseas, I think the longer it gets here, the better it is going to be for him. He will have learnt a lot from this race, he is a lovely horse and I believe they are going to have a lot of fun with him.”

Moore already had Werther and Victory Magic safely in the Derby field before yesterday, but White Magic may also gain a spot when the field is announced on Wednesday after a fifth behind Helene Paragon.