The trio will fly out to the Middle East later this week, along with last year’s Golden Shaheen runner-up Super Jockey and Al Quoz fancy Not Listenin’tome 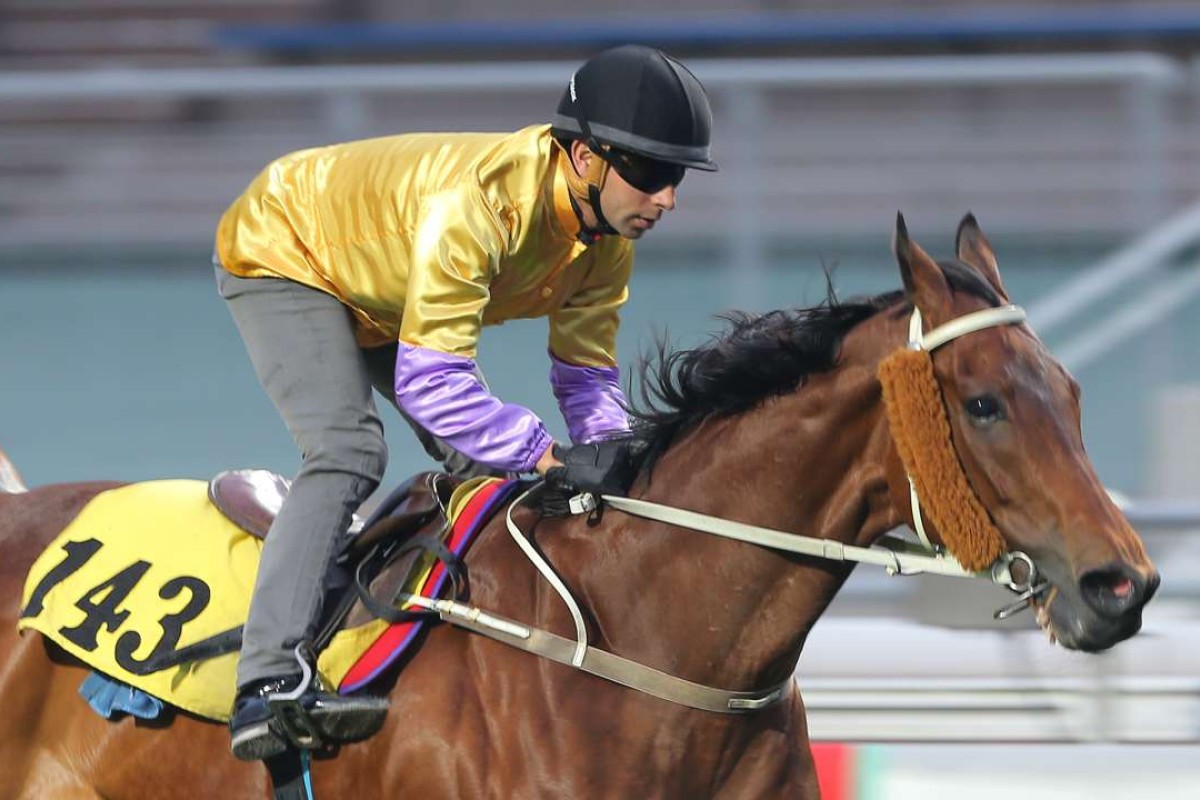 Peniaphobia looks ready to go one better in the Golden Shaheen after a strong turf trial on Tuesday morning. Photo: Kenneth Chan

Three Dubai-bound sprinters were the star attractions at yesterday’s Sha Tin barrier trials as Peniaphobia, Master Kochanwong and Domineer rounded out their preparations ahead of the Dubai World Cup meeting at Meydan on March 26.

Peniaphobia will return to Dubai for another crack at the Group One Al Quoz Sprint (1,000m) down the straight and was kept under a strong hold by Joao Moreira in his 1,000m heat, with the Tony Cruz-trained speed machine to depart in the early hours of Thursday morning. 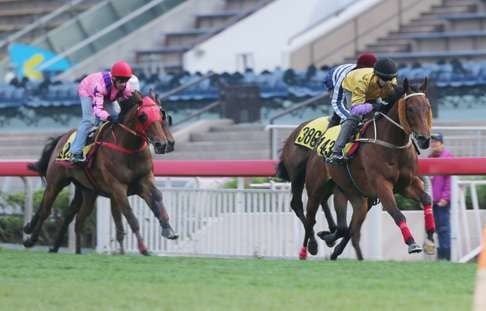 Peniaphobia ran a leisurely 57.70 seconds up the straight course, and just behind him a fresh Packing Pins (Gerald Mosse) made an encouraging return to the trials after a recent setback.

A winner of six from 11, Packing Pins finished runner-up at Group Three level at his last start but since then suffered an injury to an eye during another turf trial in January.

Packing Pins was struck by a clod and after the eye became infected, the talented sprinter was forced to undergo surgery later in the month. The gelding was wearing pacifiers in yesterday’s trial to ensure his eyes stayed protected and the five-year-old moved extremely well throughout. 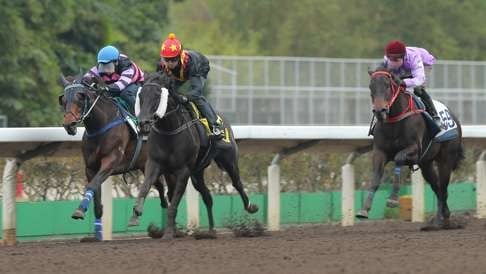 Joining Peniaphobia on the plane will be dirt tracker Domineer, who Frankie Dettori will ride in the US$2 million Golden Shaheen (1,200m), but had Vincent Ho Chak-yiu filling in during the trial.

Trainer Caspar Fownes seems to have left a little bit to work with in Domineer and as such he had to be given a little encouragement to keep pace with Master Kochanwong (Douglas Whyte) late, with lightly raced Malmsteen putting in an eye-catching trial to finish third.

David Hall doesn’t have the luxury of leaving something to work with in Master Kochanwong – he is a lean type, but the six-year-old got through his work well and will leave on Saturday, along with fellow Golden Shaheen entrant Super Jockey and Al Quoz Sprint fancy Not Listenin’tome. 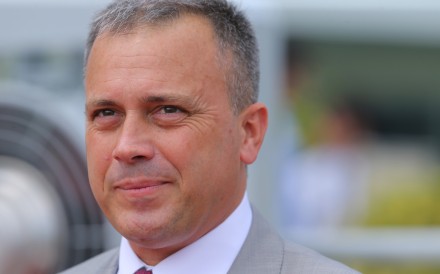