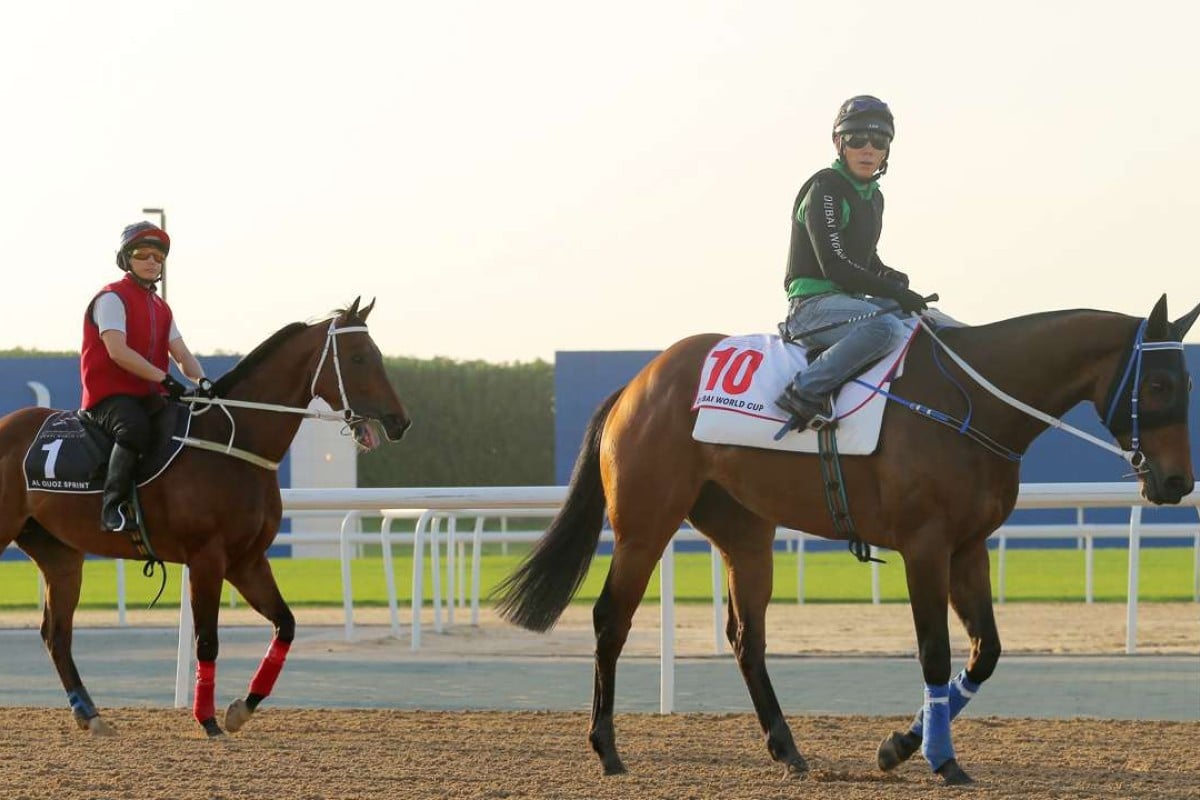 Gun Pit (right) and Peniaphobia go back to stable after gallop on the Meydan track in Dubai. Photos: Kenneth Chan

You could hear a pin drop at Meydan early Thursday when trainer John Moore sent Not Listenin’tome into the still pre-dawn to wake him up before an Al Quoz Sprint tilt in Dubai which could set the sprinter on a path of wider international assignments.

Hong Kong’s Tony Millard-trained Golden Shaheen hope, Super Jockey always works first in the cool dark because he doesn’t sweat but otherwise Not Listenin’tome was the only horse on the racecourse when he jumped from the barrier stalls just after 5am and cantered down the straight turf course.

I thought it was best that we just take him down to the six furlong chute here and just let him jump out of the machine just to focus him that little bit more
John Moore, trainer

“So I thought it was best that we just take him down to the six furlong chute here and just let him jump out of the machine just to focus him that little bit more, because you know he’s been up for a while in Hong Kong.

“I told his rider to go half a mile and then take a hold of him before he got to the winning post – that was all he needed to do. I just thought we’d let him just see the straight where he’s going to run down on the weekend.”

Moore won the dirt sprint, the Golden Shaheen, with Sterling City two years ago and said he was going into this race full of confidence he could add the Al Quoz, which has been won by Hong Kong’s Joy And Fun and Amber Sky in the past. 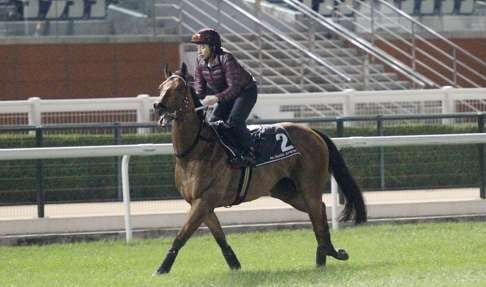 “I’ve just arrived this morning and the horse’s regular riding boy said to me that Not Listenin’tome is 200 per cent, so that feedback was what you want to hear,” he said. “He’s a live chance, I am very confident he will run well here and, if he runs really well, we will consider Royal Ascot, the King’s Stand Stakes.”

Moore said he wasn’t concerned by a barrier four draw and pointed out that last year’s runner-up, Hong Kong’s Peniaphobia, was there too.

“Peniaphobia’s drawn five, we’re beside each other and I reckon we’ll be tracking the speed into the race,” he said.

“Ryan Moore being the jockey he is and having ridden here innumerable times will know where to be I’m sure. And we all saw on Super Saturday they were in the middle of the track so if he can get cover there and just behind the speed, he’ll be a force to reckon with.” 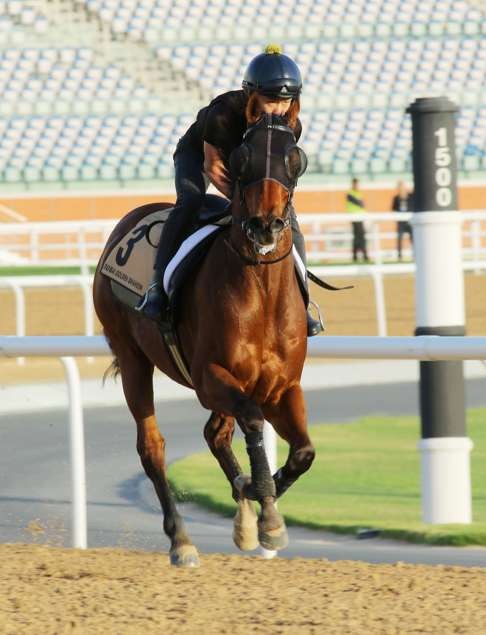 Fellow trainer Caspar Fownes is taking a more conservative view with his runners Gun Pit (World Cup) and Domineer (Golden Shaheen) but is also confident of a good showing.

“Domineer travelled well, he looks a treat and my expectations for the race would be that running first four is a great result,” Fownes said.

“Gun Pit has had three bits of pace work last week, I like how he’s worked and has thrived and put on a bit of body weight since he ran three weeks ago. He’s knocking off his grub every day, is a very happy horse and likewise, I think top four finish would be a great result.”