Chad Schofield has plenty to look forward to in the coming weeks. Photos: Kenneth Chan

Chad Schofield will be buoyed by snaring the ride on star sprinter Blizzard but his focus on Saturday will be Yuen Long Handicap and David Hall-trained hope Simply Invincible as the former Kiwi star steps up to a mile.

The plum ride on Ricky Yiu Poon-fai’s Blizzard in next weekend’s Group Two Premier Bowl is a welcome boost for Schofield, who missed the first three meetings of the season and has ridden four winners from the six meetings since.

Simply Invincible gives him another great chance of success, coming into a Class Two mile second-up with bottom weight, Schofield claiming one pound over and carrying 115-pounds after an eye-catching first-up run when fourth behind Circuit Land over 1,400m two weeks ago. 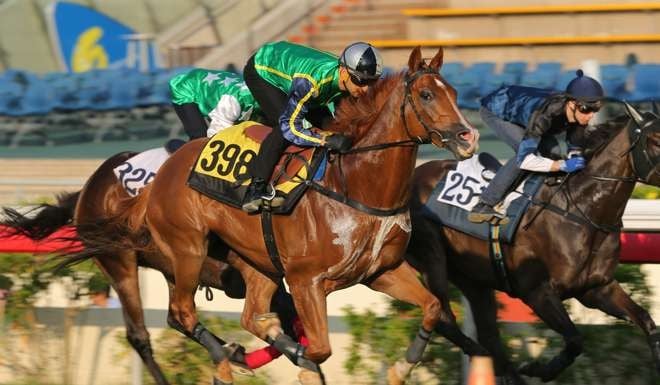 “He has had a great lead-up and he went well when I rode him during the week, he is a laid back customer and only does what he has to but when you click him up he is there for you,” Schofield said. “He always finds the line well but I think the mile is his best trip.”

The only concern for Schofield is tempo – or more to the point, a possible lack of it – with Simply Invincible likely to be in the back third of the field and an awkward draw further limiting the jockey’s options.

“It’s all about getting him into a rhythm,” he said of a horse that won the 2015 Group One Levin Classic as a three-year-old over 1,600m in New Zealand.

The presence of two possible front runners in Lucky Girl (Kei Chiong Ka-kei) and Supreme Profit (Dylan Mo Hin-tung), should ensure some tempo should they be sent forward from middle to outside draws, while California Disegno (Matthew Chadwick) and Mighty Maverick (Derek Leung Ka-chun) could be pace influences if they push up to hold race position from their inside draws.

Another factor in Simply Invincible’s favour is that many of his rivals are better suited over further and either resuming or lack race fitness. 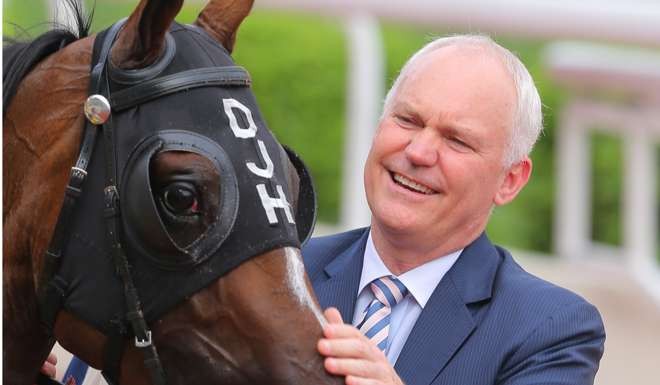 Prominent among them is the Caspar Fownes-trained Renaissance Art (Zac Purton), winner of two straight at the tail end of last season over 2,200m and 2,000m, and now out to scrape into the big races coming up.

“He is rated 97 now, he has a couple of lead-up races, and even though those set weights races are really tough, if he can show something in his second race 1,800m or win one of these he will get that rating up to triple figures – then you never know,” Fownes said. “I’ve seen horses sneak into these races on a rating of 105 or 107 before and really perform and he is that type of horse that can get up to 110-plus points last season.”

The trainer then revealed he would even consider an Australian spring carnival campaign next year for a horse that has never had a smooth preparation since arriving, with a win over subsequent Irish Derby winner Australia and a fourth to 2014 Cox Plate winner Adelaide on an impressive two-start résumé. 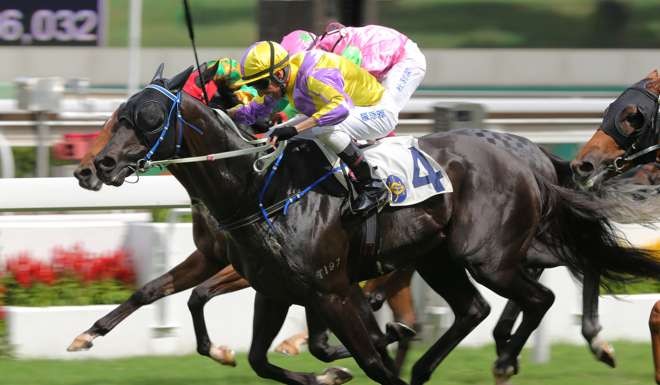 “He has won two races in each of the last two seasons but he is only just coming into his own,” Fownes said. “He was becoming sour and we gelded him, and unfortunately he then really went sour – he didn’t take the cut well at all. Now he is getting his focus back and is in a happy place.”

Paul O’Sullivan hopes Star Majestic still has some ratings points in hand as well, but similarly, the trainer says his six-year-old now needs further to show his best, despite all five of his previous wins being over 1,650m at Happy Valley.

“His last two runs here at Sha Tin last season were fantastic – he can draw a bad gate though,” O’Sullivan said, with Douglas Whyte left to work out what to do from barrier 14. “Hope for the best, he needs 2,000m now and he will be passing more in the straight than will pass him, it’s just whether he passes enough of them.”