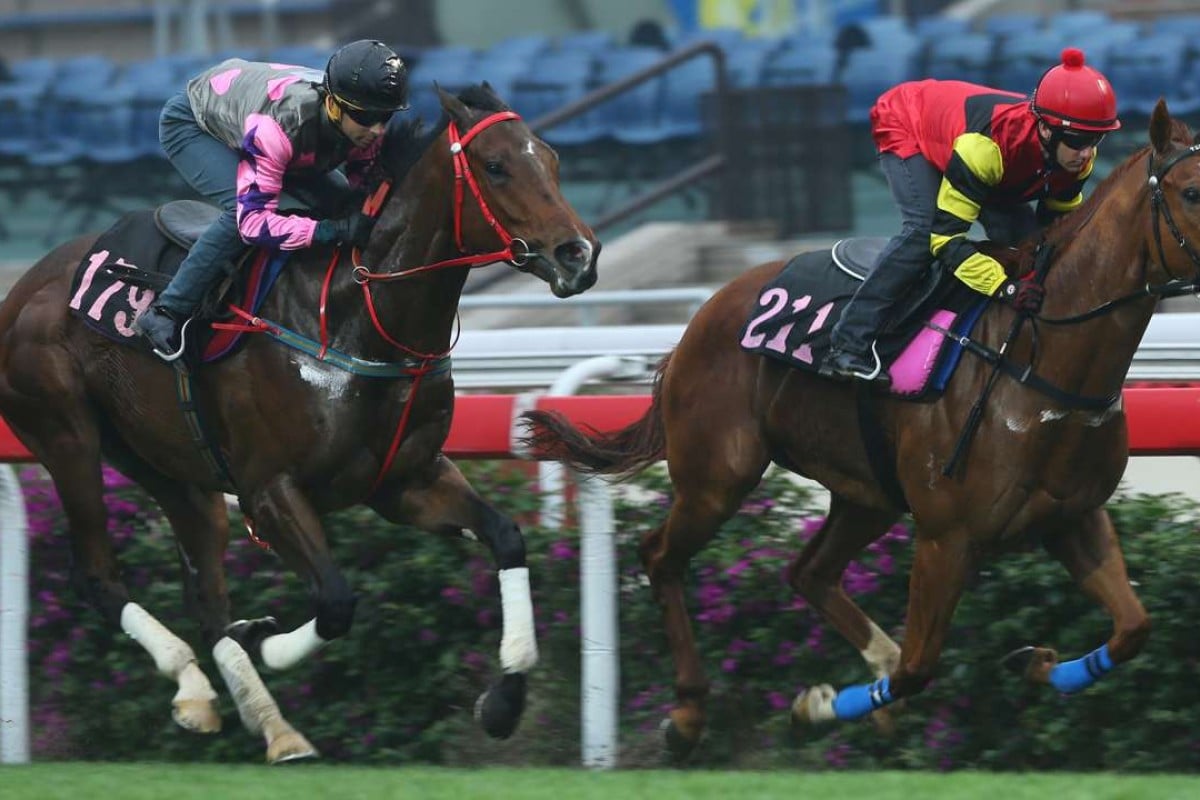 Amazing Kids departs on Friday and contests the US$1 million Group One Al Quoz Sprint having established himself as one of the top local sprinters this season.

Amazing Kids ran alongside a decent benchmark in Lucky Bubbles (Brett Prebble) and Moreira was full of praise for the gelding.

“He felt great and ready to go,” Moreira said. “He felt strong, and felt better than when he won the 1,000m race two starts back.”

Moreira was referring to the Group Three Bauhinia Sprint Trophy, in which Amazing Kids thumped Not Listenin’tome and Peniaphobia while carrying 132 pounds.

Since then Amazing Kids was a non-threatening fourth behind Peniaphobia around a bend at 1,200m, in a leader dominated race, but brings an undefeated straight track record to Dubai.

The Al Quoz distance change from 1,000m back up to 1,200m also looks suitable for the John Size-trained five-year-old.

Lucky Bubbles also looked in fantastic form but won’t get to race until April 9 when he shoots for back-to-back wins in the Group Two Sprint Cup.

@blprebble was aboard sprint star Lucky Bubbles at Sha Tin in a trial this morning, says the chestnut is "raring to go" #HKracing pic.twitter.com/bpvXzEhQM2

Still, even if Lucky Bubbles is flying right now, trainer Francis Lui Kin-wai said he was comfortable with the decision not to chase the rich purses on offer in Dubai.

Forget Moreira-Size Dream Team, here are the Magic Man’s combos that will make you money

“He is still a young horse on the rise, really, and hopefully there will be opportunities to travel in the future, maybe next year,” Lui said.

“The way he is built, there isn’t much of him, so it was a risk to head overseas in the middle of the season, he can’t afford to lose much weight. We have a Group Two next start and then a Group One in May.” 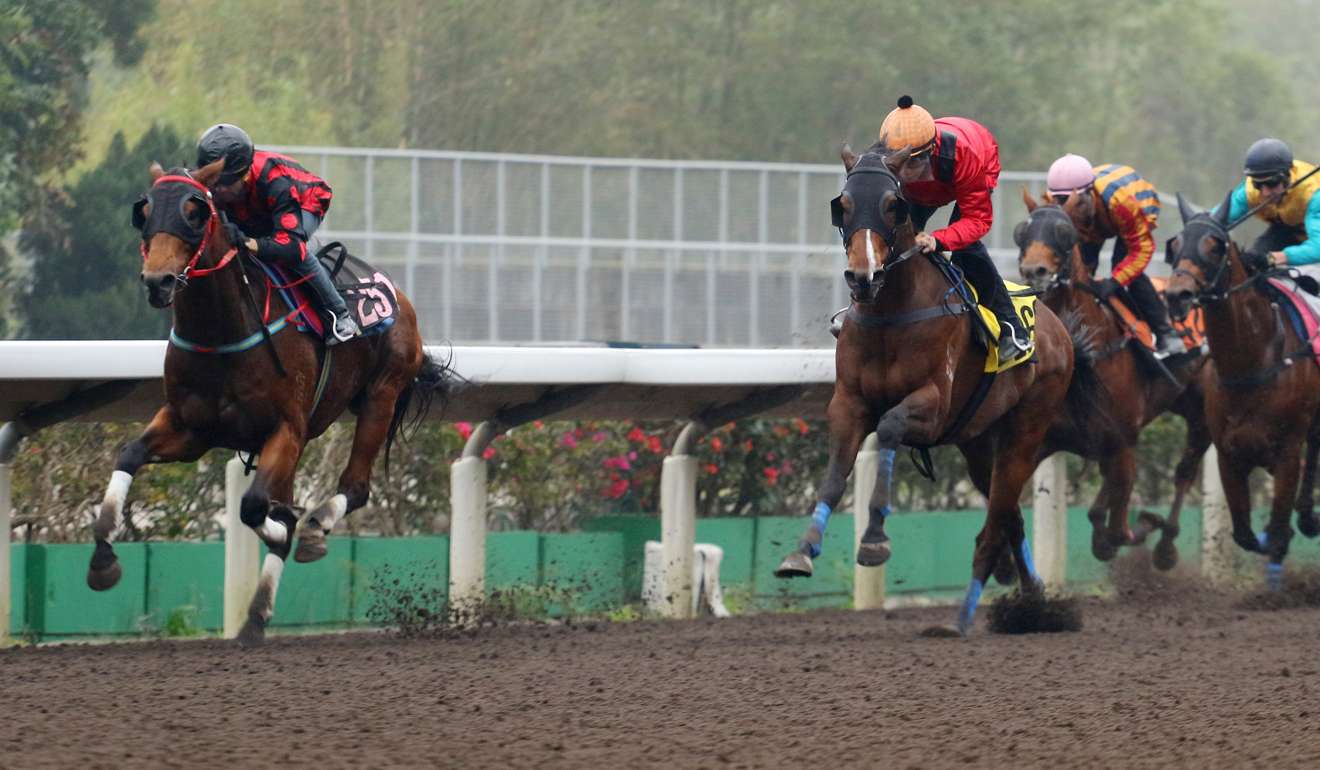 On that same path is Size’s enigmatic sprinter Thewizardofoz, who also trialled for Moreira over 1,200m, not surprisingly looking the best he has in three trials since returning from a spell at Beas River.

With a rating of 111, there are limited options left for Thewizardofoz and the former star three-year-old is likely to run in the Sprint Cup and Group One Chairman’s Sprint Prize on May 7. 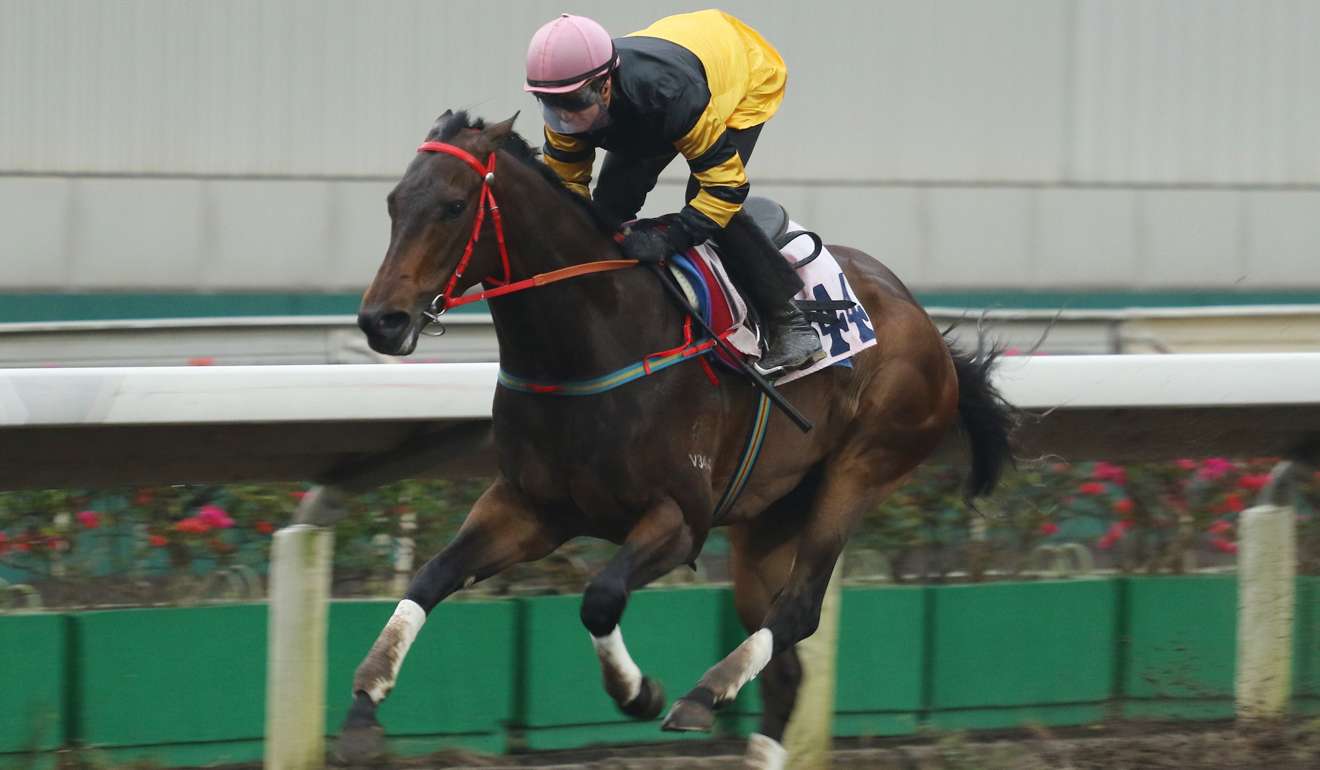 Size actually does have a scheduling choice looming with one of his current rising stars, sprinter D B Pin (Zac Purton), after the four-year-old was kept ticking over with a smart 1,050m dirt spin.

The trainer has the choice of a 1,200m Class Two on the turf on March 26 at Sha Tin, a course and distance where he has been beaten in two starts, or trying the dirt for the first time at the midweek meeting on April 5.