With the lack of depth in the middle distance ranks, Rapper Dragon and Pakistan Star are already among the best horses Hong Kong 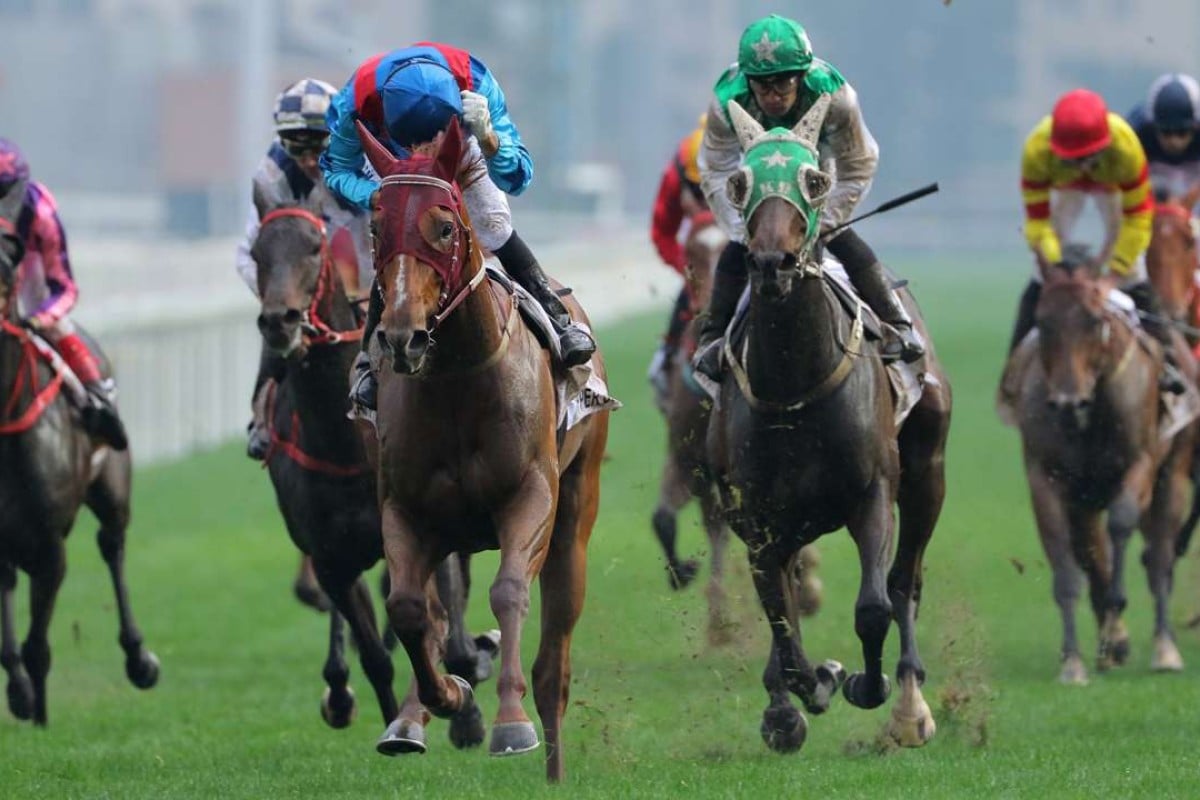 The Derby is often billed as the race where the stars of the future clash... well, if that was the case in Sunday’s classic, the future might be here.

Don’t look now, but the horses running the quinella – the bombproof Rapper Dragon and still-untapped excitement machine Pakistan Star – might already be the best two horses in town, and there was plenty to like about those chasing them home.

Rapper Dragon already carried a good horse’s rating in September and after a rocky start to the season, and kicking a wall in the lead-up to the internationals, he hasn’t put a hoof wrong since.

Runner-up Pakistan Star came into the season already “internet famous”, and like many 21st century YouTube sensations, the Tony Cruz-trained cult hero is now a real life celebrity, having added some substance to the initial “wow” factor.

Let’s not forget Pakistan Star had run just once before this season and kicked off a demanding Derby campaign, if you can call it that, in the sweltering heat of September and had at least one run in every month since.

Of course, the true test of any year’s Derby form comes when the four-year-olds enter the general horse population, and begin to butt heads with older, tougher horses, and particularly when the autumn Group Ones roll around.

Rapper Dragon will head to the Group One Champions Mile in early May, a race that almost certainly won’t contain Able Friend after the 2014-15 Horse of the Year sustained what looks a career-ending recurrence of a serious tendon injury.

Able Friend was one of two horses scratched from what became a five-horse Class One on Sunday, which was less a programming issue than it was a measure of just how hard injury has hit Hong Kong’s top horses.

Moore admits retirement ‘on the cards’ for Able Friend

Also scratched from the race with a suspensory issue was another Group One winner Giant Treasure, while Hong Kong Mile placegetter Joyful Trinity would have been there if not for a setback.

Of the record 26 Hong Kong-trained horses included in the 2016 Longines World’s Best Racehorse Rankings, eight are no longer racing.

Victory Magic, Luger, Packing Pins, Gun Pit, Beauty Flame, Rewarding Hero, Gold-Fun and Military Attack are all gone. In most jurisdictions that kind of turnover is probably normal, but in a place where the horse population hovers around 1,200 to 1,300, it leaves a big dent, especially when the big races roll around.

The recent seven-runner Group One Hong Kong Gold Cup was a prime example of the middle distance gap, with last year’s Derby winner and reigning Horse of the Year Werther just edging out the eight-year-old Blazing Speed.

Right now Hong Kong racing’s biggest star is a jockey, Joao Moreira, and in short, we desperately needed a hero horse. Luckily, the 2017 Derby might have delivered more than two.

The racebook order tierce, with Beauty Generation third, provide a good core, but there were the usual top-class future milers being stretched out of their comfort zone in behind, and that’s leaving out John Size’s Western Express, who skipped the Derby, but was an impressive winner in the last.

Danny Shum Chap-shing’s fourth-placegetter Seasons Bloom will also come back to a more suitable mile after punching above his weight at 1,800m and again on Sunday.

Limitless was this year’s poster child for the horse that was pushed too far, too soon, for the sake of a Derby dream. As expected he pulled when the pace slackened, but Peter Ho Leung’s Britannia Stakes winner boasts an electric turn of foot and should be a force back at 1,600m.

The beaten jockeys from the @BMW Hong Kong Derby speak to @edward_sadler after the race pic.twitter.com/1OvZjWG0Zx

Even French import Helene Charisma, who looked a bust two starts back when beaten as short-priced favourite in a weak Group Three, showed he will relish opportunities at 2,400m later this season.

The iconic 2014 Derby when Designs On Rome beat Able Friend, now seems so long ago.

Ageing warrior Designs On Rome is surely in his last campaign while Able Friend’s retirement should be made official in the coming weeks.

With 11 Group Ones between that once-dominant pair, and a host of other top horses no longer on the scene, it will be a big void to fill, but it looks like the Derby class of 2017 is up to the challenge.