John Moore admits retirement ‘on the cards’ for Able Friend The stellar career of Able Friend seems over after trainer John Moore provided an update on the popular miler’s right leg injury.

Able Friend was withdrawn from Sunday’s Class One with lameness in the same right fore foot in which the gelding suffered a damaged flexor tendon early last year.

Moore suggested the five-time Group One winner had run his last race after a career that garnered more than HK$60 million in prizemoney.

“I have to sit down with the owners, but in all probability it will be retirement for him,” Moore said. “The injury is not exactly in the same place but it’s in the same ligament. Retirement looks on the cards.”

Even though Able Friend never brought his best to Royal Ascot in his sole overseas start for Moore, the trainer said Hong Kong’s highest-ever rated horse had put the jurisdiction “on the map”.

“He made people stand up and pay attention to Hong Kong racing and what we can do with a small horse population,” he said. “Able Friend showed we can produce world class horses.”

Even with Able Friend missing, Moore still saddled up three of the five runners in Sunday’s Class One, with unheralded lightweight Dashing Fellow stealing the race under a smart front-running ride by Karis Teetan.

Dashing Fellow fought back under @karisteetan and beat Contentment in a thrilling C1 Handicap #HKracing pic.twitter.com/TdqPmCxXgB

Dashing Fellow hadn’t won for more than a year, when victory in the 2016 Hong Kong Macau Trophy pushed his rating into triple figures, although he was beaten a short head by Sun Jewellery in the Group Three Premier Cup late last term.

“He is another warhorse and is as genuine as the day is long,” Moore said of the five-year-old.

A weight pull wasn’t everything for hot favourite Invincible Dragon, with Moore claiming the 1.6 shot didn’t handle the sticky going after rain early in the day. 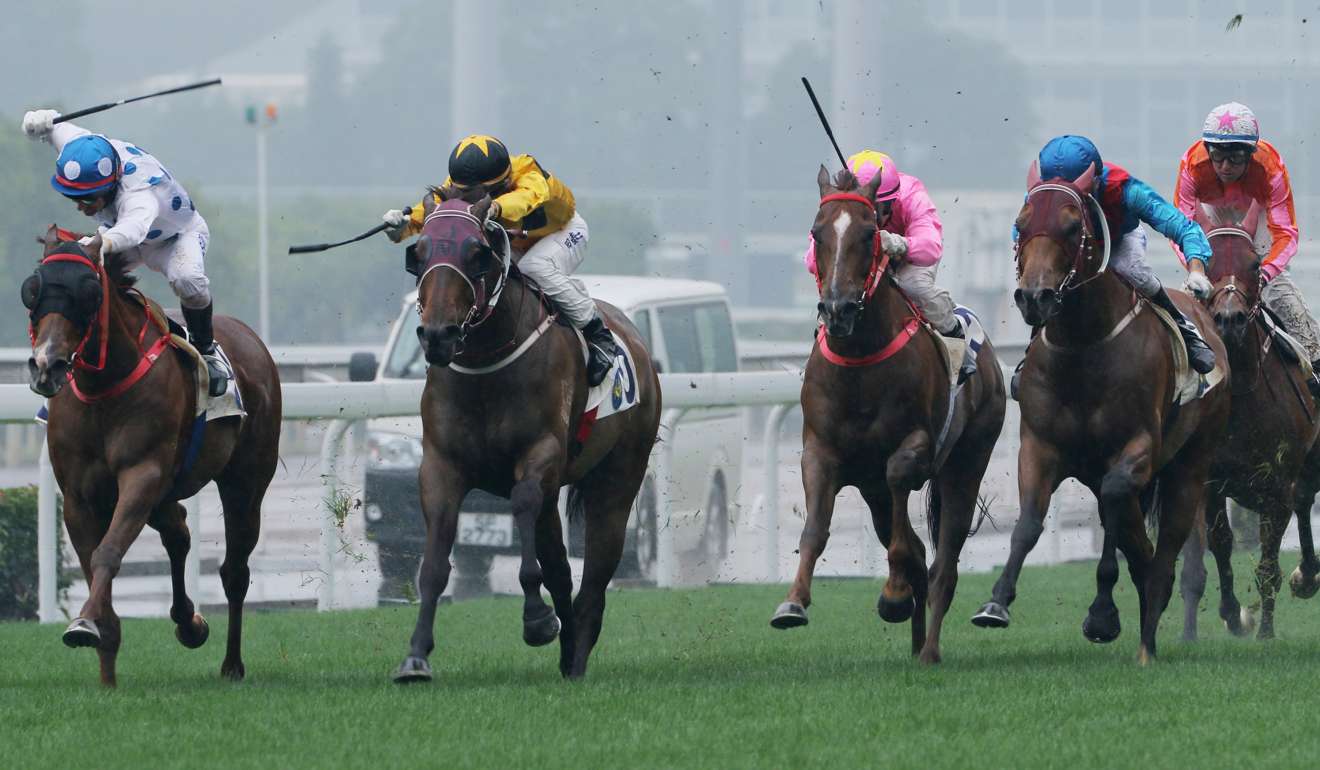 More worrying was the run of top weight Helene Paragon, who, after looming at the 150m, faded to finish last, but Moore felt there were viable excuses for the two-time Group One winner.

“He wasn’t happy with the weight and the ground,” Moore said. “I think he would handle that type of ground with 126 and level weights but not with 133 pounds.”