What next for racing’s perfect combination of Joao Moreira and Noriyuki Hori? 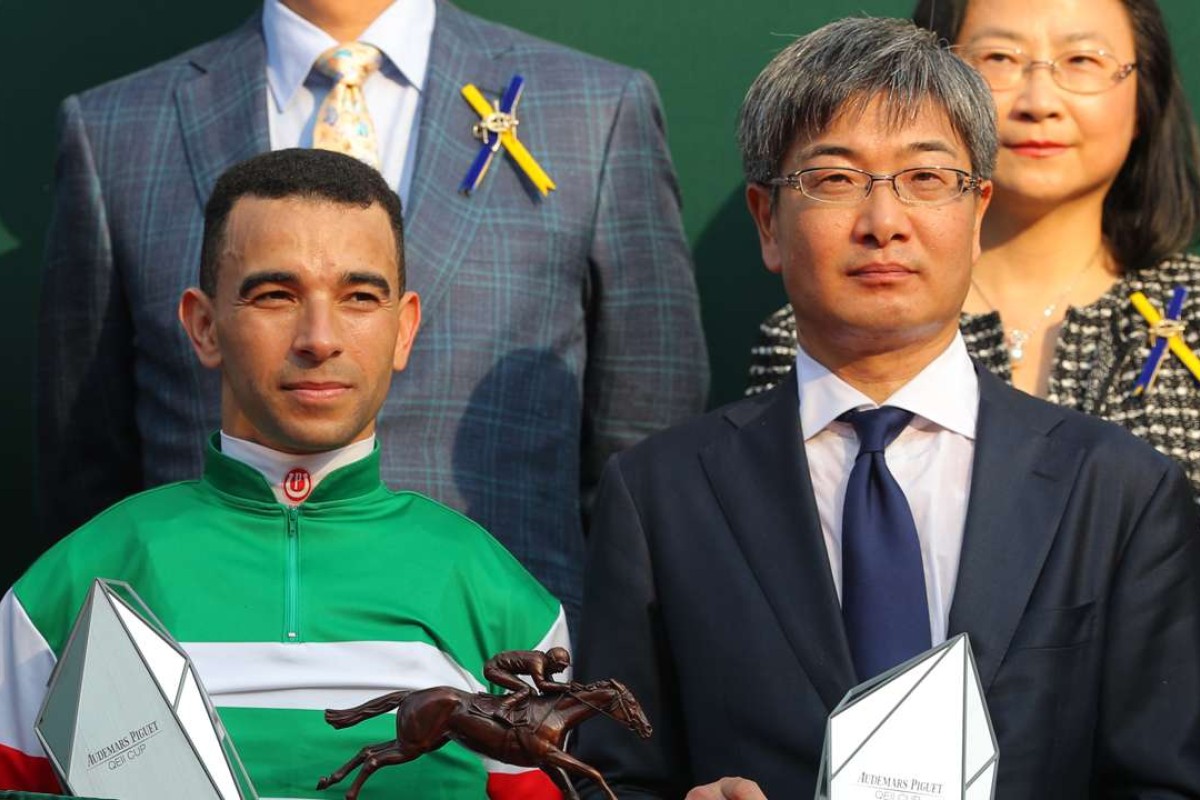 What next for racing’s match made in heaven, Joao Moreira and Noriyuki Hori, a Melbourne Cup? Or what about the racing mad nation of Japan’s Holy Grail, the Prix de l’Arc de Triomphe?

It’s getting a bit old to call Japan world racing’s rising force, but it seems like Moreira has jumped on the bandwagon at just the right time, positioning himself as Hori’s go-to man for overseas raids.

Moreira’s tactical masterpiece aboard Neorealism in the Audemars Piguet QE II Cup gives the Brazilian a perfect three from three in Group Ones for Hori at Sha Tin after the 2016 Champions Mile on Maurice and last year’s Longines Hong Kong Vase on Satono Crown.

It’s a relationship that could one day bear even bigger fruit – how long before Hori has a chance in the race Japan wants to win most of all?

Ever since Deep Impact finished third across the line in the 2006 Arc and delivered a positive post race swab there has been heartache at Longchamp for Japan.

Hori has never had a runner in the Arc – Duramente was headed there but injury curtailed his chances of competing – but if anybody can do it, surely it will be the obsessive 49-year-old.

Australia an option for Eagle Way, but home comes first

And if Hori does have a horse come through his stables capable of winning the world’s biggest race, which could just be a matter of time, it would appear that Moreira will be the man being legged aboard.

Despite language differences, Moreira and Hori have formed a remarkable working relationship; then again, they both speak “horse”. 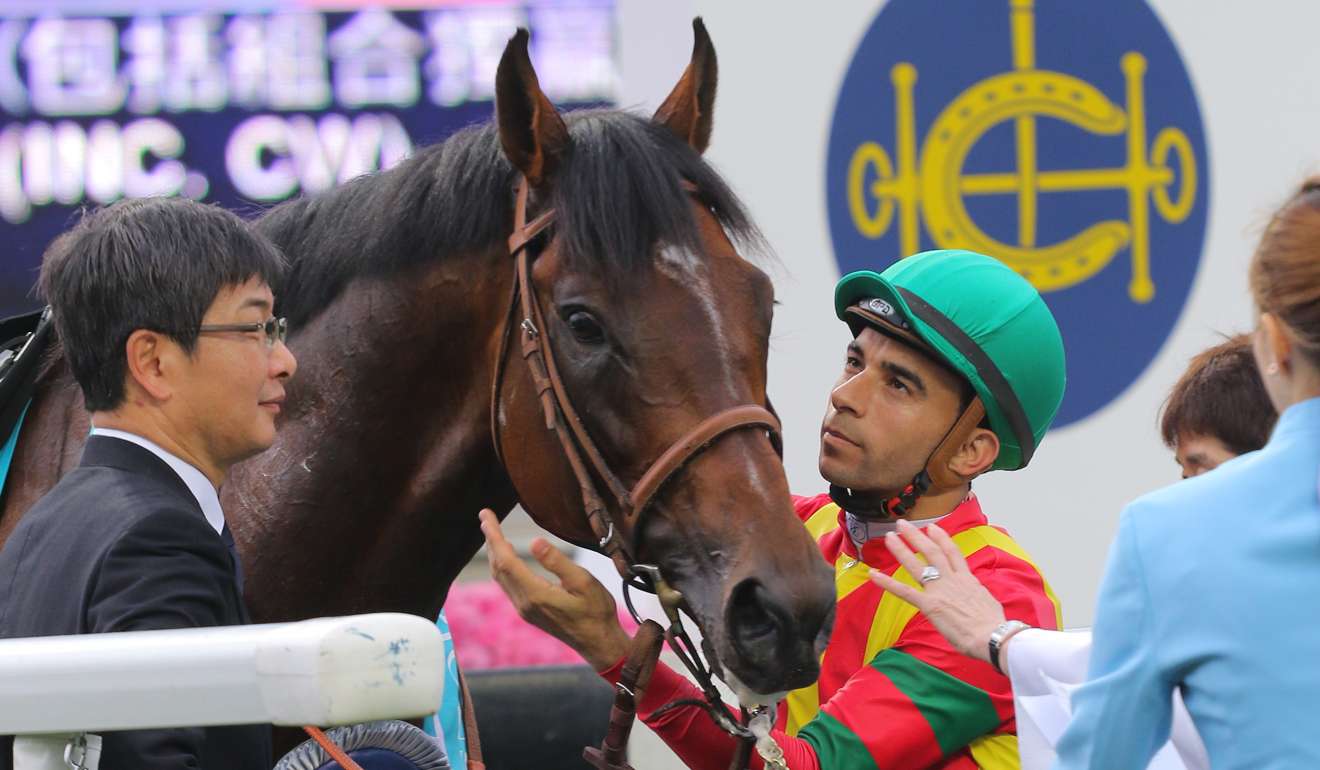 Overall, including rides in Japan, the Magic Man has now ridden nine from 14 for Hori.

Still, even if it isn’t Hori’s horses in big races, Moreira is in the box seat to attract pinch-hitting Group One rides on horses for other Japanese stables as well.

Moreira won the Group One Dubai Turf on outsider Vivlos with another phenomenal ride in March, and the Magic Man has taken Sapporo by storm in two consecutive summer stints.

First time around, he won the 2015 World All-star Jockey Series and last year went on a rampage on the same weekend, attracting nationwide headlines with a six-timer and a sequence of seven straight winning rides.

Moreira’s record in Japan is extraordinary, with 24 wins from 79 rides giving him a strike rate of better than 30 per cent.

You only have to watch footage of the top Japanese horses churning through deep woodchip during a regulation morning workout to know that these animals aren’t normal.

To think, Neorealism was only at Sha Tin on Sunday because he isn’t quite good enough to win a Group One at home. That might sound harsh to Werther, Pakistan Star and the like, but it’s true.

The real A-grade middle distance and staying stars of Japanese racing were at Kyoto battling it out in the Tenno Sho, with superstar Kitisan Black smashing Deep Impact’s track record by nearly a second.

Kitasan Black now looks Arc bound, but not even Moreira could bump local legend Yutaka Take from the saddle there. 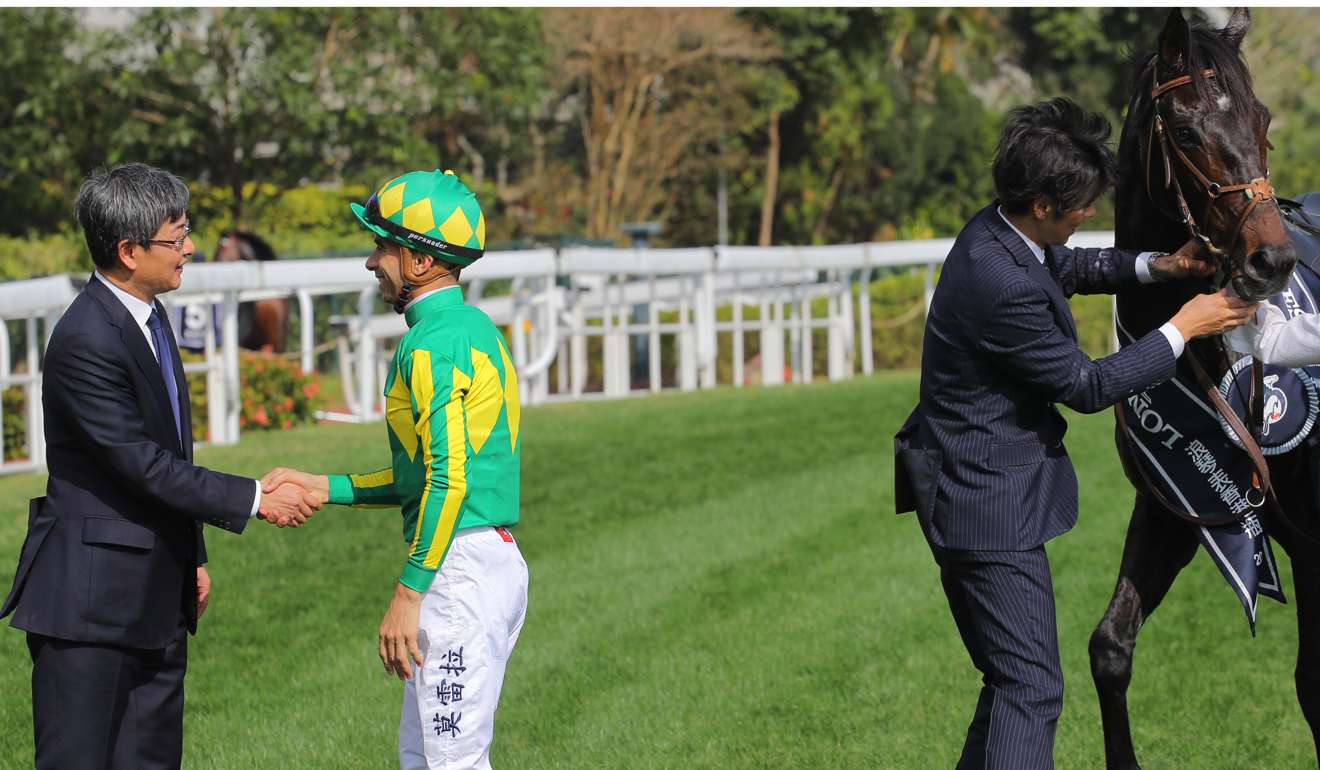 Yet Moreira’s chance at a Melbourne Cup could have been lurking just off the placegetters, with Hori’s six-year-old Albert working home for fifth.

Moreira won on Albert in Sapporo in 2015 and earmarked him then as a potential stayer of note, and the entire could provide a chance for the jockey to overturn his narrow second on Heartbreak City in last year’s Melbourne Cup.

From Moreira’s perspective, he is sold on Hori, and the leading Hong Kong jockey has Japan-based agent Adam Harrigan on the look out for opportunities.

“We all know how amazing the Japanese horses are and how good Mr Hori is,” Moreira said. “He a trainer that cares about details, and I’m with him, it’s the details that make the difference between winning and losing.

“It would be nice if he, or any other Japanese trainer, had me on their horses for big races around the world. I’ll certainly be putting my hand up to ride them.”