The visiting jockey produces a copybook ride to guide the five-year-old to victory in the Chairman’s Sprint Prize, but owner Jenny Wan leaves the door open for his usual rider to get back aboard 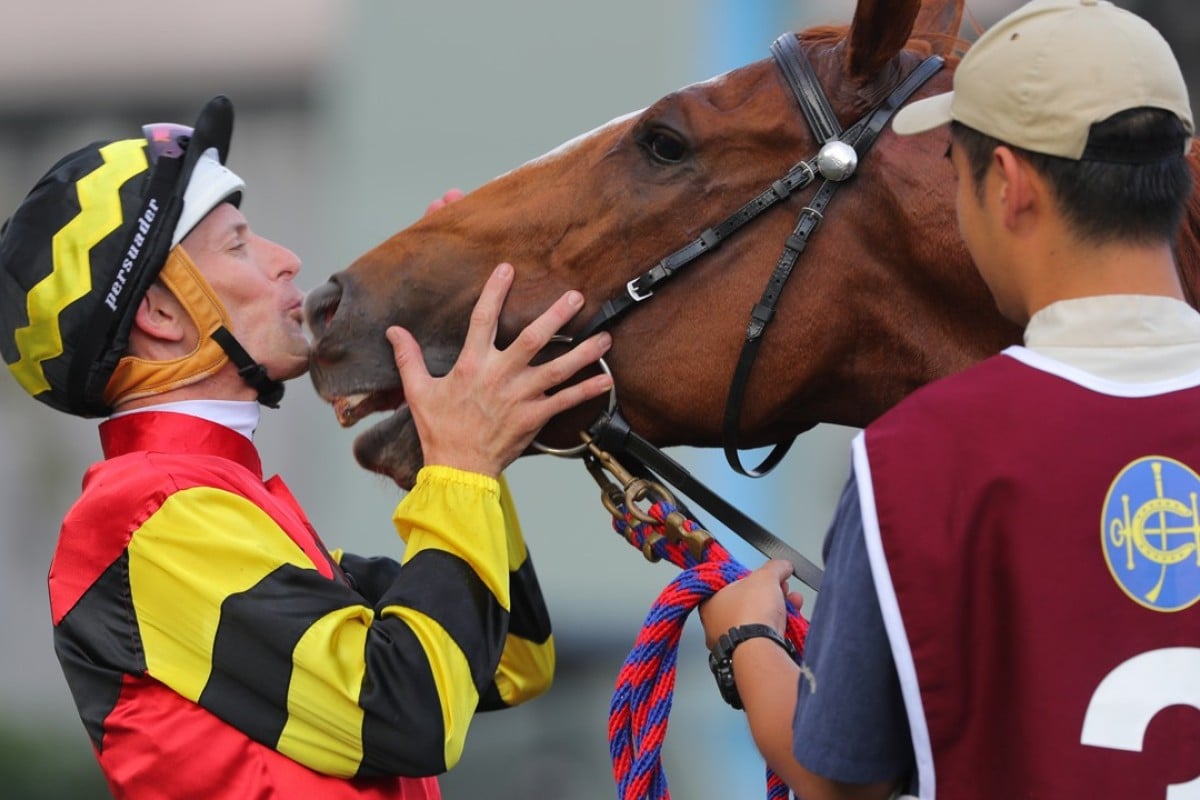 Hugh Bowman plants a big kiss on Lucky Bubbles after taking out the Group One Chairman’s Sprint Prize at Sha Tin on Sunday. Photos: Kenneth Chan

Lucky Bubbles’ part owner Jenny Wan Pui-shan has left the door open for jockey Brett Prebble to reunite with his beloved sprinter after gun-for-hire Hugh Bowman got the Group One breakthrough in Sunday’s Chairman’s Sprint Prize.

Prebble had been inseparable with Lucky Bubbles over the past two years, not only riding the gutsy chestnut in all 16 previous starts, but in nearly every gallop or trial.

Lucky Bubbles looked like Hong Kong’s next champion sprinter entering this season, and a first-up win under Prebble in the Group Two Premier Bowl seemingly confirmed that assessment, but that was before a frustrating run of four straight defeats as favourite led trainer Francis Lui Kin-wai to “try something new”.

Connections turned to Bowman, who produced a copybook ride to score on the five-year-old, who had finished second in the race last year and also runner-up at top level in the 2016 Hong Kong Sprint.

“Hugh Bowman did a great job today,” Wan said. “But every race is different, different pace, different horses. It’s just about timing. We will always be thankful to Brett, he did a great job, and if he didn’t do so much work on the horse we wouldn’t have even got to this stage, we wouldn’t have won. So I am always thankful. Let’s take a break with the horse and then we can decide.”

Also giving Prebble some hope of getting back on Lucky Bubbles is that flying jockeys in for Group Three and Two races can be slightly more problematic than for Group Ones.

Of course, Bowman is hopeful he can maintain an association with Lucky Bubbles after the gelding gave him a fourth Group One at Sha Tin, with all three previous wins on Werther.

“I haven’t thought about it yet, but I would think I would be offered the ride in the future,” he said. “We’ll let the dust settle, and we will let Francis and the owners map a plan out.” 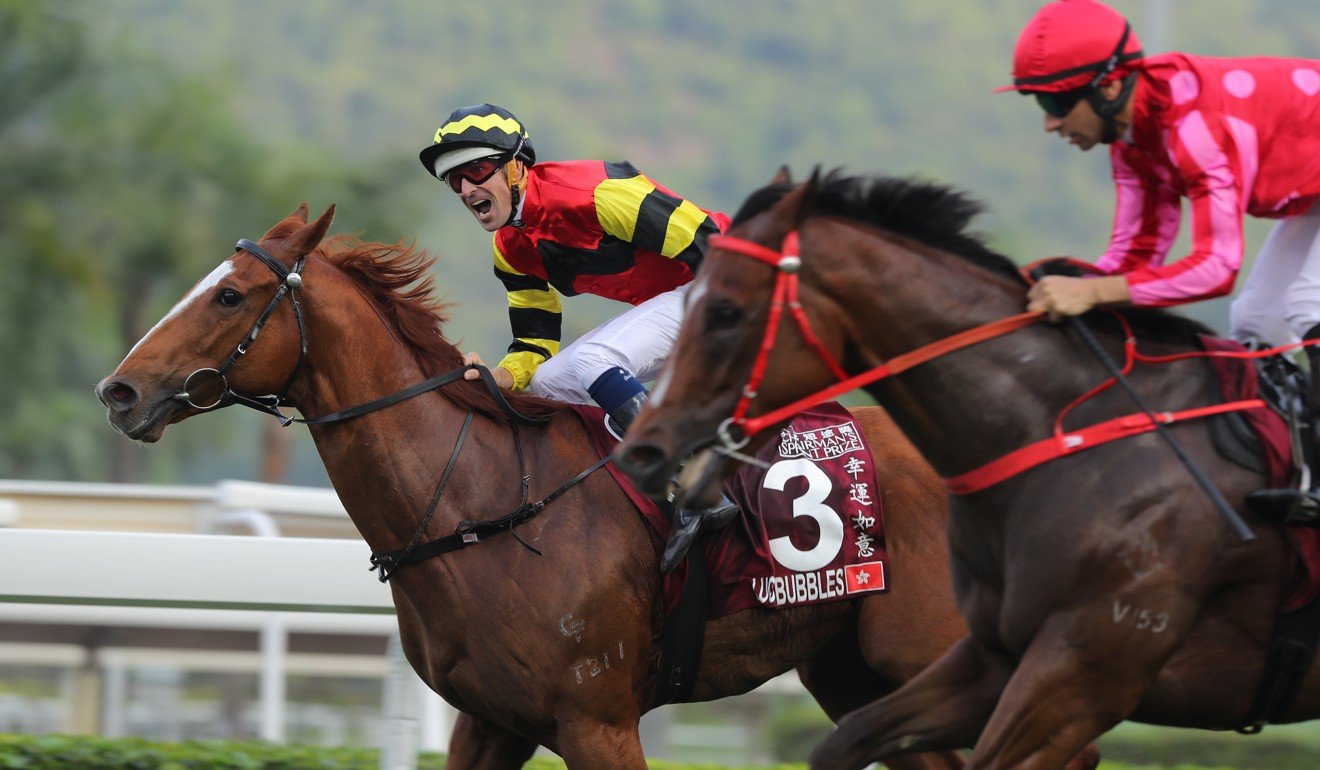 Bowman had Lucky Bubbles box seating from barrier three and from there it was a simple case of out-sprinting his rivals when a gap appeared.

“He is a very consistent horse, I just think he ran his usual race and today he got the bob,” Bowman said. “There was some talk that the second horse was unlucky, but I thought he had his chance.”

Bowman was referring to race favourite Mr Stunning, who flashed home in a race where two lengths separated the first eight horses home and four lengths covered the field.

“He shied away from the other horses when he came to make his run and that probably cost him, given he was only beaten a neck,” Moreira said.

There were no excuses for third-placed Not Listenin’tome however, with Tommy Berry saying the six-year-old is “a length or two off top class”.

“He ran his race, unfortunately he just doesn’t have that next gear he needs to find against these type of horses,” he said.