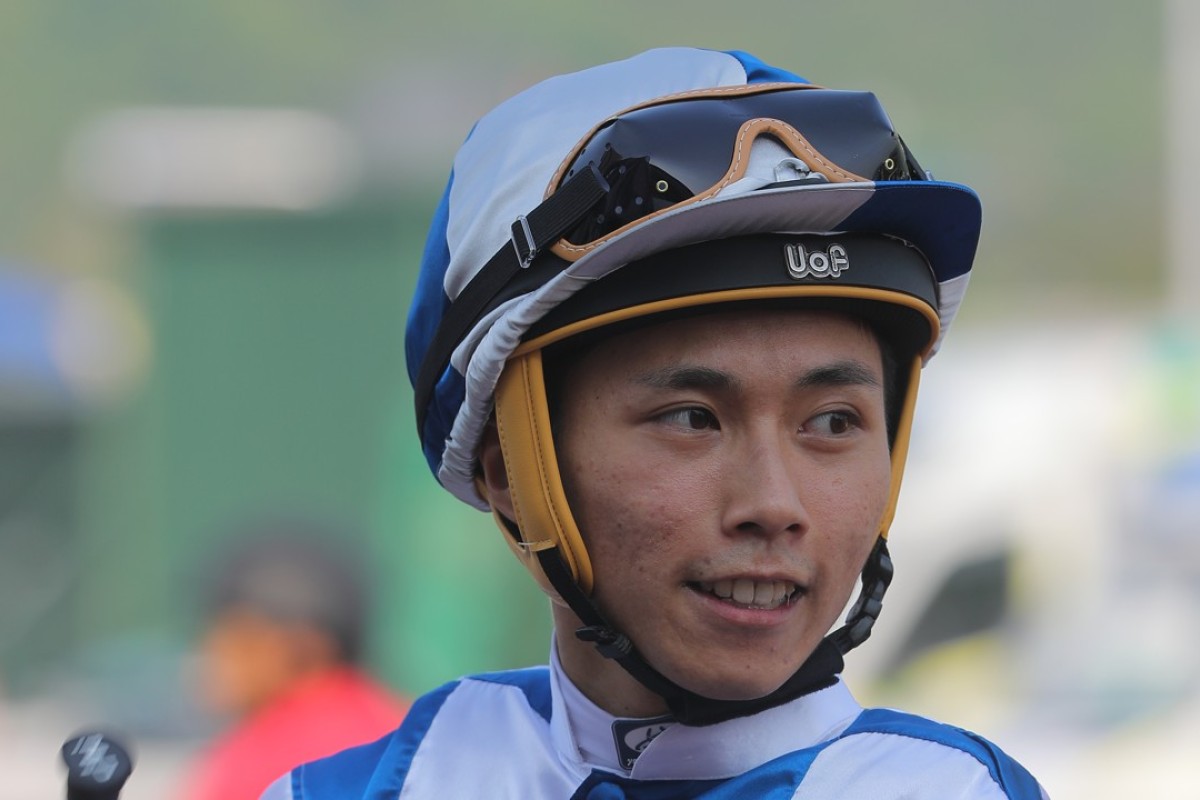 Matthew Poon after his sixth win of the season on Kingsfield. Photos: Kenneth Chan.

The “Poon Train” hasn’t quite been the express many people thought he would be, and as much as statistics say otherwise, the start of Matthew Poon Ming-fai’s career has been more akin to an all-stops suburban service suffering some track maintenance delays.

Nevertheless, when he has been on track the 23-year-old has notched some impressive numbers and a solid book of rides will make him hard to hold out in the Jockey Challenge at Sha Tin on Sunday.

Poon is striking at an impressive 20 per cent, with six wins from 30 rides, but his career so far has been stop-start, to say the least.

The apprentice rode a winner at his first meeting before suffering a concussion in a pre-race incident that caused him to miss the next three weeks. Upon returning, Poon notched a double at consecutive meetings and a solitary winner from seven rides at the Audemars Piguet QE II Cup meeting on April 30.

Now Poon returns after cooling his heels for two weeks due to suspension but demand for the 10-pound claimer clearly hasn’t waned.

He has a ride in every race and, remarkably, his support is spread across nine different stables.

The trainer Poon has two rides for, Benno Yung Tin-pang , provides great chances in Endearing and Star Of Yan Oi. 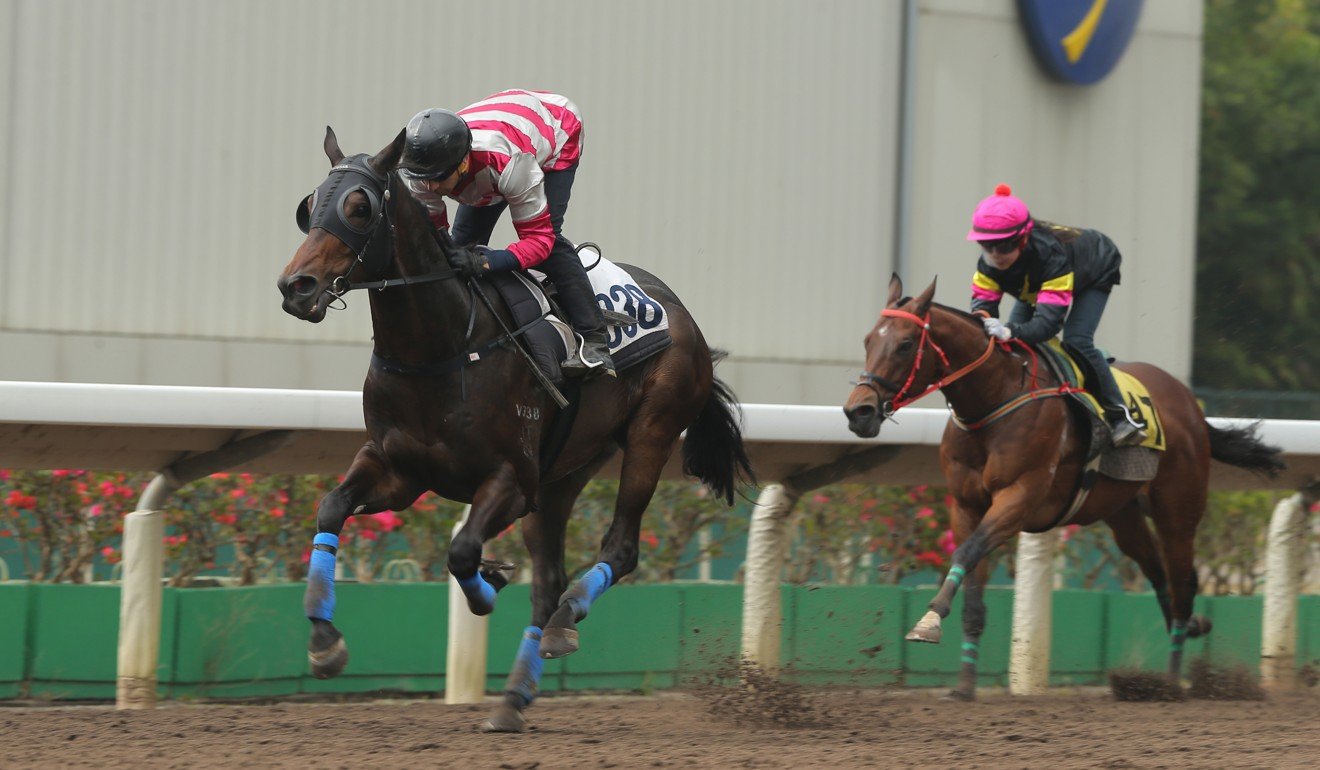 Endearing comes out of a leader-dominated race in which three back-markers positioned just behind him in the run fell, but his effort to finish third was encouraging first time down in Class Four.

The four-year-old has barrier two in the Class Four Balsamine Handicap (1,200m), a weak-looking race where the draw should allow Poon to slot into a nice trailing position behind likely leader Richcity Fortune.

Star Of Yan Oi has never finished worse than fifth and never been more than three lengths away from the winner over 1,200m on the all-weather track. 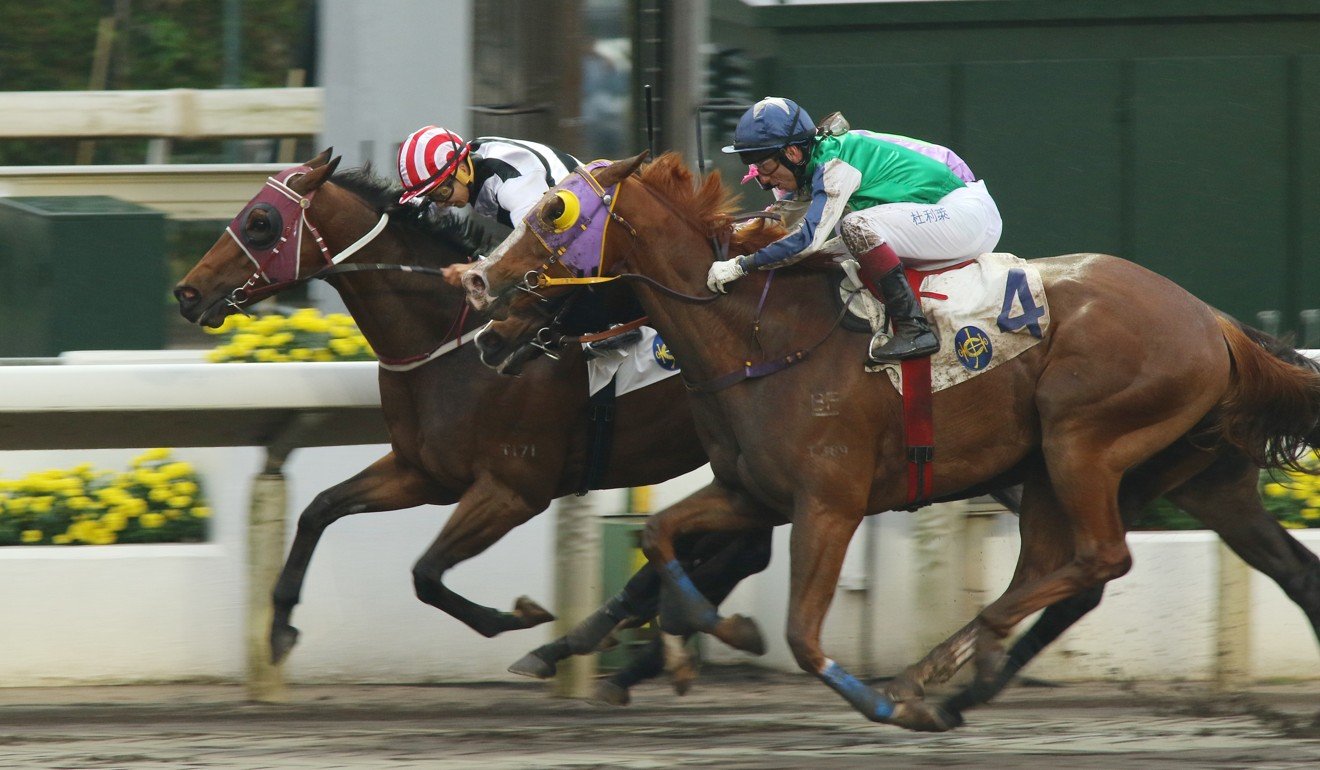 The five-year-old broke through for a deserved win last month, but has also been beaten a short head second three times this term, including a last start heartbreak behind Happy Meteor.

It was Happy Meteor getting the benefit of the 10 pounds on that occasion, but it should make the difference for Star Of Yan Oi this time around in the Class Three Chamomile Handicap (1,200m).

Poon’s ability to come from behind in races will be put to the test on Citron Spirit in the Class Three Gladiolus Handicap (1,600m). The Ricky Yiu Poon-fai-trained gelding is another in-form type that will appreciate the weight relief, the lightly framed type having worked his way to the top of his grade with two wins and two placings from his last four starts.