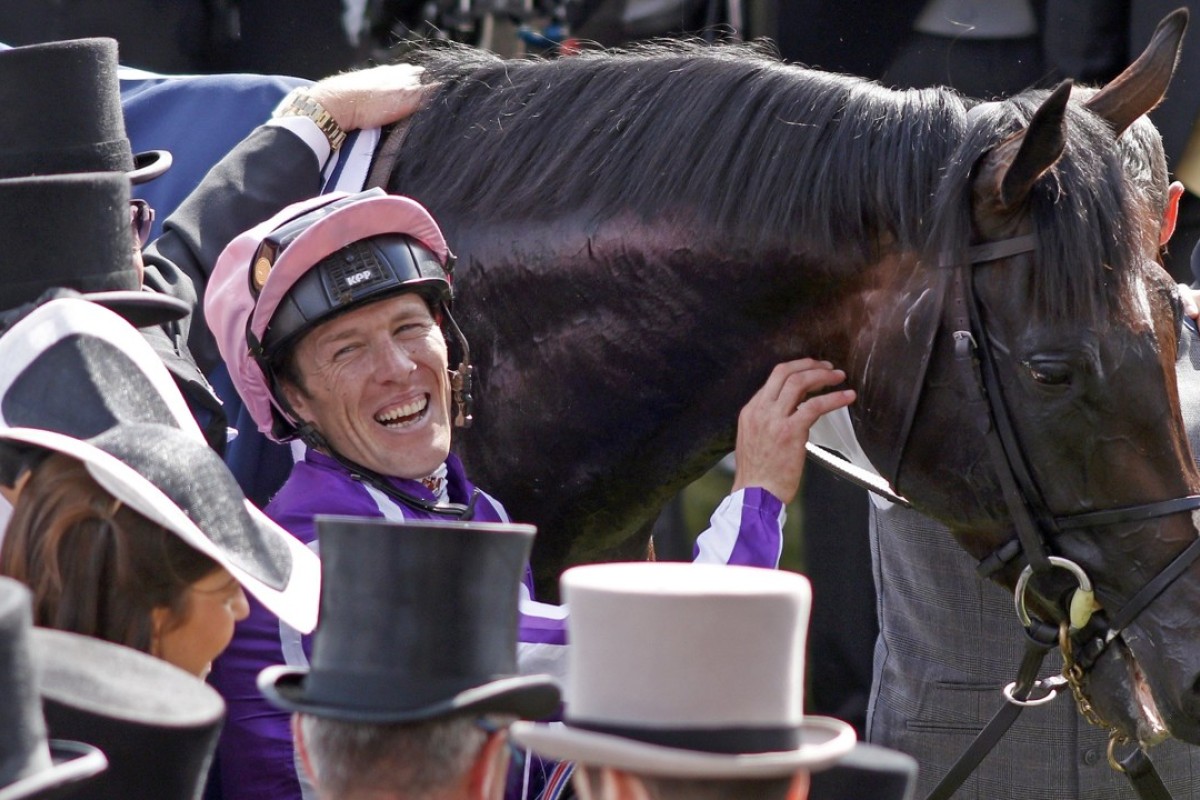 Once sidelined for a year after testing positive to cocaine, jockey Padraig Beggy has now etched himself in history for the right reasons with Wings Of Eagles’ stunning victory in the Group One Derby Stakes at Epsom.

The 40-1 chance took advantage of a hot pace, storming through the field after getting back early to overhaul the two favourites Cliffs Of Moher and Cracksman in the shadows of the post.

While it was the sixth Derby success for Aidan O’Brien, who also landed the quinella, it’s the rise from obscurity to the biggest stage in British racing which has captured the imagination.

Incredibly, it was just Beggy’s fourth win since the start of 2015 and completes a remarkable turnaround in fortunes for the Irishman.

In 2014 when riding in Australia, he was busted with cocaine in his system, and after initially lying to stewards, was suspended for a year.

He then went home and lobbed a job riding trackwork at Ballydoyle and, while down the pecking order he worked hard, earned the trust of O’Brien and got the call-up to ride one of the team’s six horses in the Derby. The rest, as they say, is history.

Wings of Eagles won the #InvestecDerby at Epsom in some style.

Thanks all for the msgs, a great day for me and my family, an a big thanks to both the Ballydoyle and Coolmore teams

That was the highlight of a big couple of days at Epsom, with the John Gosden-trained Enable taking out the Oaks and Aidan O’Brien’s globetrotter Highland Reel capturing the Coronation Cup on the Friday.

ENABLE is a brilliant winner of the Investec Oaks for Frankie Dettori, John Gosden and Prince Khalid Abdullah pic.twitter.com/PxdBPl1WTp

Down in Australia and the winner of the only Group One on offer, the Queensland Oaks, drew comparisons to the horse who won the race two years prior.

Egg Tart proved too good for her rivals at Doomben, her sixth straight victory, and the way she did it was in a similar manner to Winx.

Chris Waller trains both of the horses and believes they both have the same sort of attitude, while jockey Kerrin McEvoy said “the sky is the limit”. They are big shoes to fill.

WOW! Egg Tart flies from the back to secure the Qld Oaks. Anyone remember another smart filly who emerged for @cwallerracing here? #Winx pic.twitter.com/sWxSGuYWZ0

"The sky is the limit, she's only going to get better." @KPMcEvoy after Egg Tart's brilliant win in the Queensland Oaks. pic.twitter.com/4wHGMGikVn

It was a thriller in Chantilly on Sunday with just a short-head separating Brametot and Waldgiest in the Group One Prix du Jockey Club.

It was a big effort from Brametot, who took out the Group One Poule d’Essai des Poulains at his previous start, because he missed the start and was stuck out the back with a slow pace, before swooping around the field late to prevail with Cristian Demuro in the saddle.

After stunning punters last year, Logotype almost repeated the dose in this year’s renewal of the Yasuda Kinen but was grabbed late by the talented Satono Aladdin.

Jockey Yuga Kawada settled the Yasutoshi Ikee-trained six-year-old toward the back of the field, before swinging wide and nailing the early leader Logotype on the line with Red Falx in third.

Fans, families, fun and turnover – Tokyo Racecourse is one of the wonders of the racing world