Trainer Ricky Yiu Poon-fai conceded Jolly Banner will be “entering a whole different world” when he runs in the Oriental Watch Sha Tin Trophy next month but thinks the six-year-old deserves a swim in the deep end.

The ultra-consistent gelding has a record that reads 16 starts for five wins and eight placings after he collected the Kwangtung Handicap Cup (1,400m) on Sunday under a copybook Chad Schofield ride and a light weight.

And Yiu feels now is the time to have a crack at something bigger under handicap conditions while the big-name horses might still be off their top, so the Group Two over 1,600m is his target.

“This will be a different world for him, a Group Two and up to a mile, but I don’t think the distance will trouble him now and he’ll still have a light weight up in class,” Yiu said.

“That isn’t until towards the end of October but he’s a horse that has to have his runs spaced, he’s very good fresh.”

Jolly Banner has been marooned on a 101 rating for some time, which had Yiu concerned that the summer rating review might see the gelding lose a point or two and put him back into Class Two.

“If that happened, he’d have the top weight all the time and lighter-weighted horses could just beat him – I think the weight was important today and so was the ride. I asked Chad not to hurry, to stay midfield and come later,” Yiu said.

Schofield said he didn’t see an issue with the extra distance over the mile, even though all Jolly Banner’s wins have been at 1,400m.

“As an older horse now, it might even suit him better now that we’re trying to ride him in a more relaxed way,” he said. 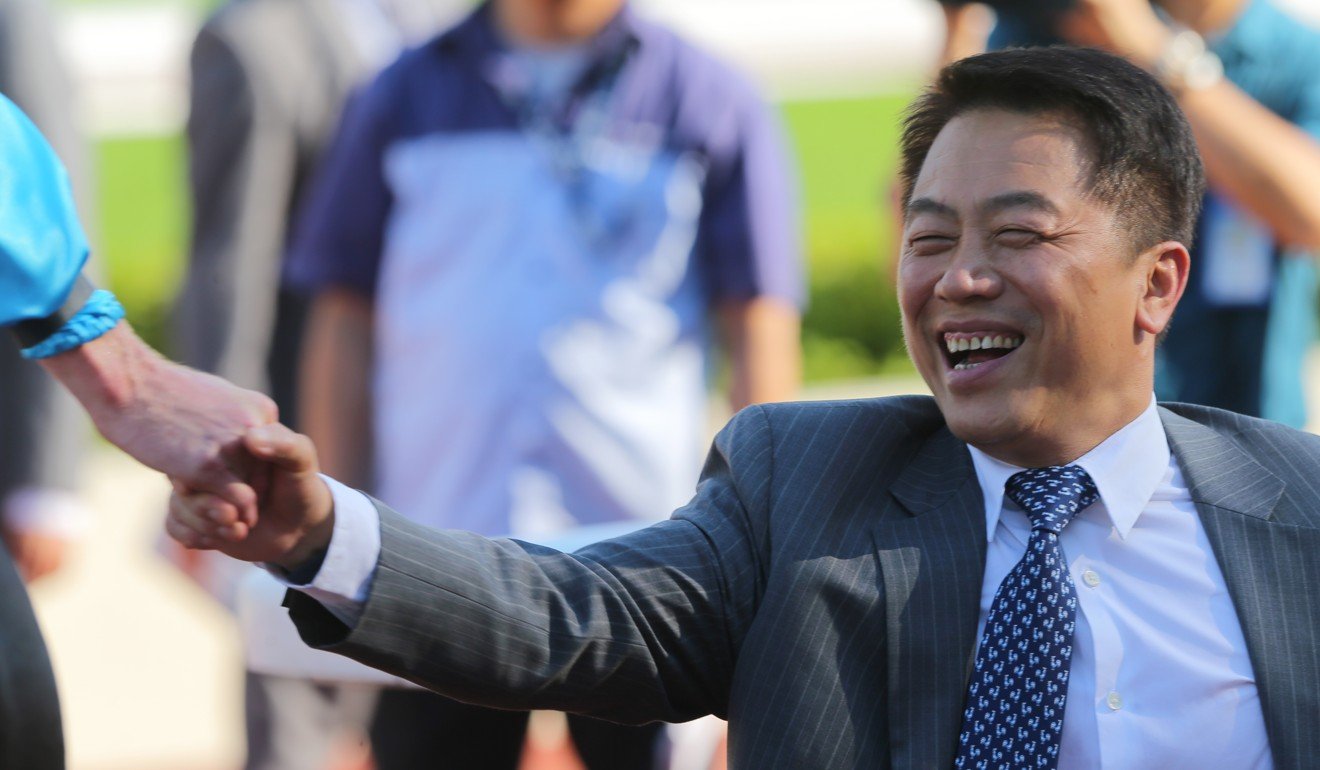 The rematch with runner-up Winner’s Way (Zac Purton) may happen in the Sha Tin Trophy but Tony Cruz has the Celebration Cup on October 1 mapped out for that gelding in between.

“The race wasn’t perfect for him today with Magic Legend leading him then slowing up. That didn’t suit him,” said Cruz. “When they’re rated 110, there aren’t many options so the Celebration Cup is next.”

For a feature race, it was a rare one where Joao Moreira wasn’t in the thick of things, finishing fifth on Cruz’s second string, Romantic Touch, but the Brazilian still played a big part in the day with three wins.

He took the first two on Super Euro Star for Michael Chang Chun-wai and Seven Luck for Frankie Lor Fu-chuen, before he managed to coax the Me Tsui Yu-sak-trained Dragon General to his first win around a bend in the last. 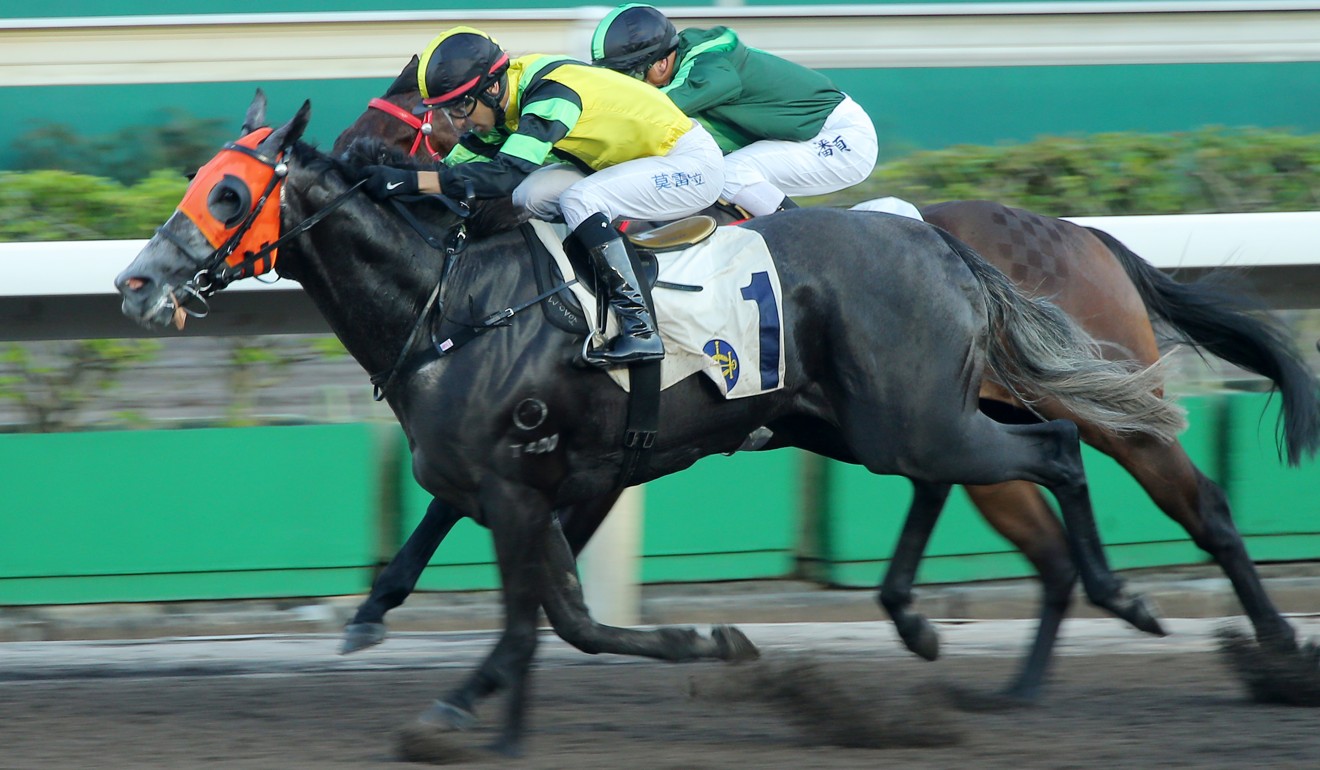 “I had forgotten he doesn’t like turns and I really had to help him around, but he proved, down in Class Three, that he was the best horse in the race,” Moreira said.

After Super Euro Star had made a one-act affair of the opening Class Four, Moreira admitted, after winning a Class Five on the gelding in July, he hadn’t held out too much hope for the horse’s prospects.

“Michael asked then if he could win another race – I said I really doubt it,” Moreira said. “But I also said that, if I’m wrong, at least we could all be happy about that. This was such a weak race today that he was able to and now he’s a two-time winner. One thing about him, he really does try, so maybe with a claim he could win another one.”