Nash Rawiller brings up a century of Hong Kong winners

Nash Rawiller is all smiles after recording his 100th Hong Kong winner with Strathclyde on Saturday. Photos: Kenneth Chan

There was a time when it seemed reaching 100 winners was going to be a tough ask for Nash Rawiller but the dogged Australian smashed through the triple-figure milestone in style with a double on Saturday at Sha Tin.

Rawiller famously started his stint at Sha Tin with just two wins from his first 70 rides, and mid-table finishes in his first two seasons were hardly the type of returns associated with a rider who brought with him a Hall of Fame-type resume.

A shoulder injury in mid-April ended Rawiller’s season but by then he had clawed his way into the top three – trailing only Joao Moreira and Zac Purton.

Saturday’s double on Strathclyde and Ace King gives Rawiller seven wins for the term and he seems well on his way to maintaining momentum and his hard-fought position in the pecking order.

Jockey @nashhot scores his 100th winner in Hong Kong with a narrow victory aboard Strathclyde for Tony Millard in R4 at Sha Tin #HKRacing pic.twitter.com/MSI5Nq19qd

The 42-year-old was typically nonplussed at passing the milestone but happy to keep the support he had gained before last term was ended abruptly.

“I’ve just sort of stuck at it and I’m starting to get a few more opportunities,” he said. “Obviously I was going well before the injury and thankfully I have kept most of the support from trainers I had gained. But I still feel like I can only get better as the season goes on.”

Neither of Saturday’s winners will be reaching any great heights but Strathclyde may have at least found a niche where he can pick off some wins, with the bulky four-year-old winning for the second time on the all-weather track.

Strathclyde’s trainer Tony Millard said he is likely to keep the gelding to the dirt and Rawiller wasn’t worried about the sprinter becoming a dirt specialist.

“That’s not a bad thing, it’s the same horses that go around every week,” he said.

Rawiller gave Strathclyde a lovely ride from barrier four, finding the fence and then unleashing his trademark tenacity to lift the gelding in a close finish.

With top weight of 133 pounds on his back, Strathclyde was conceding 20 pounds to runner-up Beekely and that gives Millard hope his horse has some upside. 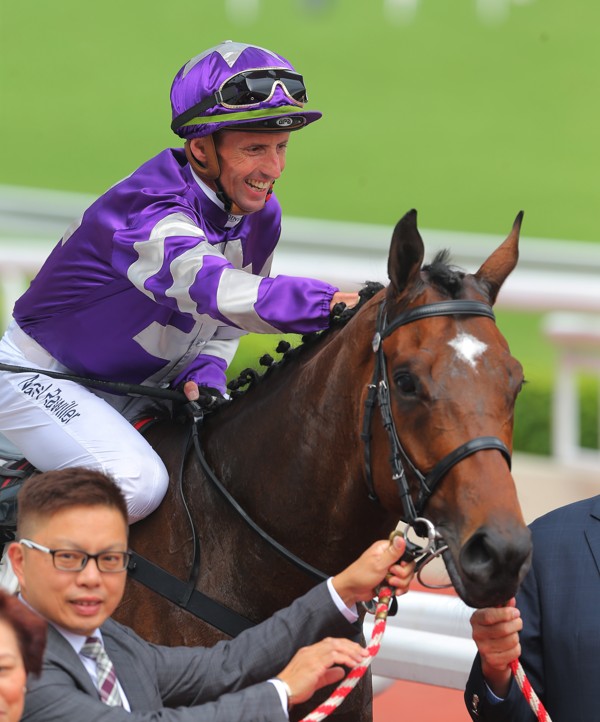 “That’s not easy to do what he did today,” Millard said. “He was first-up, and he is the type of horse that will come on for that run. We have taken care of this horse, just really taken our time with him. He had only had the seven starts before today.”

Unfortunately Rawiller’s second winner came about under terrible circumstances with runner-up Beauty Master breaking down in the closing stages, when it appeared he had the race sewn up, and later euthanised.

“It was a tragedy it ended that way, and obviously I feel really sorry for the connections of that horse,” Rawiller said.