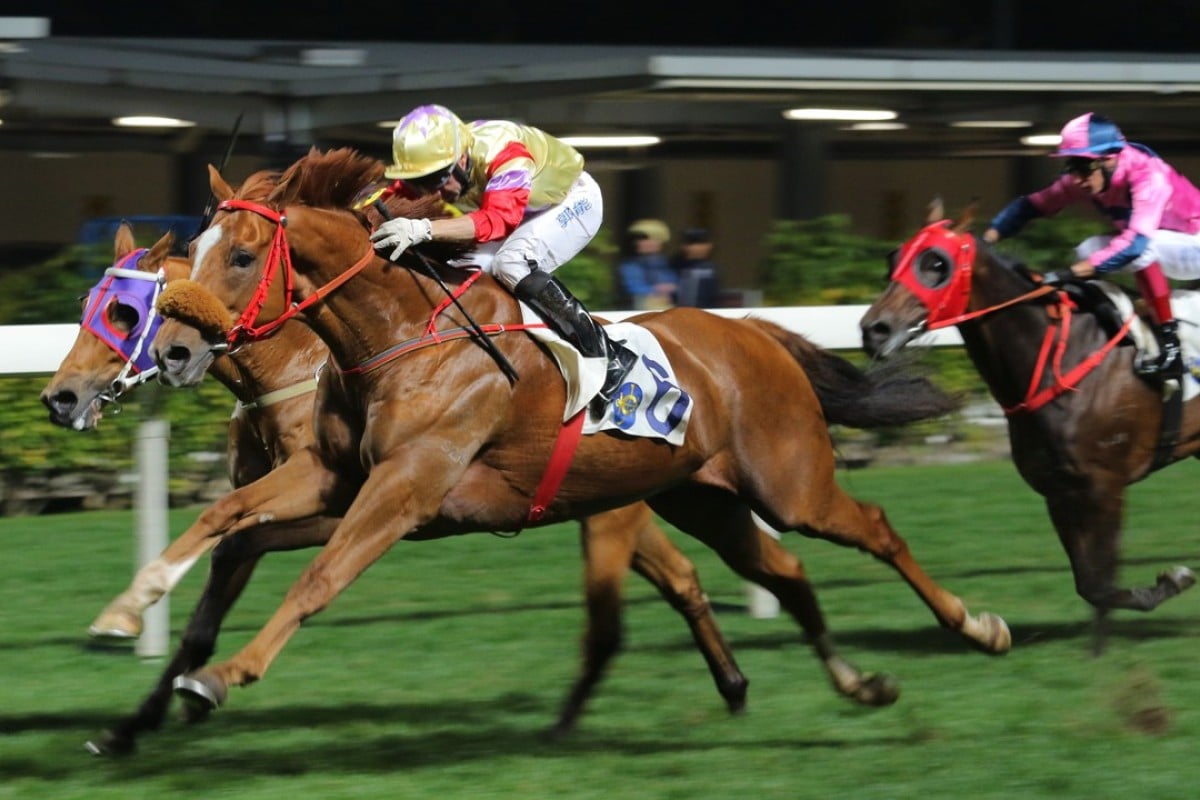 Ultimate Glory launches himself across the line as he jumps a shadow at Happy Valley in 2016. Photos: Kenneth Chan

As it stands, Ultimate Glory gets just one shot at his preferred course and distance each season and trainer Manfred Man Ka-leung believes his game chestnut is up to the challenge in the Class Three Tai Shue Wan Handicap (1,650m).

Ultimate Glory is banned from racing under lights at Happy Valley because of his dangerous habit of jumping shadows on the track.

That means Sunday’s fixture – the only one in daylight at the track this term – is a golden opportunity for the seven-year-old, who has won twice from five Class Three starts over the course and distance.

The concern is an unconvincing eighth on the dirt three weeks ago but Man said it would pay to forgive that effort.

“He was first up from a long rest, he was rusty,” the trainer said. “He will be fitter this time and of course he loves Happy Valley, he just isn’t allowed to race there at night time.” 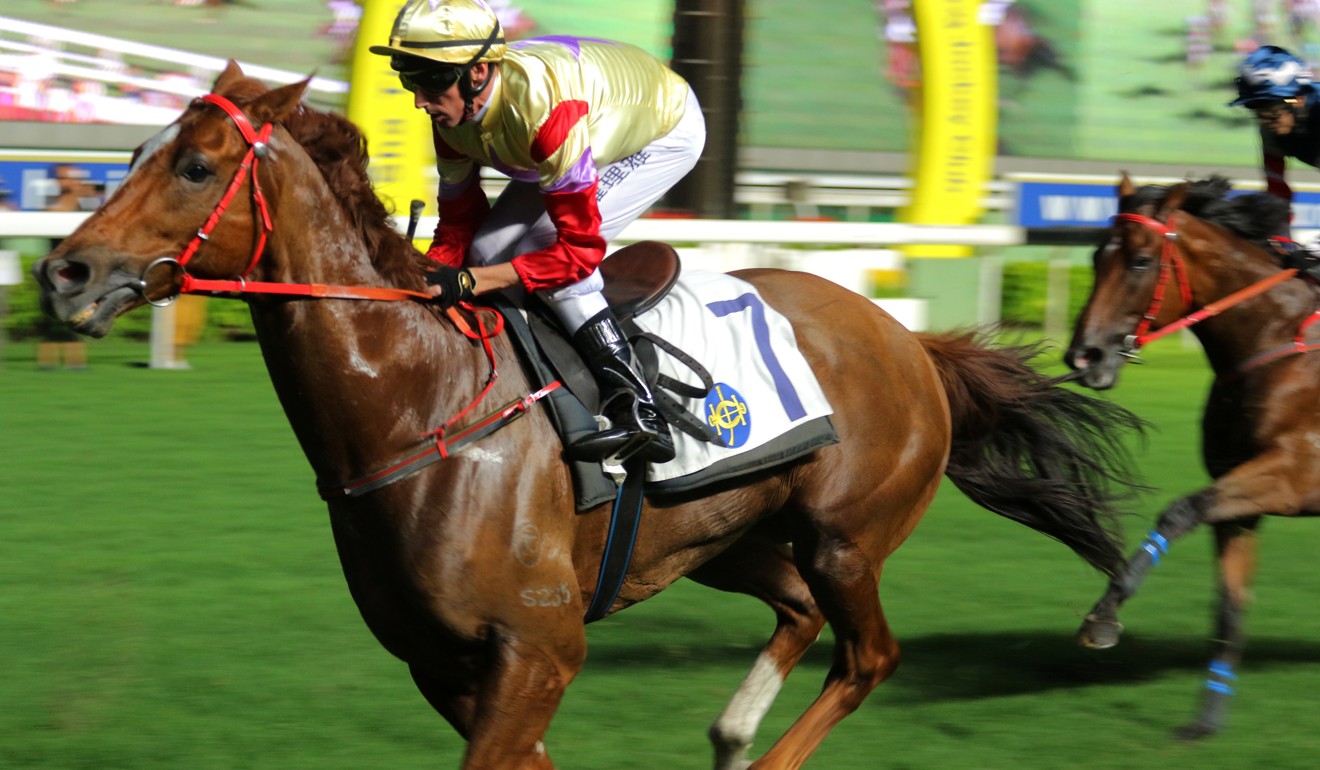 Ultimate Glory’s form on the dirt is mixed and he is mostly ineffectual on the turf at Sha Tin, so Man hopes stewards can review the ban placed on his gelding in 2016.

“I’ll speak to them, if you have a child that misbehaves you don’t just ban him forever, I think he is a little older and will be better now.”

Ultimate Glory is one of a host of top chances for heavyweight rider Nash Rawiller, with the Australian looming as a decent bet in the Jockey Challenge.

Rawiller’s rides in the final three races, starting with Ultimate Glory, mean he will be hard to hold out of still in contention when betting closes.

Speedy Longwah was another horse that was disappointing first-up but has a good record at the track and a rating that is dropping back down to a dangerous level. 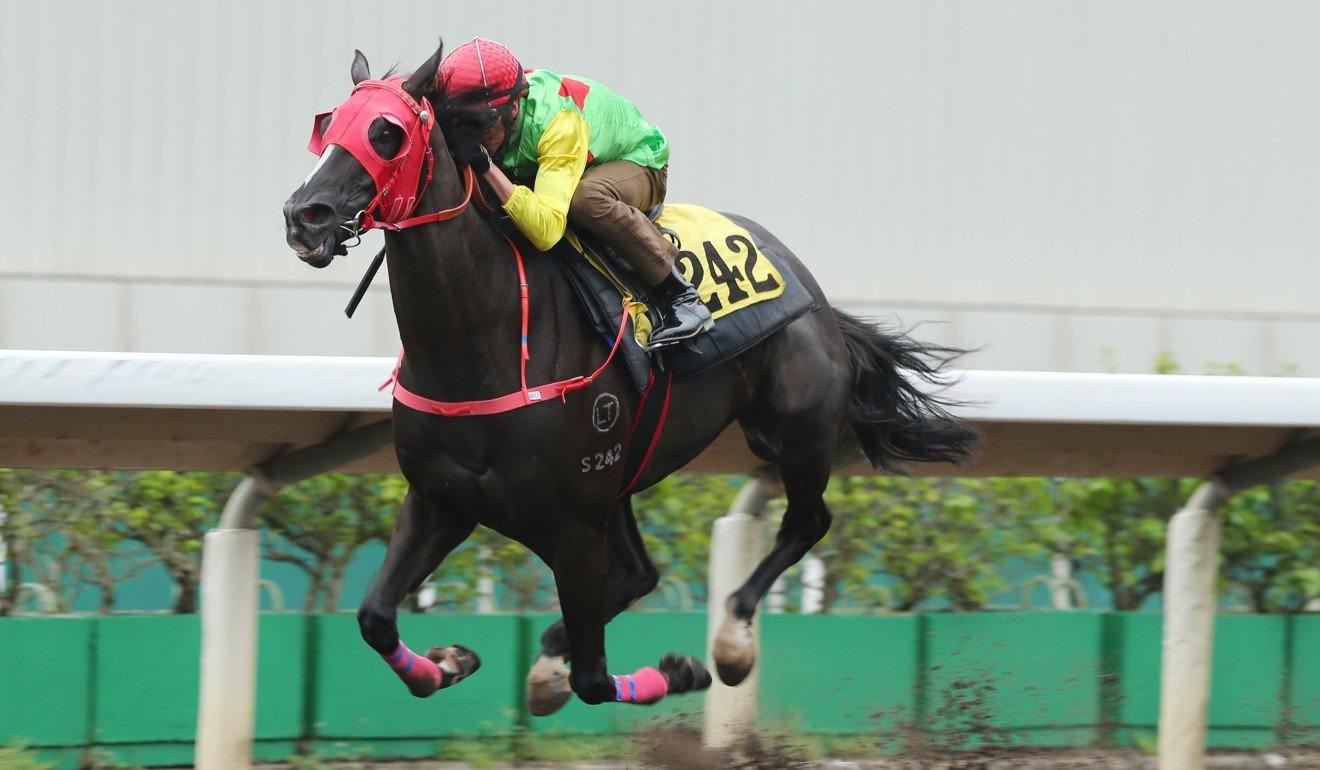 Southern Legend is one-for-one over the course and distance and should start a short-priced favourite despite a wide draw.

Southern Legend is one of three rides for Caspar Fownes but also one of three for owner Boniface Ho Ka-kui, along with stablemate Sichuan Chief in race two and Sichuan Boss for trainer Tony Millard in race five.

Le Penache showed last time out he has reached a ratings level where he can win with a closing effort over 2,000m at Sha Tin.