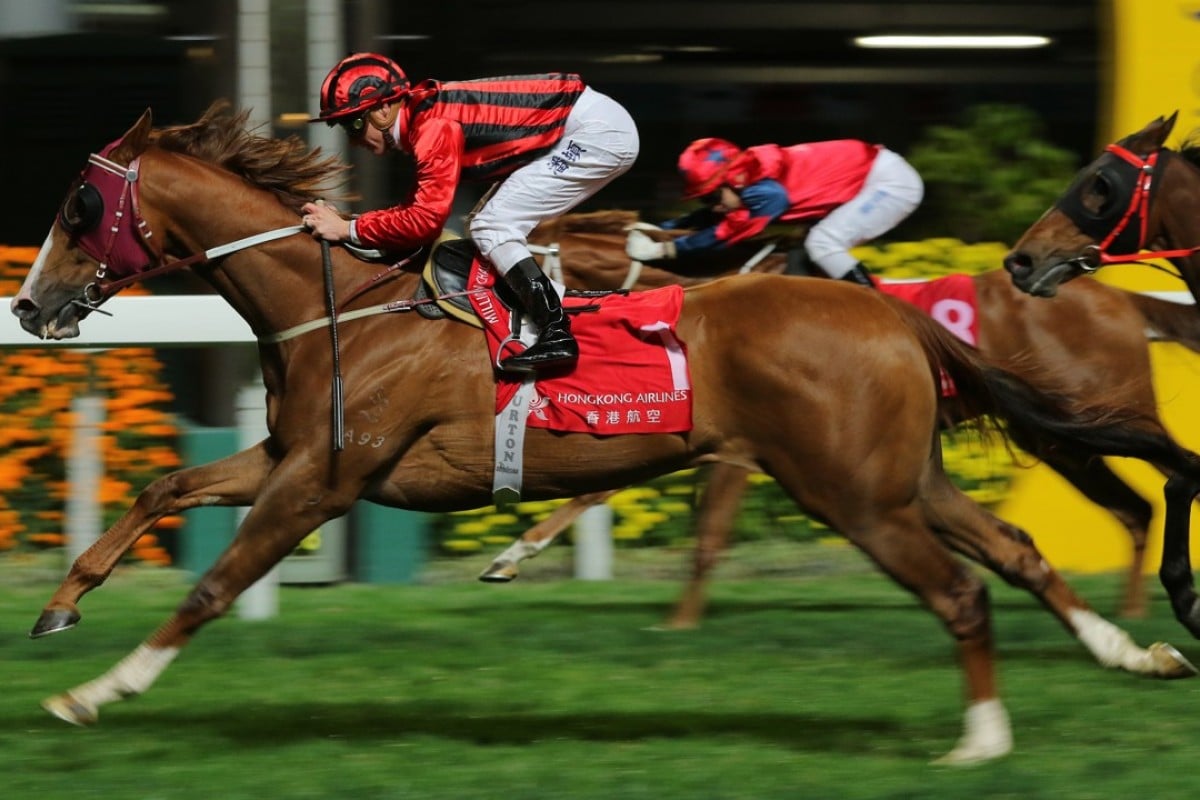 Trainer John Moore was half a world away watching as his former Queensland Derby winner Eagle Way got his career back on track in the Group Three January Cup on Wednesday night in his first look at Happy Valley.

Zac Purton settled Eagle Way back in the field early before bringing him with a powerful run to overhaul The Golden Age in the final 150m.

The margin was less than a length at the finish but impressive enough given that Eagle Way carried 133 pounds and conceded 15 to the runner-up, who is touted as a Derby prospect.

“I’m sitting here in our apartment on the Gold Coast with George and the breeders of the horse, watching the Happy Valley races and, obviously, the Cup,” said Moore, currently in Australia for the Magic Millions yearling sale.

“And it was great to see Eagle Way bounce back and win like that. He was a very sick horse in the weeks before the Hong Kong Vase, when he had pneumonia. But I thought he ran well in the Vase considering that and he was down in class tonight and it’s fantastic to see him back in form again.”

Eagle Way had not been to Happy Valley previously for as much as a barrier trial and Moore admitted it was a gamble taking him to the smaller track sight unseen.

“It was a roll of the dice as far as the size of the track but I did think that he would relish the surface,” he said. “He has shown before he likes some cushion in the ground and we have had a few foot problems with him so I thought the more forgiving surface was going to be in his favour.”

While the win was good news for the Moore team, it was another missed by stable jockey Tommy Berry, who was riding 37-1 chance Harbour Master and has been aboard only four of the stable’s 12 winners this term.

“I offered the ride to Zac because he’s been doing some riding for the owners, the Siu family, and of course he won the Hong Kong Cup for them on Time Warp so they were happy to have him on,” said Moore. “That was the connection there and now Eagle Way will head on towards the Gold Cup next month and I’ll be offering the first refusal of the ride to Zac again in that race.”

Contribution brings up the 100th win as an Owner for Mr Hui Sai Fun and Joao Moreira's third from the first four races tonight #HappyWednesdayHK pic.twitter.com/F3eSowNMCd

While the January Cup was the nominal highlight of the night, Joao Moreira provided a more historical moment on the Tony Cruz-trained Contribution.

One of the three wins on the night for Moreira, Contribution was the 100th winner for his owner, Hui Sai-fun, who first raced horses in Hong Kong in the 1950s.

The horses owned by Mr Hui Sai Fun over the last *61 years pic.twitter.com/luGiUSuqcn

The Jockey Club has famously been producing a celebratory cake for Hui each time he has had a runner since his last winner, Calculation in July, but there wasn’t one on Wednesday night night.

Club officials were informed ahead of time that Hui would not be in attendance so the big moment passed without note, for now.

“We knew he would not be here but the club is planning to honour this tremendous achievement at Sha Tin on Saturday, when Mr Hui will be on course,” Jockey Club executive director of racing business and operations Tony Kelly said. 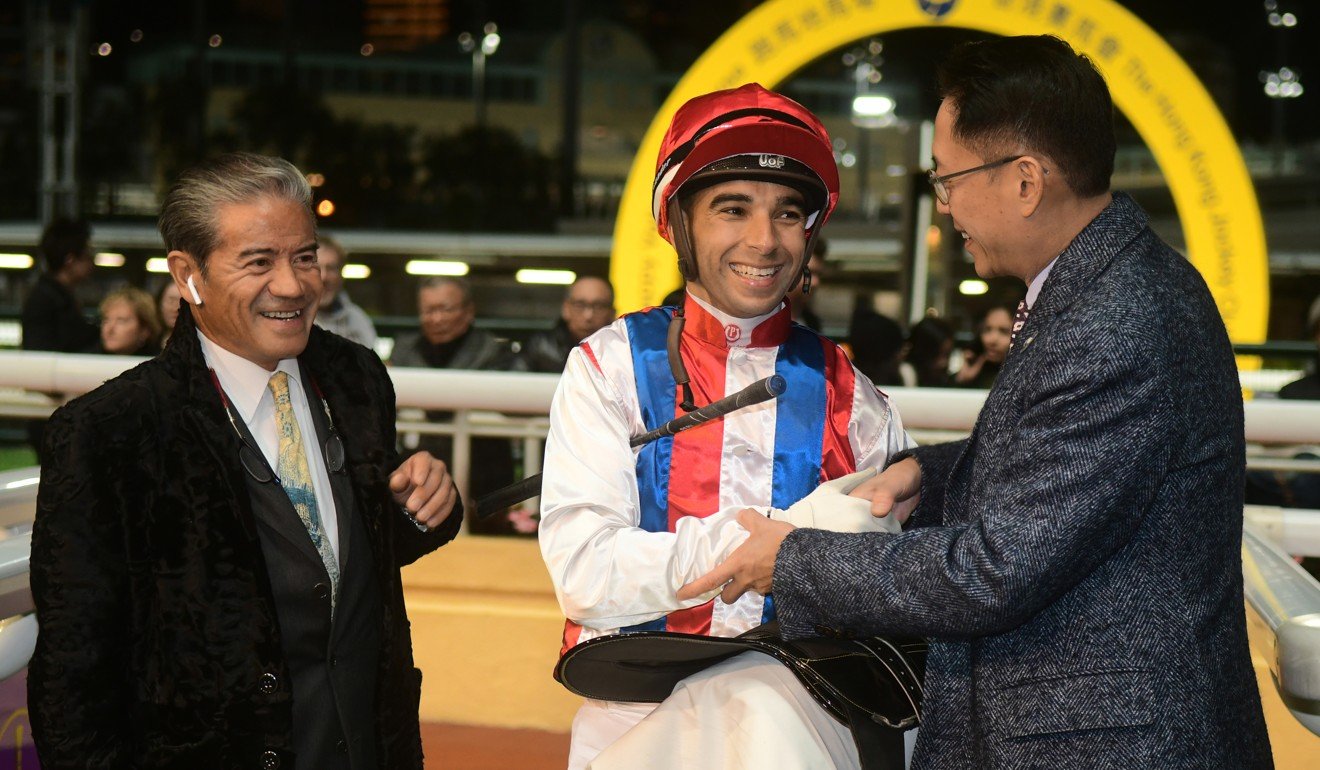 But that didn’t stop Cruz from basking in the moment.

“Mr Hui has been owning winners since before I was born, there will never be another owner to win 100 races,” he said. “As a jockey, I rode many winners for Mr Hui, including some big winners, and I’ve trained quite a few as well for him. Now his son Julian is supporting me as well. I’m just so happy to be part of such a fantastic moment.”

Stewards had a relatively quiet night with French jockey Pierre-Charles Boudot the only “victim”, suspended for two days over a careless riding incident in race two.