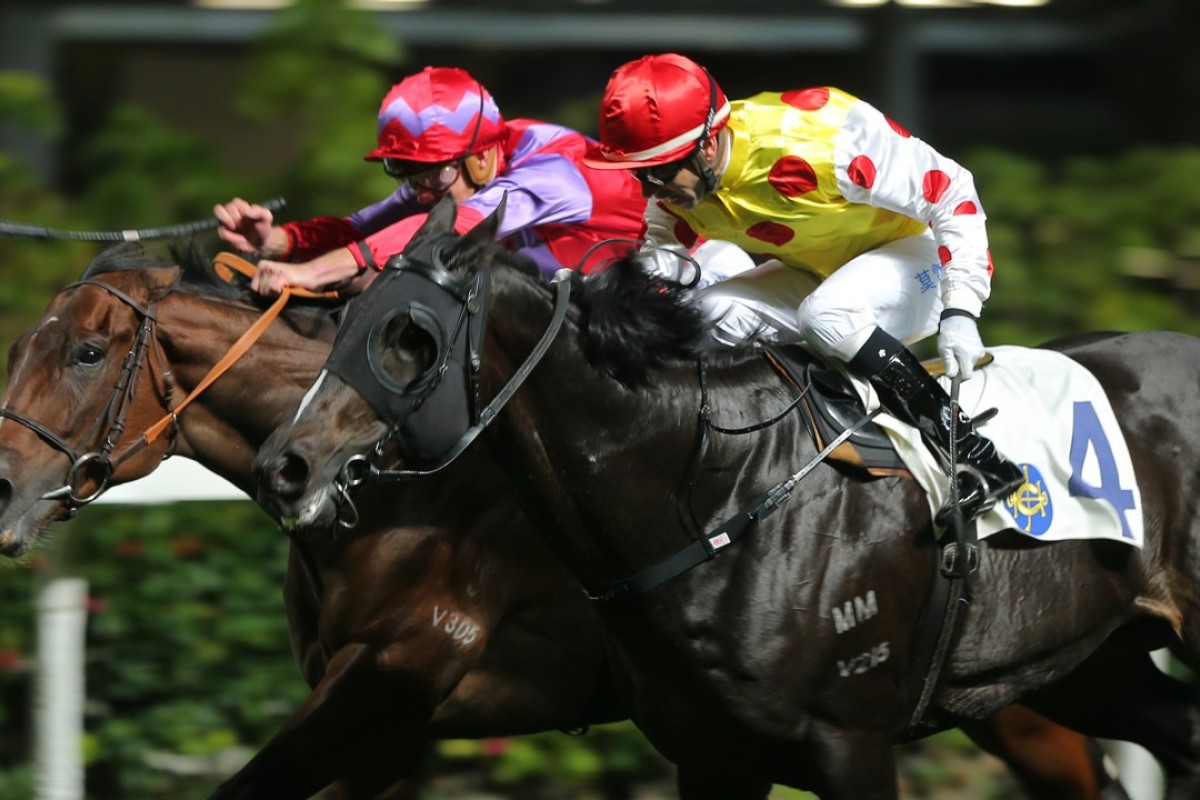 Trainer Richard Gibson is doing an excellent job with some of his stable transfers this season and he advertised another potentially successful takeover job with cellar dweller Carry To Win on Wednesday night at Happy Valley.

It was a tough evening for the stable, with Gibson’s two runners both finishing second but at least there was a silver lining to the first of them.

Gibson won in the bottom grade with soundness-challenged Victory Duke earlier in the season and scored a Class Three cup on the weekend with Radiant Steed, both horses who were subjects of stable changes.

Carry To Win was beaten on Wednesday night but his narrow second at his first appearance for Gibson was surely the precursor to becoming the next transfer success in the yard. Chad Schofield gave the four-year-old one of the best losing rides you’d see from a very awkward barrier (10) and Carry To Win looked sure to get home when he loomed up between the leaders inside the final 100m but Joao Moreira managed to lift Actuariat over the line by a short head.

If we looked back to the early days of Carry To Win’s time in Hong Kong, he finished only three lengths from House Of Fun in a Class Four at Sha Tin among some other useful if not outstanding efforts early last season as a three-year-old.

But somewhere along the path, he lost his way in the second half of the season and plummeted down the ratings to the point that he lined up at Happy Valley off just a 21 rating.

In December, he trialled for his new yard in good style at Sha Tin to suggest he may have turned the corner and his run on Wednesday night confirmed that.

Just how much talent he has remains to be seen but it doesn’t take an awful lot of it to win at the bottom of Class Five and Gibson should be able to get a win out of the gelding in the near future, especially if he can find another similar event over the Valley short course and draw a better barrier.