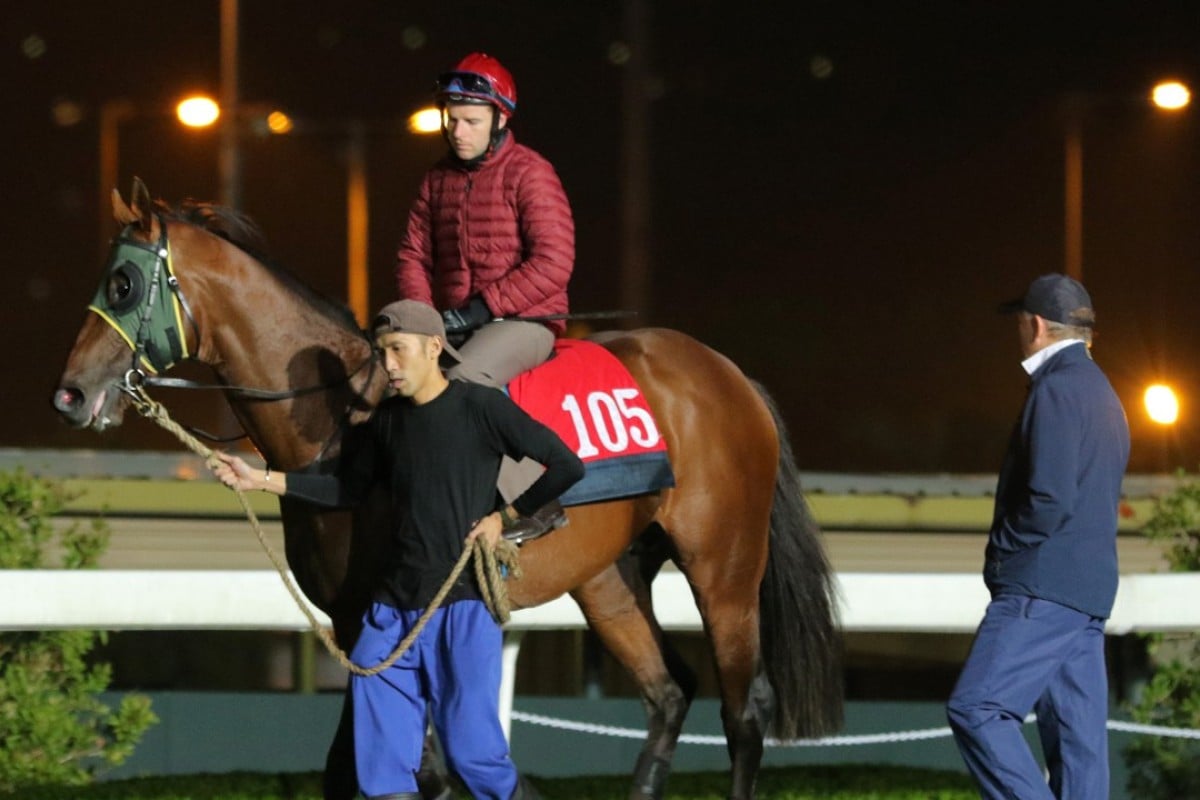 Good Standing will miss another vital race on his path to the BMW Hong Kong Derby but trainer John Moore has described his four-year-old’s scratching from the HK$10 million Classic Mile on Sunday as “a nuisance rather than terminal”.

The former Australian galloper made a good impression when fourth to Pingwu Spark at his local debut when he looked in need of the run.

But since that race on December 17, Good Standing was withdrawn from a scheduled start on January 6, and the same crack in his left hind hoof has again forced his absence from the first leg of the classic series.

“We’ve had to do some remedial work with the foot and his gallop on Thursday aggravated it and he just didn’t trot up well enough this morning to run,” Moore said on Saturday after the colt was withdrawn. “It’s not a quarter crack, it’s not as bad as that, it’s a crack further back on the heel. It’s more of a nuisance thing, not terminal.”

Moore now has his eye on running Good Standing in a Class Two over 1,400m on February 4 with the 1300-pound colt.

“It’s a bugger to miss races with him because he’s a big boy and needs racing, but if we get it stabilised and get him into that race on the fourth, he’ll quickly get back on track for the Derby,” Moore said.