No Hong Kong Derby, but Conte and California Fortune provide hope for future

There looks to be a lack of depth among those competing in the four-year-old series, but there are others in the age group who can keep climbing the ranks 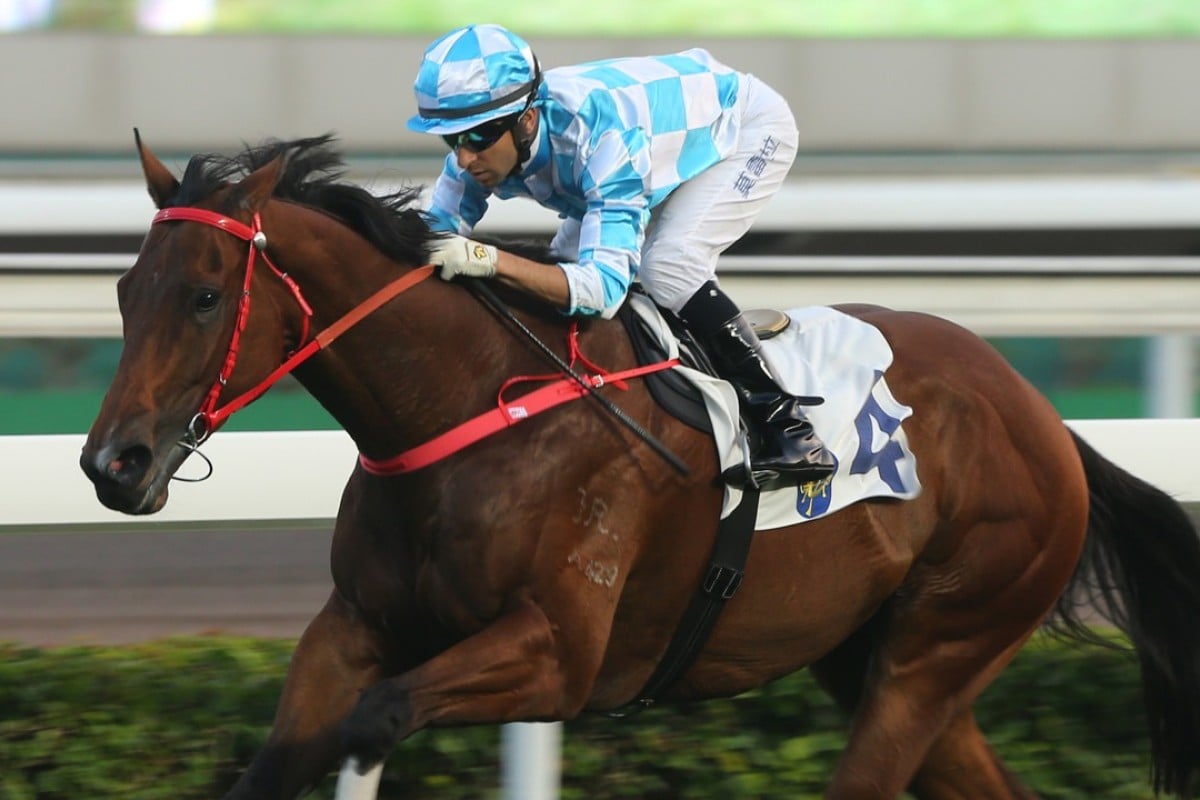 The 2018 BMW Hong Kong Derby crop might look worryingly weak but the strength of those four-year-olds not heading to the HK$18 million feature like Conte and California Fortune give some hope for the future and both look set to continue winning on Saturday at Sha Tin.

Nothingilikemore, Exultant and Singapore Sling form a strong top three heading towards next weekend’s Hong Kong Classic Cup and the Derby on March 18 but beyond that, the field has fallen away badly with injuries to key horses like Sacred Elixir and Insayshable, while others have failed to acclimatise.

Outside the Derby entries hope can be found though, with the John Size-trained sprinters Beat The Clock, Premiere and Ping Hai Star, who holds a Derby entry but is unlikely to contest the race.

Their stablemate Conte is the sort of horse who might have been pushed towards a Derby under the care of another trainer, but Size has taken things slowly with the big gelding, picking off four straight races this season. 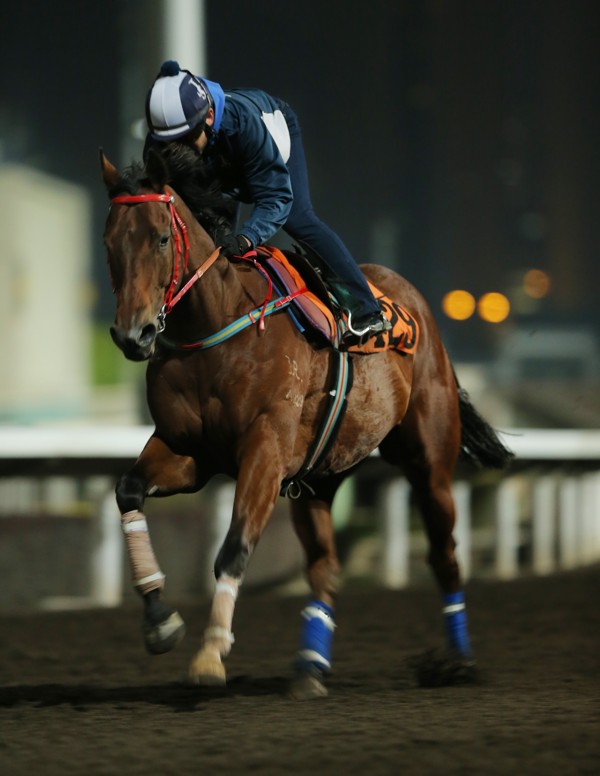 Conte has risen 34 points with on-speed performances more akin to barrier trials, with Joao Moreira keeping a hold on the son of Starcraft each time.

Now Conte finds himself in Class Two in a race where Moreira is far more likely to have to push, stepping up to 1,600m in the Kwong Wah Handicap.

The biggest danger may come from a horse who could end up in the 2019 Derby, with John Moore’s three-year-old Easy Go Easy Win (Tommy Berry) stepping up in trip with a low draw.

With a slightly slower tempo up at a mile, Conte should be able to cross and lead from barrier three on the C + 3 course.

Easy Go Easy Win didn’t have the speed to use gate one last time but from the same barrier up at a mile, Berry could be a place or two closer. 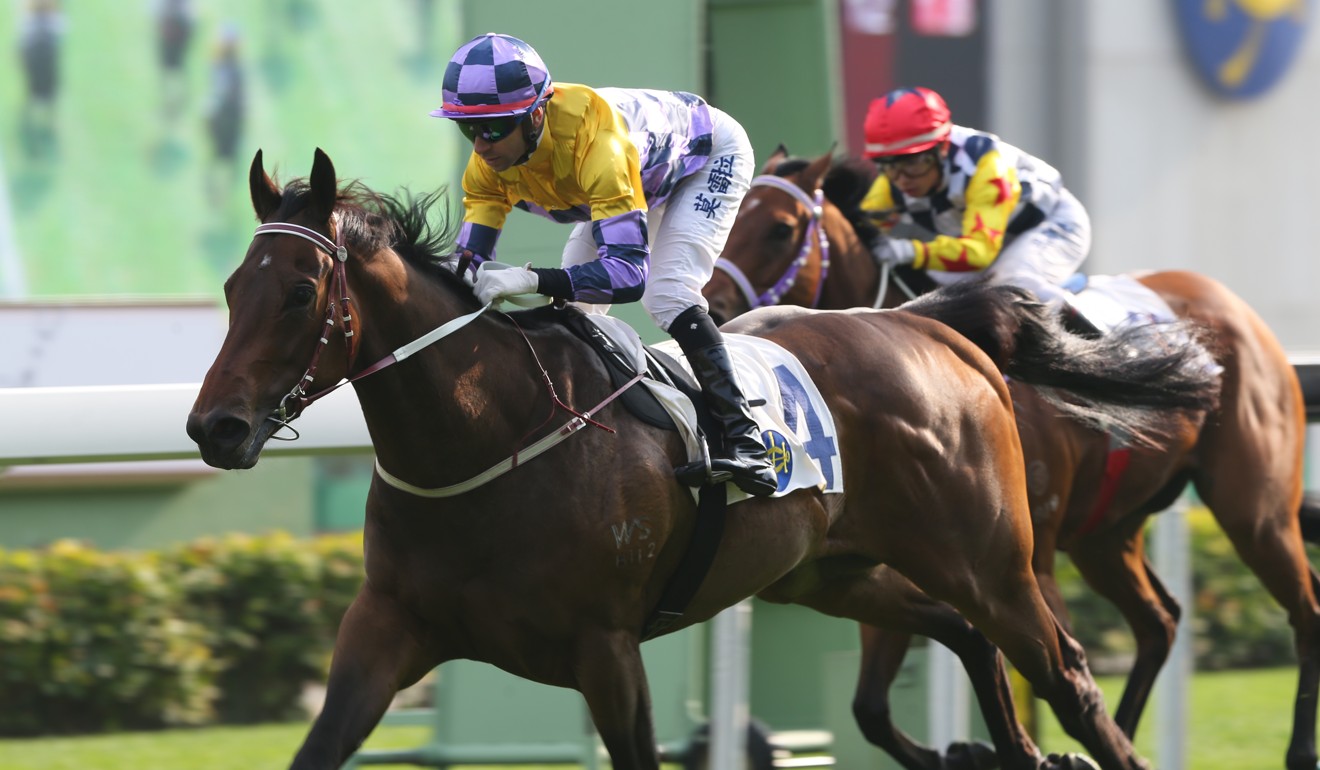 After an impressive first-up win in Class Three, Easy Go Easy Win finished just a length-and-a-quarter behind potential top-liner Pingwu Spark three weeks ago and didn’t get a clear run in the straight.

Easy Go Easy Win may not have won with an unobstructed run, but would have finished closer if he had raced in open space and the import worked to the line like he is looking for a mile and beyond.

California Fortune (Matthew Chadwick) won at Happy Valley second-up in late November but had otherwise mixed his form before bouncing back with authority last start at Sha Tin.

Leading all the way in a Class Three, California Fortune dominated to win by two lengths and it could have been further had the still-green sprinter not shied away from a photographer on the infield.

The barrier draw was kind though with California Fortune jumping from two in the Po Yan Handicap (1,200m). Hopefully, California Fortune has grown out of his inconsistencies and quirks, and this time it is far less likely he will be left “floating” in front 200m from home and allowed time to look around for photographers.

The draw allows California Fortune a chance to box seat and follow horses into the straight, something that should be not only beneficial from an educational standpoint, but also to his winning chances here.

Seven Heavens will be the fourth son of former superstar Frankel to race in Hong Kong and is aiming to be the first to win a race, with Simply Brilliant, Last ­Kingdom and Enjoyable Success yet to break through.

After winning his first two as a two-year-old, Seven Heavens struggled in Group races and placed in all three starts at Listed level, each time over 1,400m.

An impressive looking turf trial at Sha Tin on January 16 indicated that Seven Heavens is coming to hand quickly but the gelding’s previous performances and breeding suggests that he might find these rivals too slick over 1,200m. 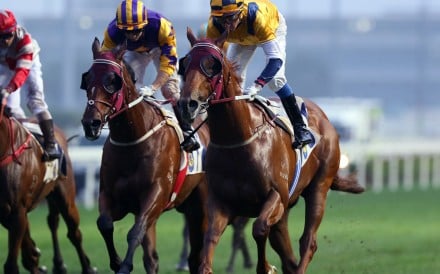