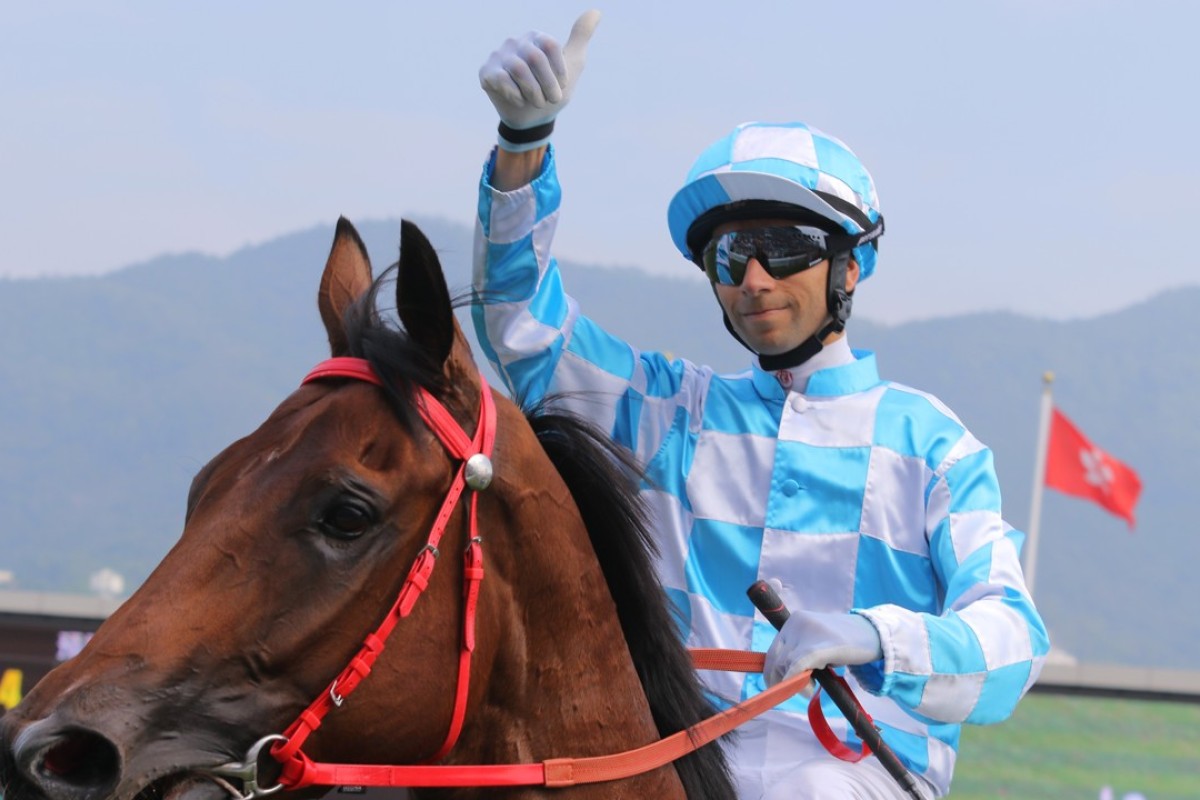 Joao Moreira gives the thumbs up after winning aboard Conte. Photos: Kenneth Chan

As the John Size-trained Conte shoots for five straight wins, his ever-confident jockey Joao Moreira believes he is on the right horse but the riders of four-year-old rivals Easy Go Easy Win and Lockheed haven’t given up hope in the Class Two Kwong Wah Handicap (1,600m).

Conte steps up to a mile for the first time and, with a low draw on the C + 3, should get the chance to dictate again from out in front.

“I don’t think a mile will be a problem for him at all,” Moreira said. “If you look at his last run he travelled very kindly, I was light on his mouth and all of the indications were that he will be suited up at a mile.” 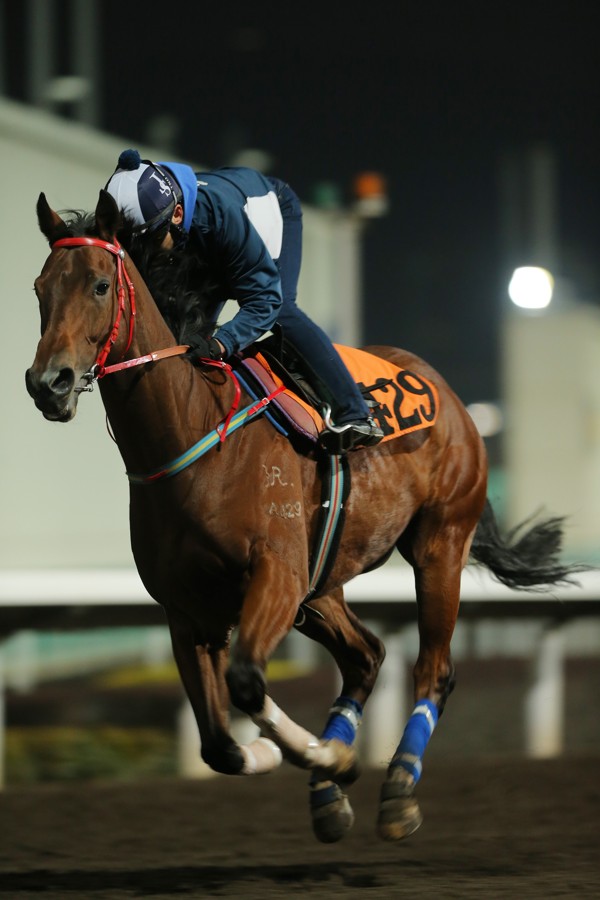 Moreira has often ridden multiple horses in a race and this time has gained some insight into two key rivals by riding Easy Go Easy Win and Lockheed in race starts this season.

“Well, they are both very nice horses as well but if I could choose between them all I would still stick with Conte. I have him ahead of those two,” Moreira said.

No Hong Kong Derby, but Conte and California Fortune provide hope for future

Berry was suspended when Moreira won on Easy Go Easy Win first-up in December but was back on board for a third over 1,400m behind Pingwu Spark last month.

Now trainer John Moore gets Easy Go Easy Win up to a more suitable distance and even though the three-year-old was slow to muster speed last start, Berry believes the slower tempo at a mile will allow him to take a stalking position from gate one. 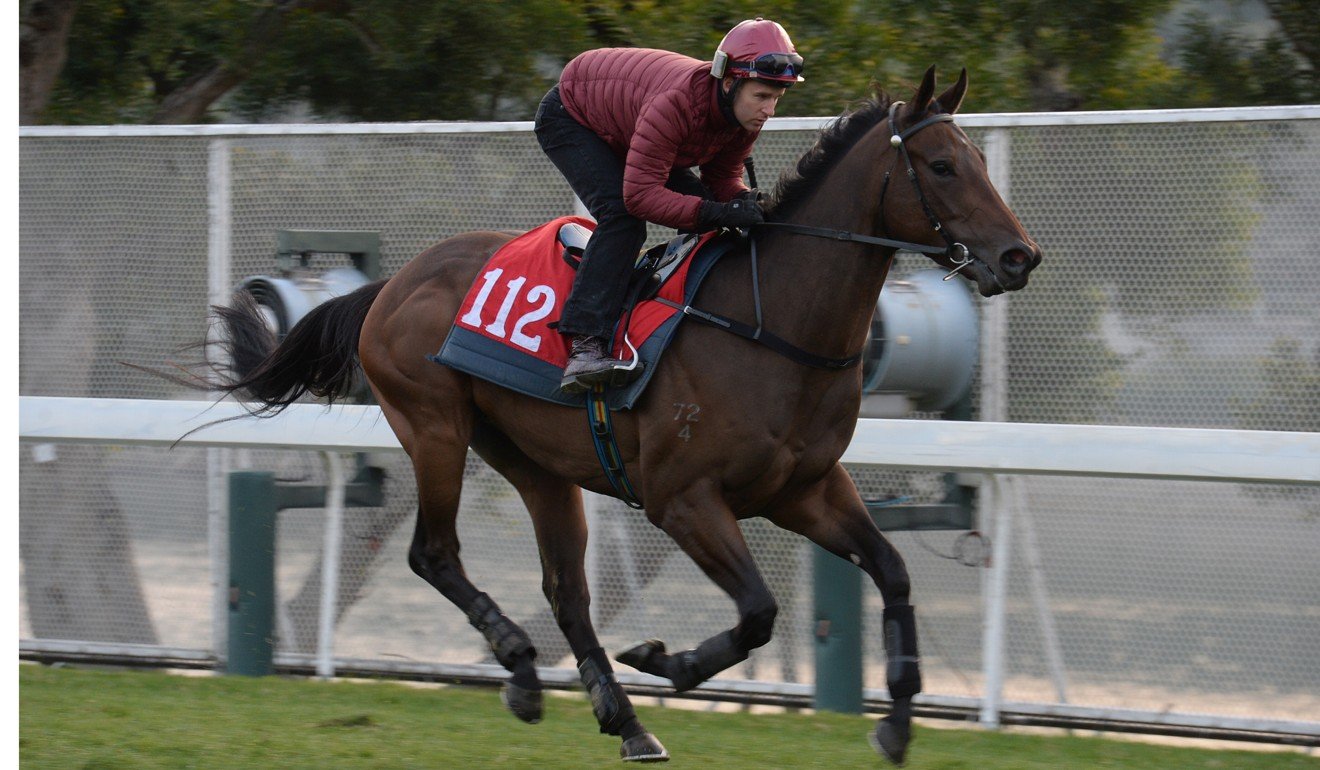 “Conte is obviously the one to beat, he can put himself where he wants, but my bloke has some class on his side as well – let’s hope we are there to challenge him,” Berry said. “Even when Easy Go Easy Win was back in Australia he would give away a start and work his way into it, but they also led on him one day as a two-year-old and he stuck on well. Now he gets up at a mile and in a race without much speed, he should settle one or two back.”

The way Easy Go Easy Win has been closing off and a track gallop during the week gives Berry confidence that a mile is perfect right now for a horse that many have earmarked as a potential 2019 BMW Hong Kong Derby contender.

“When he won first up he took a while to find his rhythm and both times the best part of his race has been the last 150 to 200m. We galloped him down the back straight during the week and he gave me a really nice feel, he ran through the line well,” Berry said. “He is doing everything pretty easily at the moment.” 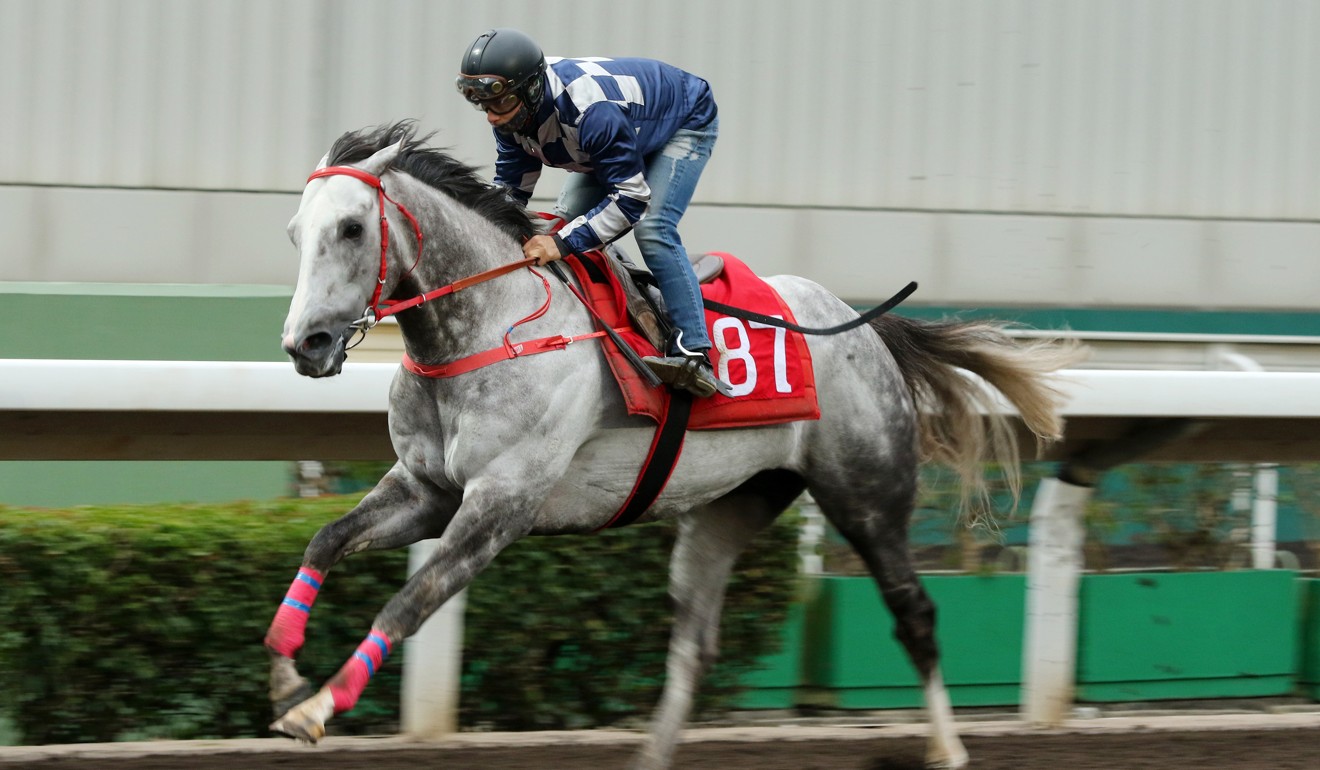 Danny Shum Chap-shing has booked Alexis Badel for Lockheed after a subpar performance in the Hong Kong Classic Mile and even though the grey “felt fantastic” in a recent trial, the Frenchman isn’t necessarily convinced that will translate to race day.

“He felt very good in the trial but he doesn’t repeat what he does in the morning in the afternoon,” Badel said. “He is always working very well, I’ve seen him trial many times like that with Joao and with other jockeys. But I’m happy to ride the horse, it’s a small field and I think he has a good chance.”