Six years in the making, Damien Oliver back a winner in Hong Kong 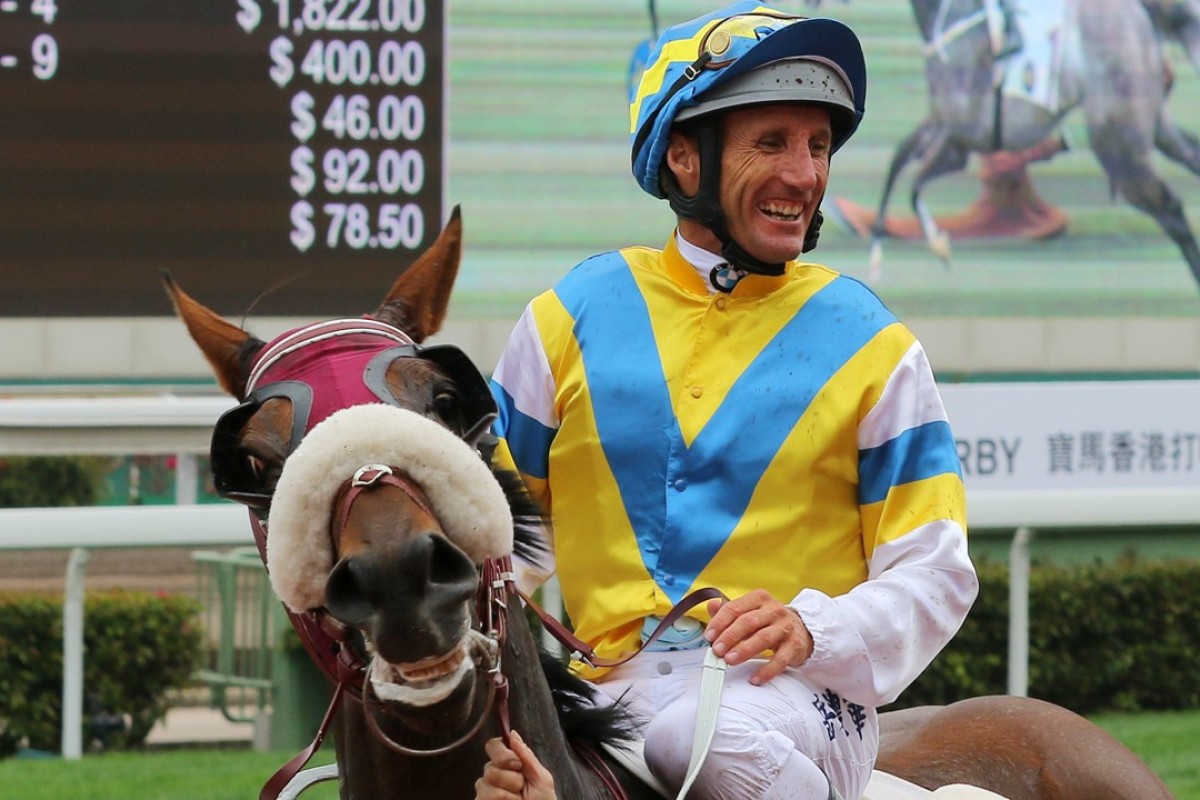 Damien Oliver is all smiles after winning with Grand Chancellor at Sha Tin on Sunday. Photos: Kenneth Chan

As long times between drinks go, Damien Oliver might have been pitching for the record when he answered a last-minute call-up from John Moore to ride Ruthven in the BMW Hong Kong Derby.

Oliver was a replacement for Hugh Bowman when he couldn’t get a medical clearance to ride following a fall last weekend, and while he managed a creditable fourth in the big one, he did actually manage to win one for Moore on Grand Chancellor.

It was Oliver’s first winner in Hong Kong since June 2012, when he had answered a different kind of call from the Jockey Club during a rider shortage, and he had only had a handful of Group One mounts since.

“I’ve always loved riding here and it was great to be back. It always sharpens you up riding here,” said Oliver, who was seen at his brilliant best getting a first local victory from Grand Chancellor.

Grand Chancellor won the Collection Handicap for Damien Oliver and trainer John Moore. The team will combine with Ruthven in the #HKDerby later today pic.twitter.com/Jl1onfrR9f

The horse had arrived as a Derby aspirant himself and fell short of the requirements, but he might be on his way now.

“John didn’t give me a whole lot of expectation of the horse,” Oliver said. “We thought he’d race a bit closer in the run but I think he enjoyed being smothered up and coming through them late. I’d watched his replays and when he’s been getting there early, he hasn’t finished with the same gusto as he did today.”

Moore said that Grand Chancellor would now take a path in the direction of the Queen Mother Memorial Cup, using the Class Two over 2,200m on April 15 as his next step.

“He’s out of a Montjeu mare and all he wants to do is stay so we want to find some longer races for him,” he said. “Damien gave him a gun ride and he was very strong.”

A gun ride from Joao Moreira on People’s Knight gave Moore a double later, his first since January, when the gelding never left the fence to take race six.