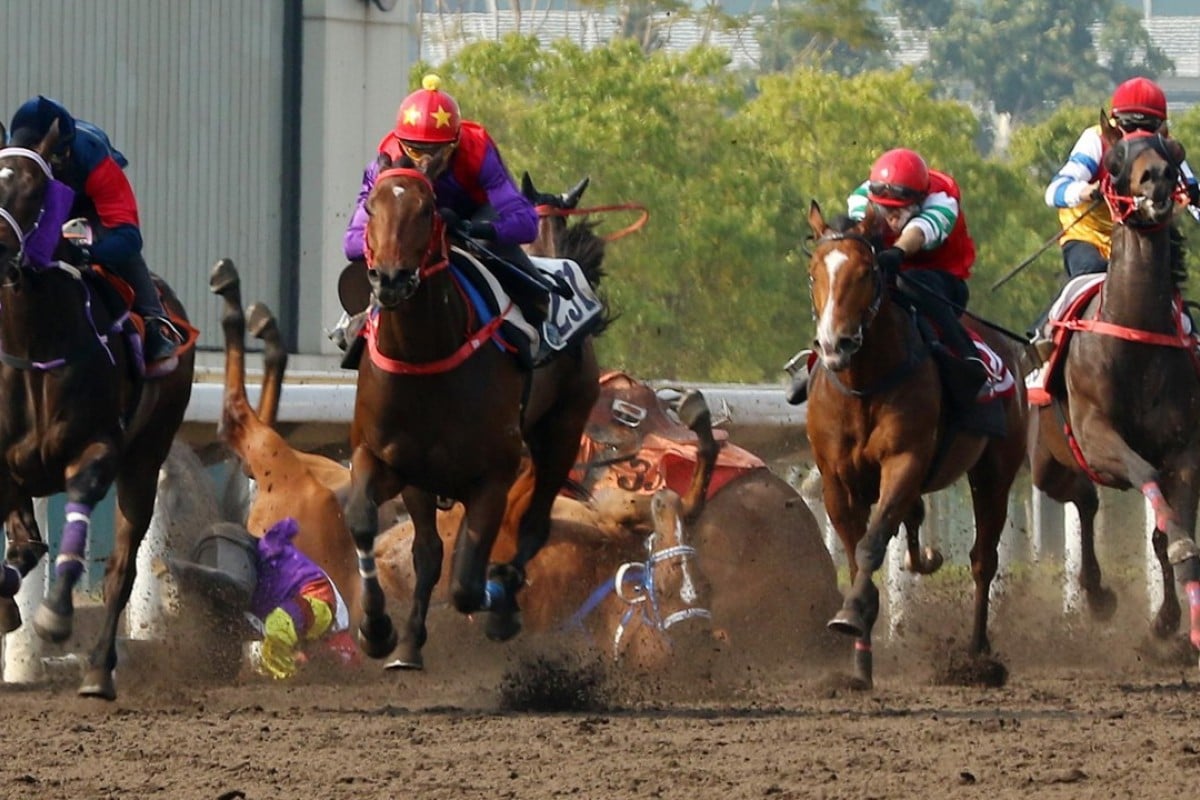 Dylan Mo has been involved in a nasty fall during a barrier trial at Sha Tin. Photos: Kenneth Chan

Apprentice jockey Dylan Mo Hin-tung has been left with a serious injury after another barrier trial fall at Sha Tin this morning, with his mount Owner’s Delight breaking down underneath the young rider in the final stages.

Neil Callan, following Owner’s Delight on My Bear Cat, was unable to avoid the falling horse and also crashed on to the all-weather track but Callan escaped apparently without injury. 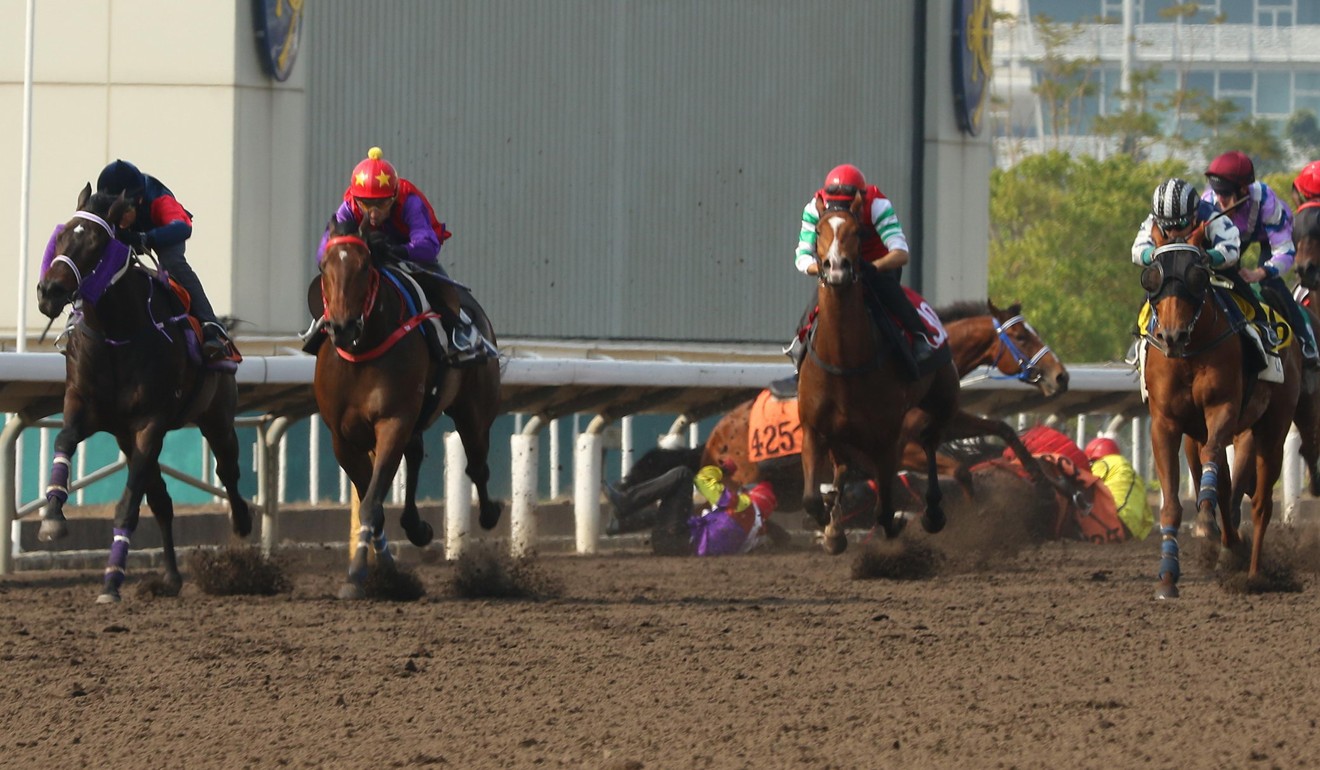 It was the second trial fall in four days, following Umberto Rispoli’s nasty accident on Friday morning which left him with a smashed collarbone.

Mo was initially thought to have broken his left leg when he was stretchered from the track and rushed to Prince Of Wales Hospital. “He is still being examined and assessed but it looks now like Dylan may not have a broken leg but he has dislocated his left hip,” said Jockey Club racing steward and Licensing Committee secretary Steve Railton. “He has gone for CT scans now to check for any bone fractures or additional injuries.”

This is jockey Umberto Rispoli’s collarbone today, surgery tomorrow ... and he says he will be back riding in three weeks Callan has begun a suspension so he was not available for Happy Valley anyway.