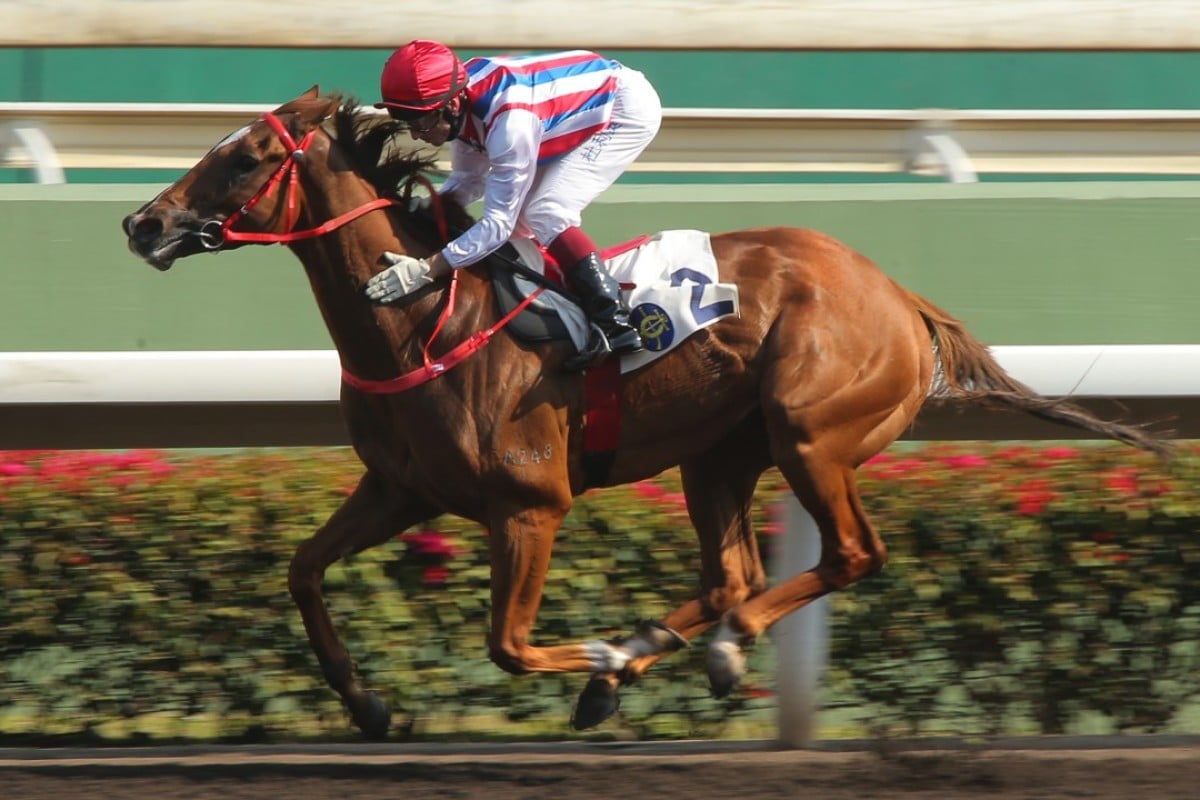 Olivier Doleuze gives Calculation a pat as he wins on the all-weather track in March. Photos: Kenneth Chan

The John Size-trained Calculation has shown a liking for Sha Tin’s all-weather track and is the one to beat in Wednesday night’s Class Two Victoria Racing Club Trophy (1,650m).

After arriving from Ireland with a victory on the polytrack to his credit, the four-year-old has now had two starts on the dirt in Hong Kong for a dominant win over this distance in March before a narrow second to the talented Pick Number One last start.

That most recent run was over 1,200m, which is probably on the shorter side of his ideal trip, and is even more impressive considering he covered plenty of ground.

In addition to his dirt statistics, the form around Calculation keeps stacking up as two starts back he finished second to stablemate What Else But You over 1,400m, who was an impressive Class One winner on Sunday. 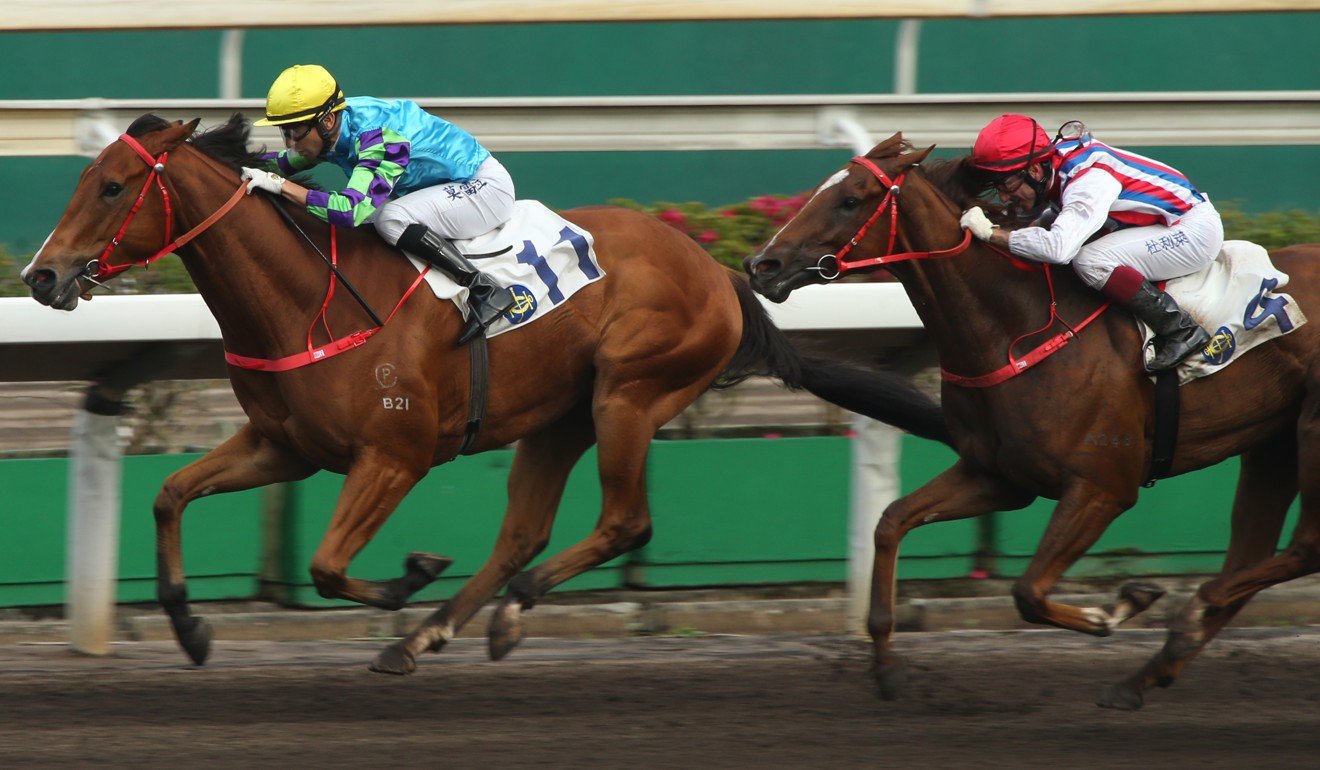 While there is only a field of eight assembled with the scratching of Dr Win Win, there are plenty of pace options with Packing Dragon, Classic Emperor, Beauty Prince and Calculation all capable of going forward, while the engagement of 10-pount claimer Victor Wong Chun, combined with a step up in trip and the inside gate, means Blocker Dee is also likely to push for the lead.

Olivier Doleuze will have options with Calculation as he has the versatility to either push for the lead or take a sit from barrier five before producing him in the run to the line.

There are two clear dangers – Beauty Prince, from the John Moore stable, and Classic Emperor, who is having his first start back in Hong Kong after a failed Dubai trip.

Beauty Prince has a dominant last start win and two seconds in his past three runs over this course and distance and will be ridden by the in-form Zac Purton. He has to overcome the outside barrier and an eight-point rise in the ratings but is more than capable.

The most talented dirt horse in the race is Classic Emperor, but there are question marks over his ability to bounce back from the international sojourn.

Trainer Chris So Wai-yin has advised punters to forget about the Meydan runs, but admitted the travel took something out of him and the six-year-old was a bit flat when second in a recent trial.

If Classic Emperor can find his best form, he will be right in the finish while the Me Tsui Yu-sak duo of Fight Hero and Divine Boy should also be considered for the multiples.