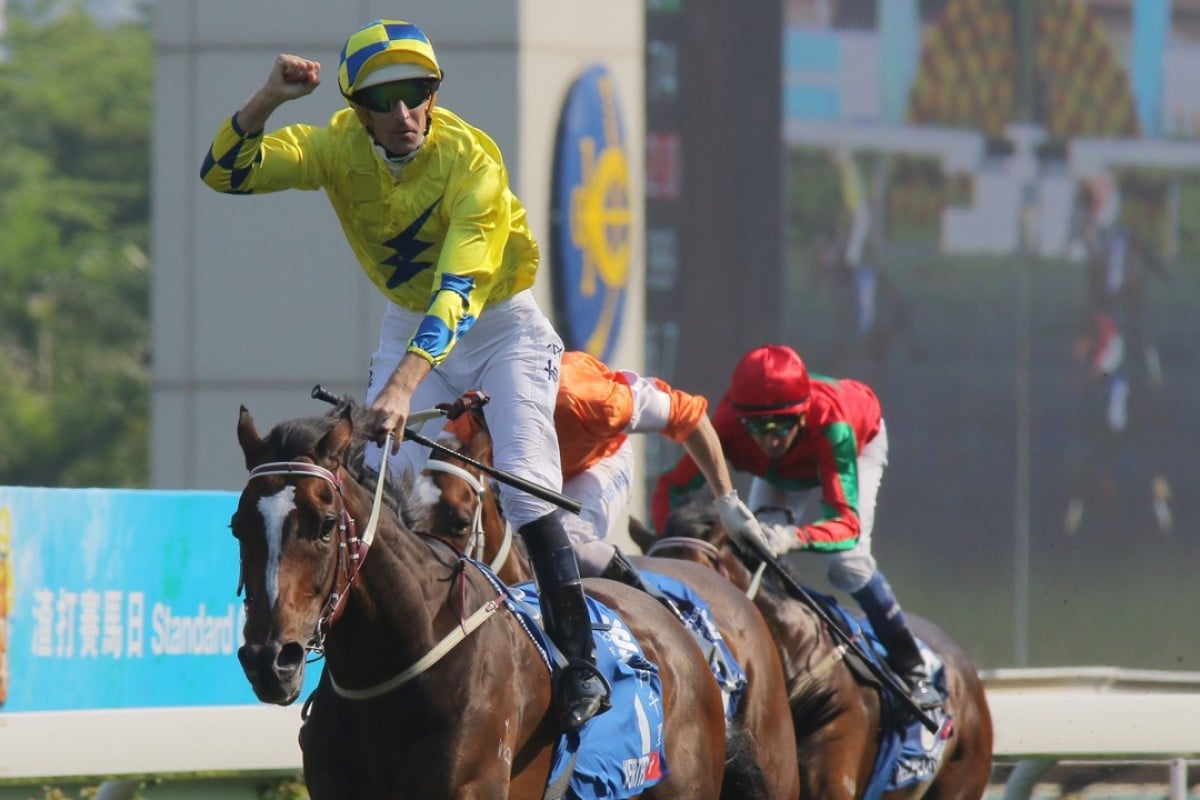 The Champions & Chater Cup could have as few as six runners with trainer John Moore yet to commit to Helene Charisma and Rocketeer taking their place in the Group One on May 27.

The trainer has entered three runners for the HK$10 million feature – Eagle Way, Helene Charisma and Rocketeer – and while the former is set to race, the latter two are in some doubt.

“Helene Charisma might not run in it, I will enter him in the 1,800m at Happy Valley [on the Wednesday before the Champions & Chater] because he trialled well there,” Moore said.

“But my first pick in that race will be Circuit Glory, so if he doesn’t get in there he can run in the Champions & Chater.

“Rocketeer runs this weekend, so we’ll see how he goes. I’ll just see how they perform and go from there.” 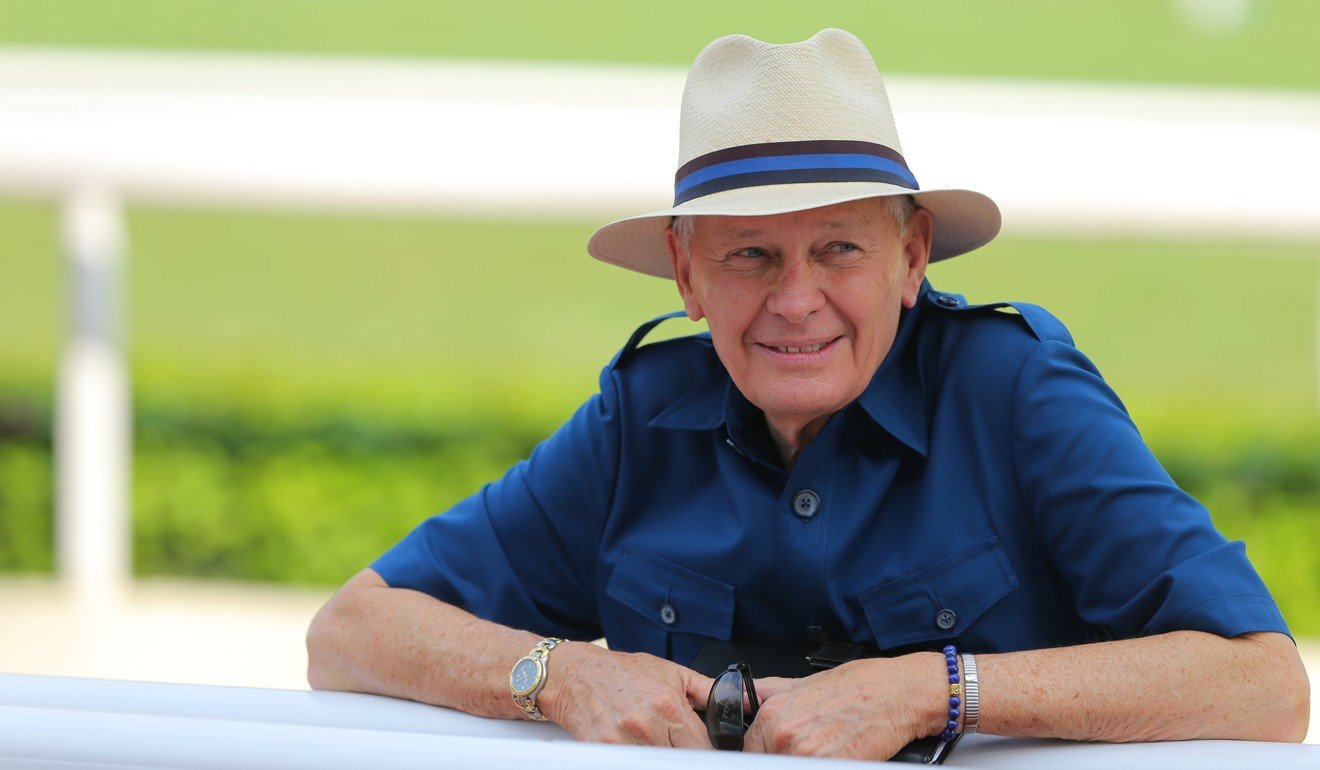 Tony Cruz is the only other local trainer with entrants in the Champions & Chater with Pakistan Star, Time Warp, Exultant and Gold Mount all poised to take part. The duo also dominated last year’s renewal with Moore having five of the seven runners and Cruz providing the other two.

The only international likely to make the trip for the 2,400m contest is Ralph Beckett’s Chemical Charge, who finished fourth to Highland Reel in the Hong Kong Vase over the same trip in December.

Eagle Way came fourth to Exultant in the Group Three Queen Mother Memorial Cup earlier this month with Joao Moreira to take the mount in the Group One.

“He was OK, he was just carrying the top weight and laboured a little,” Moore said. “When you carry the grandstand over a mile and a half, what do you expect?”

Last year’s winner Werther won’t take part in the Champions & Chater but everything is on target for his return to racing in the Group Three Lion Rock Trophy (1,600m) on June 3.

The 2015-16 Horse of the Year is on the comeback trail after he bled from both nostrils when second to Time Warp in the Hong Kong Gold Cup in February.

He had a quiet trial on Tuesday morning with Douglas Whyte in the saddle and Moore was pleased with what he saw. 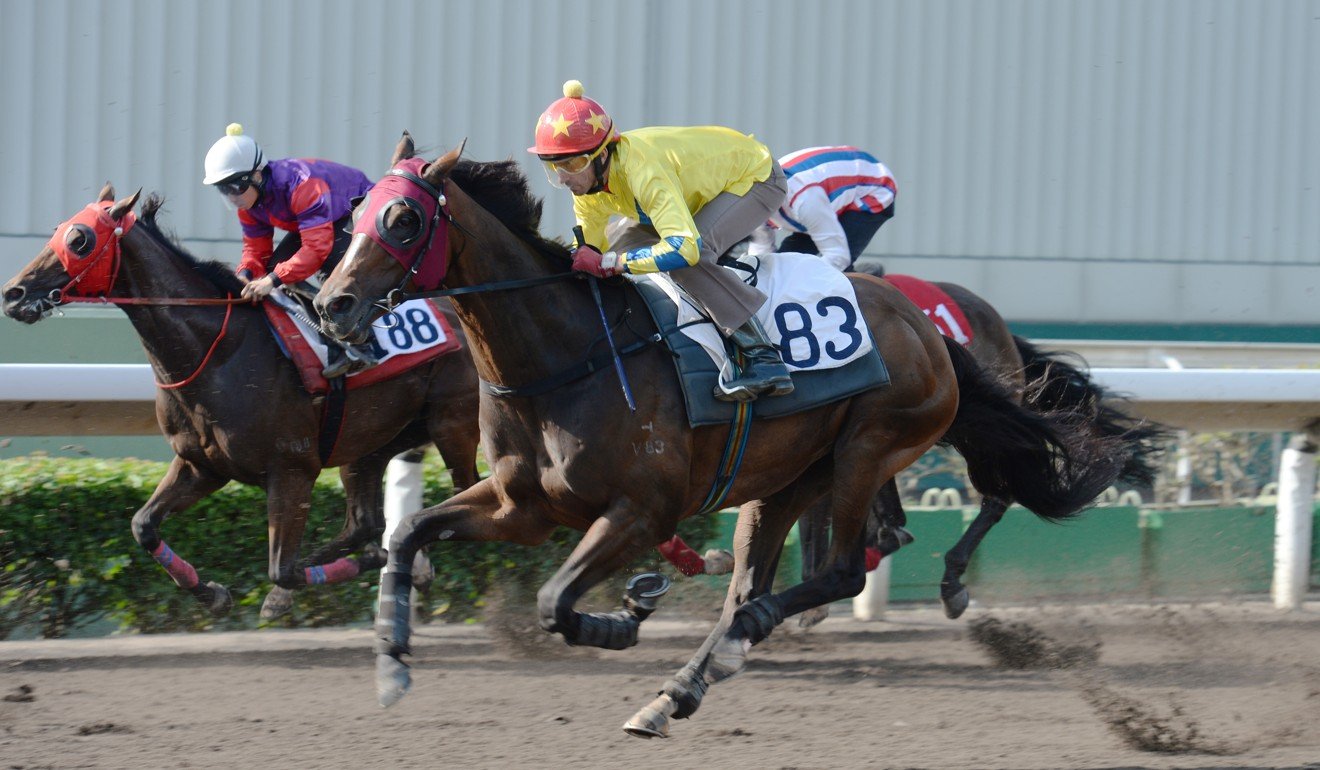 “Dougie was really happy, he said he hit the line very well and by the time he went past the post he was right up with the leading bunch,” he said.

“No coughing or anything like that, so we’re very pleased with that first trial and he’ll trial on the 25th here again over 1,200m before we go to the mile race.

“Everything has gone to plan – we’ve got to be very cautious with the way we train him. It’s been a slow build-up, but we’re right on track.”

Whyte will partner him in the Group Three with regular jockey Hugh Bowman set to jump aboard in the Group One Takarazuka Kinen (2,200m) in Japan on June 24.

Werther has a good record over 1,600m – he came third behind Seasons Bloom and Fifty Fifty in the Group One Stewards’ Cup in his last run over the trip – and Moore expects a forward run from him.

“He’s going to be competitive in the mile race,” he said.

“We’ve got a fresh horse going against some who might be a bit tired and there won’t be many runners.”

The Francis Lui Kin-wai-trained Lucky Bubbles took out the star-studded trial and he is likely to have two more runs this season, firstly in the Group Three Sha Tin Vase (1,200m) on May 27 and then in the Group Three Premier Cup (1,400m) on June 24.

John Size’s Hot King Prawn came fourth in the trial with the trainer eyeing off a 1,200m race at Happy Valley on June 13 for his next assignment.