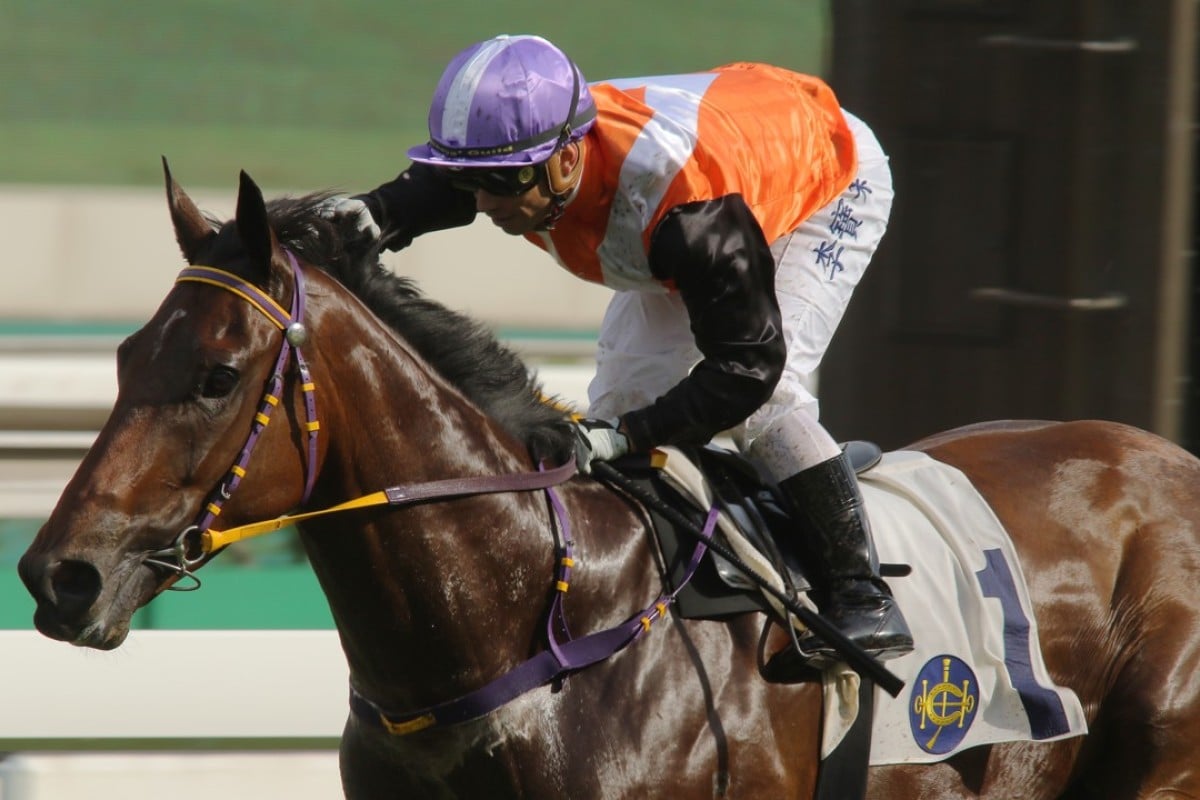 It was a relatively ho-hum affair in what has been an enthralling race for the title, but neither jockey was able to really stamp their authority on the 10-race card, the Magic Man coming away with a two-one advantage.

Instead, the performance of the day came from Cruising, who roared away to take out the Class Three Guangdong-Hong Kong Cup (1,200m) with style.

Jockey Umberto Rispoli was able to take a sit behind the favourite Little Bird, before pulling clear in the straight to prevail by two-and-a-half lengths.

Smart 3yo Cruising quickens nicely in the Guangdong-Hong Kong Cup Handicap to give @umbyrispoli a Sha Tin double #HKracing pic.twitter.com/grd1afMr8s

After winning two races in Australia, Cruising finished a narrow second to Alcari in his Hong Kong debut and he had clearly taken plenty from the experience.

“He is a nice, improving horse,” said Rispoli, who also tasted success earlier in the day with the Michael Freedman-trained Fiama.

“If we ran the same race today as we did against Alcari, I’m going to beat him because of the experience.

Benno Yung’s youngster will be Cruising to victory soon

“The other day he was just looking for company and we went stride-for-stride together until the line.

“Today to have a nice point of reference in front helped a lot. I was sure that Little Bird was the horse with the pace so I still made him work to cross and then I got a nice breather just before the turn. In the straight when I started asking for an effort, he responded very well.

“He is a very interesting horse, next year is going to be different up in Class Two, but I think there is more to come.” 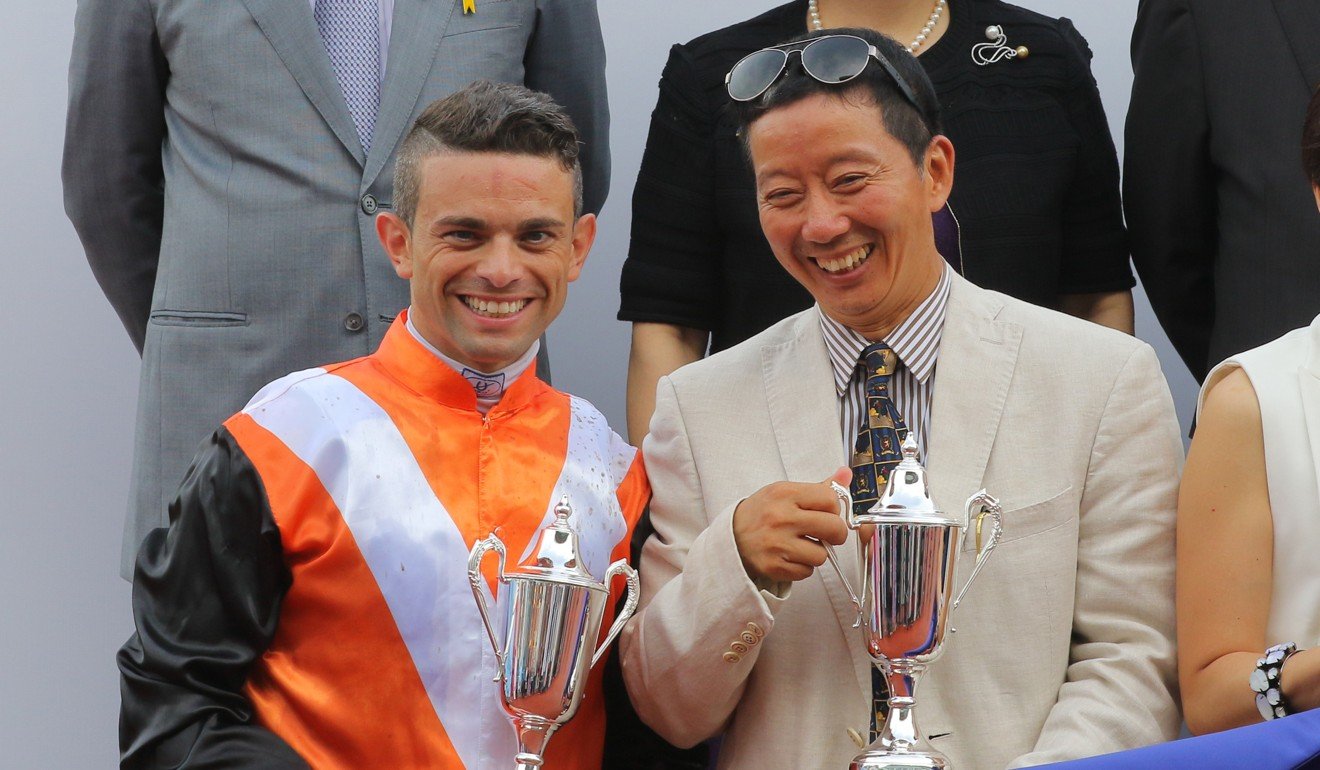 The trainer thinks Cruising will do his best work up to 1,400m next season.

“He is still learning and he will keep improving,” Yung, who also collected a double after Lucky Win Win’s victory in the opener, said.

“We were lucky today’s field was quite weak and we had a decent draw. Everything worked out well for him – sometimes you need some luck.”

The timing of the double is good for Rispoli, as he will be one of the jockeys vying for more opportunities with Moreira moving to Japan.

But in the meantime, the big dogs at the top of the table remain in place and they are still duking it out.

Purton landed the first blow with Dennis Yip Chor-hong’s Goko in the second race, but Moreira responded with Elusive State, from the Derek Cruz stable, in the fifth and California Joy in the last.

With three wins the difference with four meetings remaining, both riders are still right in the contest, but the Magic Man isn’t focused on the overall prize.

“Each race that I ride I just think about how I am going to win. If I win the championship it is a bonus,” he said.

“If I don’t win the title at least I can tell myself after that I gave it my best shot. I’m certainly not giving up.” 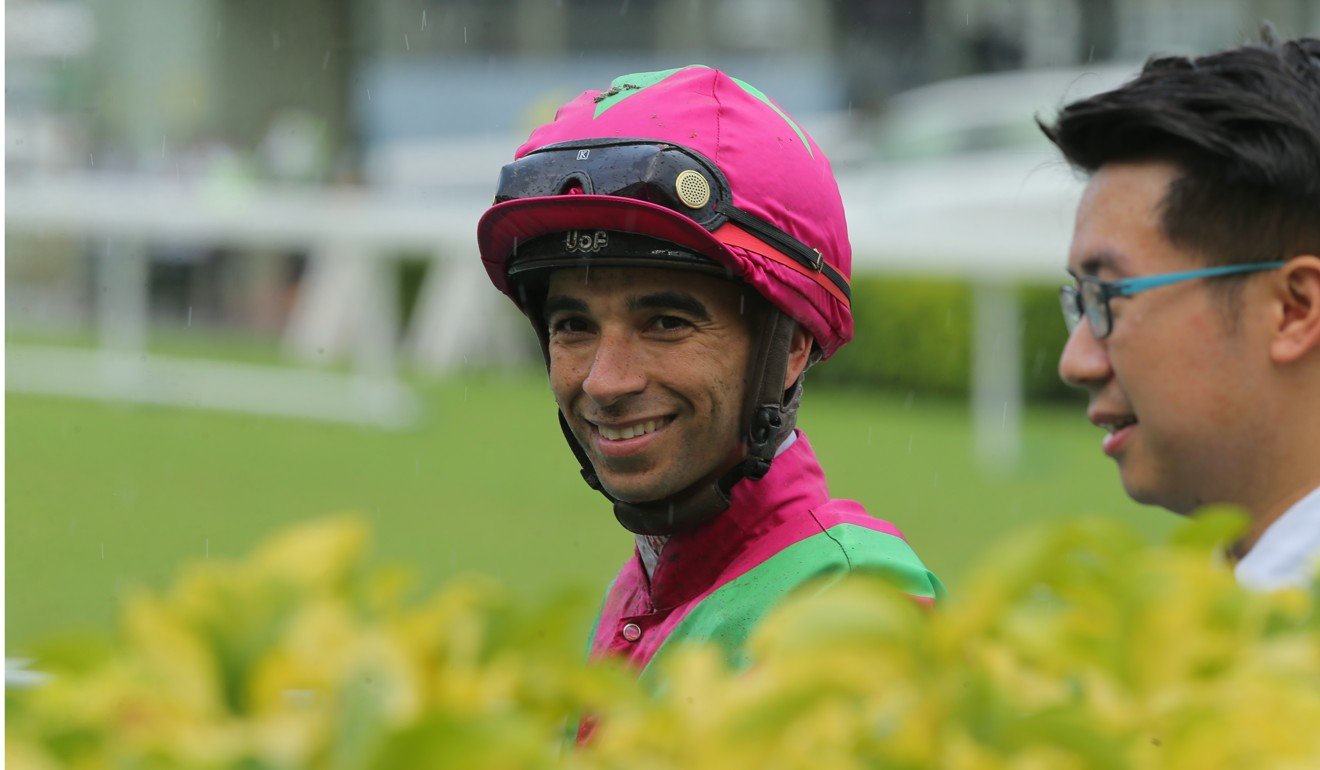 Moreira was particularly impressed with California Joy’s effort, the five-year-old overcoming a wide run from barrier 13.

“He won that race not me,” Moreira said, the gelding completing a “California” double for trainer Tony Cruz with California Fortune capturing the Class Two Hong Kong Reunification Cup (1,200m).

“He is obviously very tough and has some fighting qualities because he did all the work and had to dig in to win it. He had the wide barrier to deal with and was under a lot of pressure a long way from home.”

A "California" double for Tony Cruz as California Joy takes the last at Sha Tin; that brings up a brace for Joao Moreira as he closes the gap in the title race to 3. #HKracing pic.twitter.com/tsPCv3WoRi

Moreira was able to take advantage on a day when things didn’t go right for Purton, who had no luck on Royal Mojito, while he had the door slammed in his face when Comfort Life went for a run in the last.

Apprentice Victor Wong Chun will front an inquiry before Wednesday’s meeting at Happy Valley to address the matter, while Keith Yeung Ming-lun was the other rider to earn the wrath of stewards, outed for the final two meetings of the season and fined HK$25,000 after pleading guilty to careless riding on Always Win in the seventh race.