Equine industry gets big boost with new state-of-the-art Conghua Racecourse in Guangdong province, but no racing (or gambling) allowed … yet 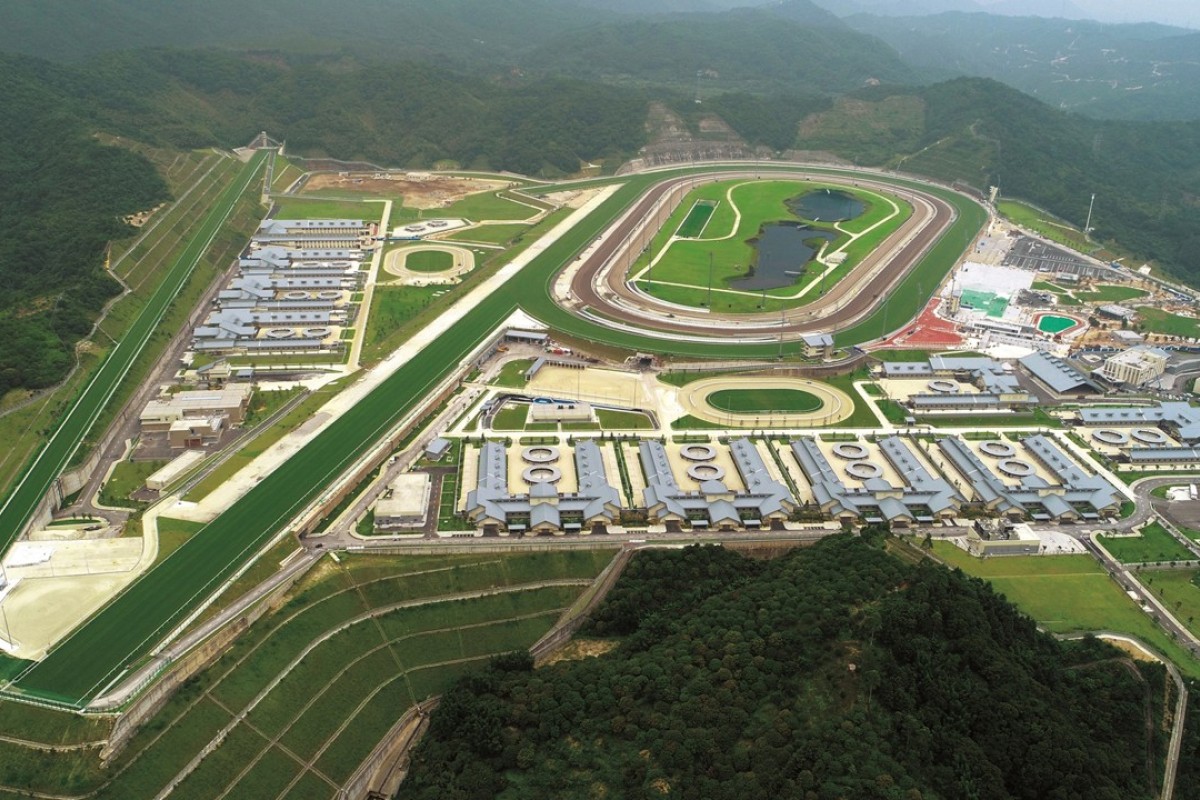 An aerial view of the Conghua Racecourse. Photo: HKJC

The Hong Kong Jockey Club’s new Conghua Racecourse “opened up things for the imagination”, a leading Guangzhou official said at the official opening in Guangdong province, China, on Tuesday.

Mainland government officials were among the 500 guests at the official unveiling of the state-of-the-art HK$3.7 billion facility, which will serve as a satellite training and spelling centre for the club’s racing operations in Hong Kong.

Chen Jianhua, the chairman of the Standing Committee of the Guangzhou Municipal People’s Congress, said: “China’s largest world-class horse sport training centre is now rising in front of us. Conghua Racecourse lays a solid foundation for horse racing cooperation between Guangzhou and Hong Kong, opens things up for the imagination and presents a promising prospect for development.” 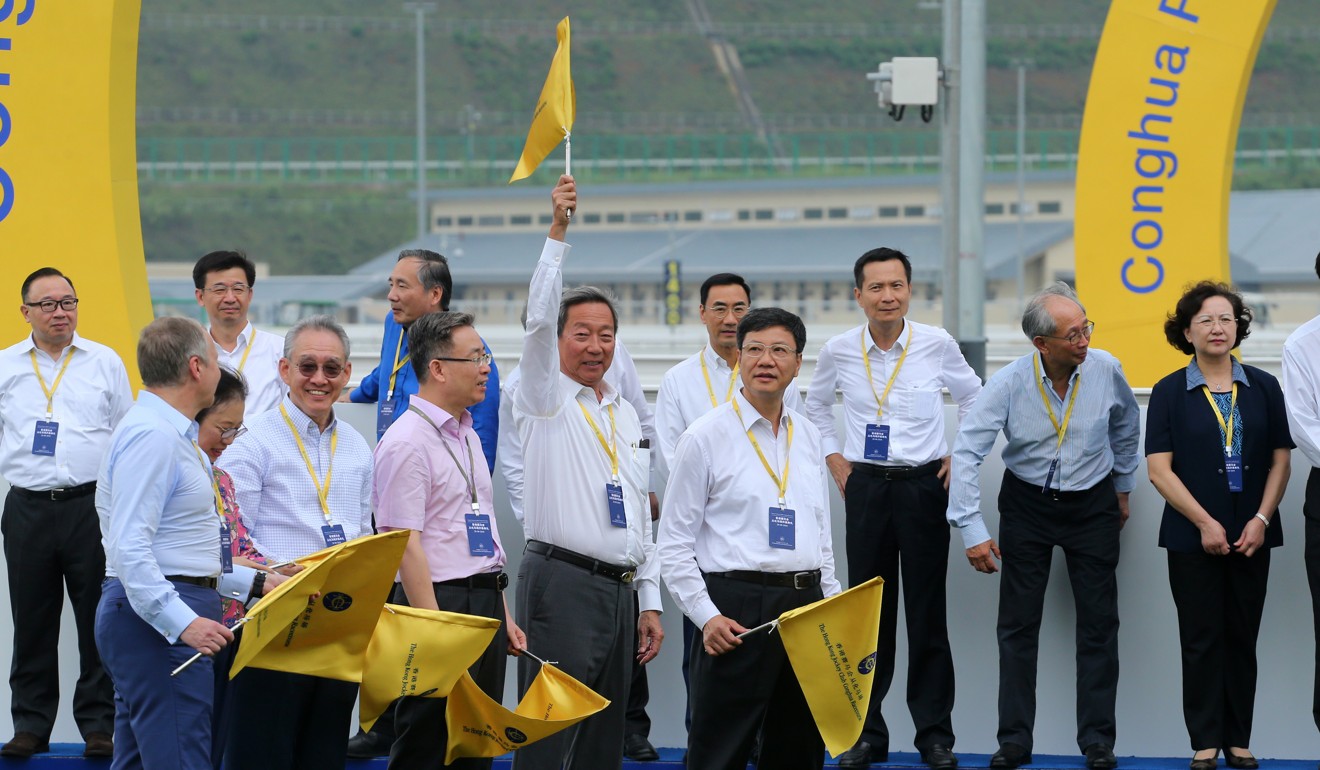 Chen said the facility was a “bond connecting the two sides, a bridge reaching the world and a benchmark for Guangdong-Hong Kong cooperation”.

HKJC chairman Simon Ip Sik-on said the club was ready and willing to push the equine industry ahead in mainland China.

“We believe Conghua has great potential to support the development of an equine industry in the Guangdong-Hong Kong-Macau Greater Bay Area, and in the mainland as a whole,” Ip said.

With Hainan Island toying with the idea of staging horse racing one day, the Conghua facility is already up and running and could hold bona fide horse racing today – just without the betting which is outlawed in mainland China.

The first barrier trials were held at Conghua Training Centre last Thursday, with Come On Wongchoy taking the maiden heat at the site. @edward_sadler with the call #HKRacing pic.twitter.com/QEggcPDHCW

Ip said the Conghua facility could contribute substantially to the economy and employment, as equine industries do in other parts of the world. Ninety per cent of the employees at the facility have been recruited from Guangdong.

“The essential infrastructure is already in place – Conghua Racecourse itself, the equine disease-free zone in which it is located and the Guangdong Huangcon Sports Training Centre. With its world-class expertise, the club stands ready and willing to give its support,” Ip said. 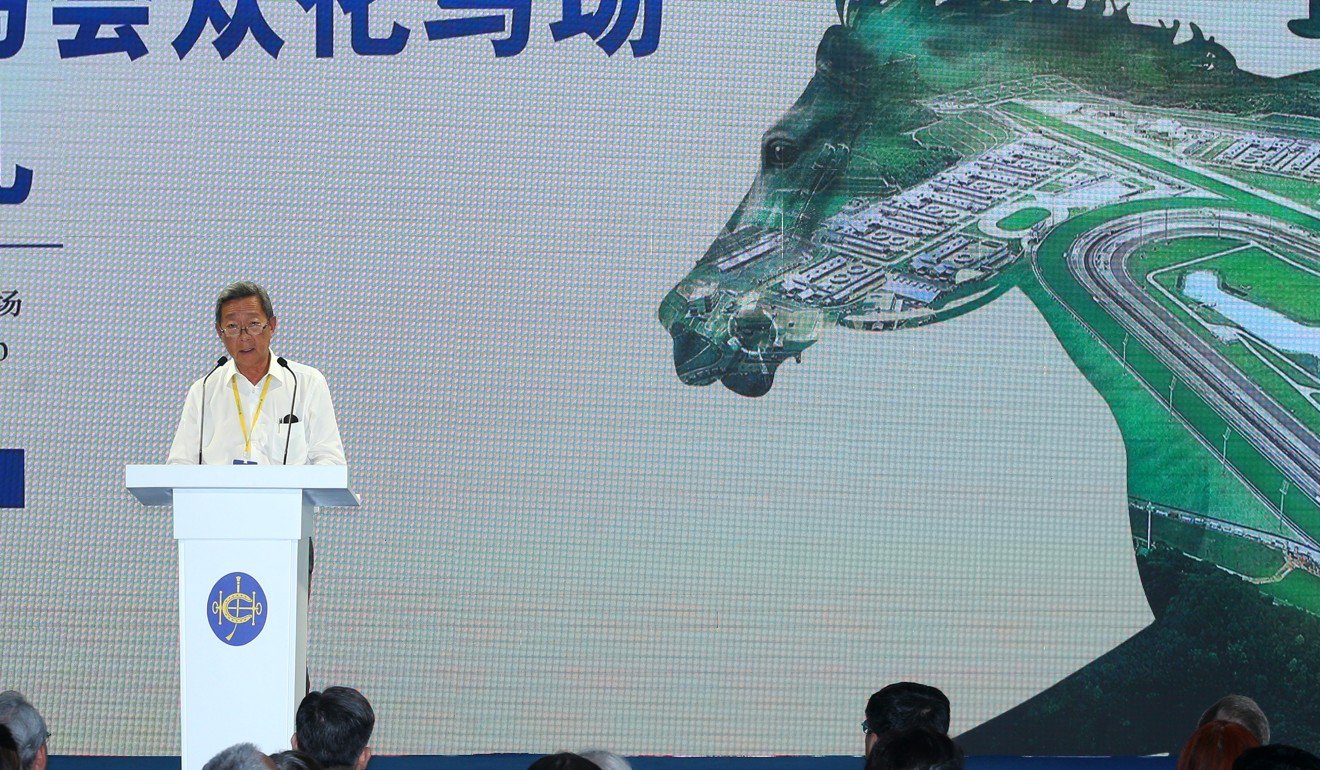 “We have established the first world-class racecourse and thoroughbred training centre in the mainland. The Hong Kong Jockey Club is a world leader in the sport of horse racing and home to some of the world’s top racehorses. Conghua Racecourse will enable us to elevate our racing to an even higher level of excellence,” Ip said. 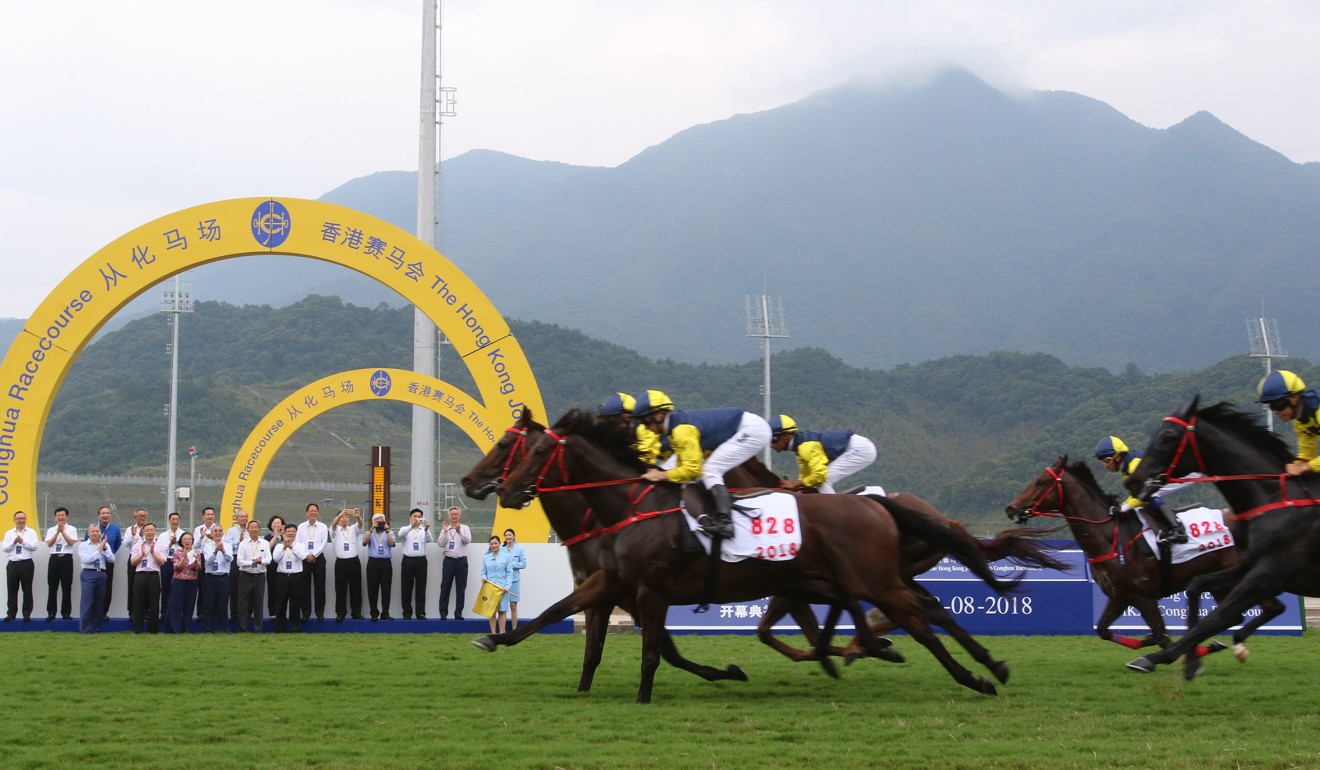 By China’s standards, where pollution is a curse, the area boasts good air and water quality.

Being an equine-disease free zone – ensuring the same health status as in Hong Kong – no other horses are allowed within a 5km radius of the site, or within 1km on either side of any road used to transport horses from Sha Tin to Conghua or vice versa.

The horses, all costing millions of dollars, are moved in specially designed floats in a convoy with stable staff and vets, and tracked by GPS. The 200km journey takes about four hours. 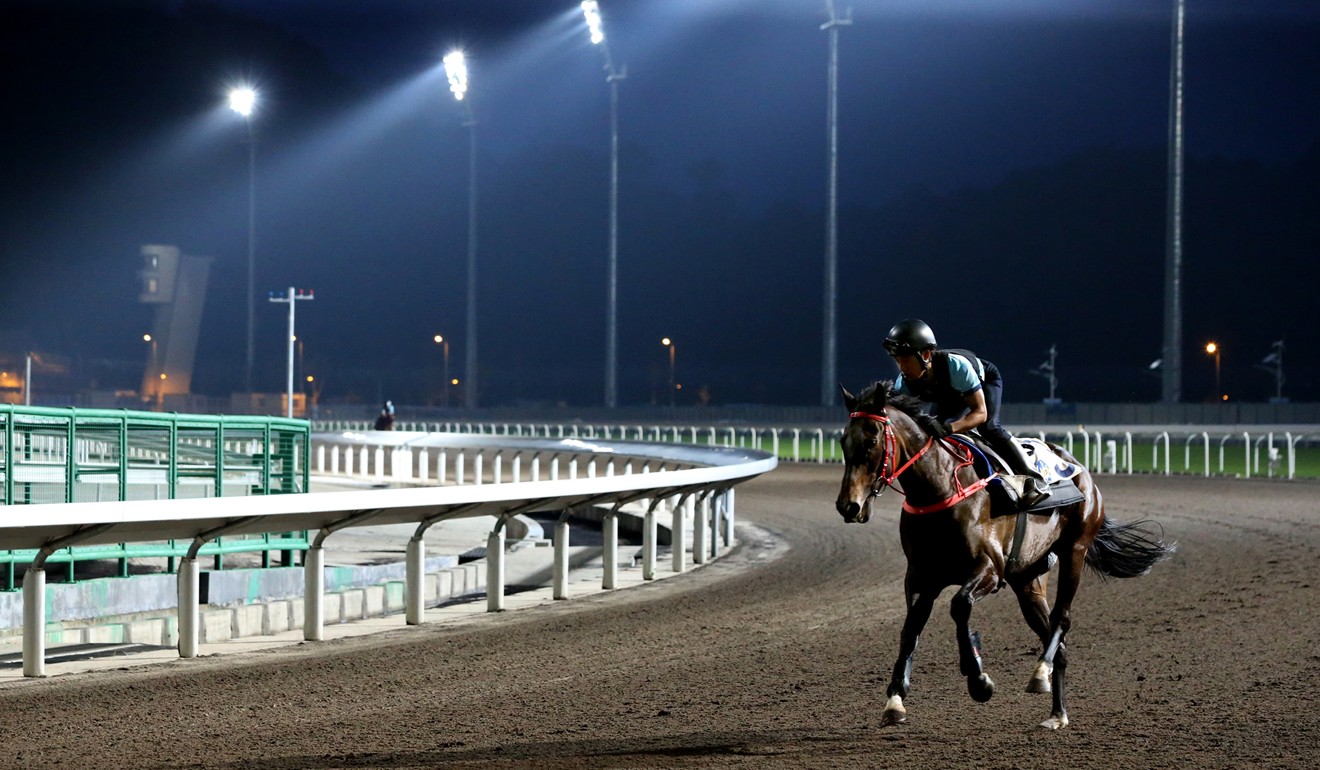 More than 120 horses are already resident at Conghua as they continue their pre-training for the Hong Kong season starting at Sha Tin on Sunday.

There is an equine swimming pool, spelling paddocks, an isolation stable, an owners’ lounge and trainers’ pavilion, a broadcasting centre, plus a veterinary hospital.

The facility has been seven years in the making and involving myriad government departments in Beijing, Guangdong, Guangzhou, Shenzhen and Hong Kong. 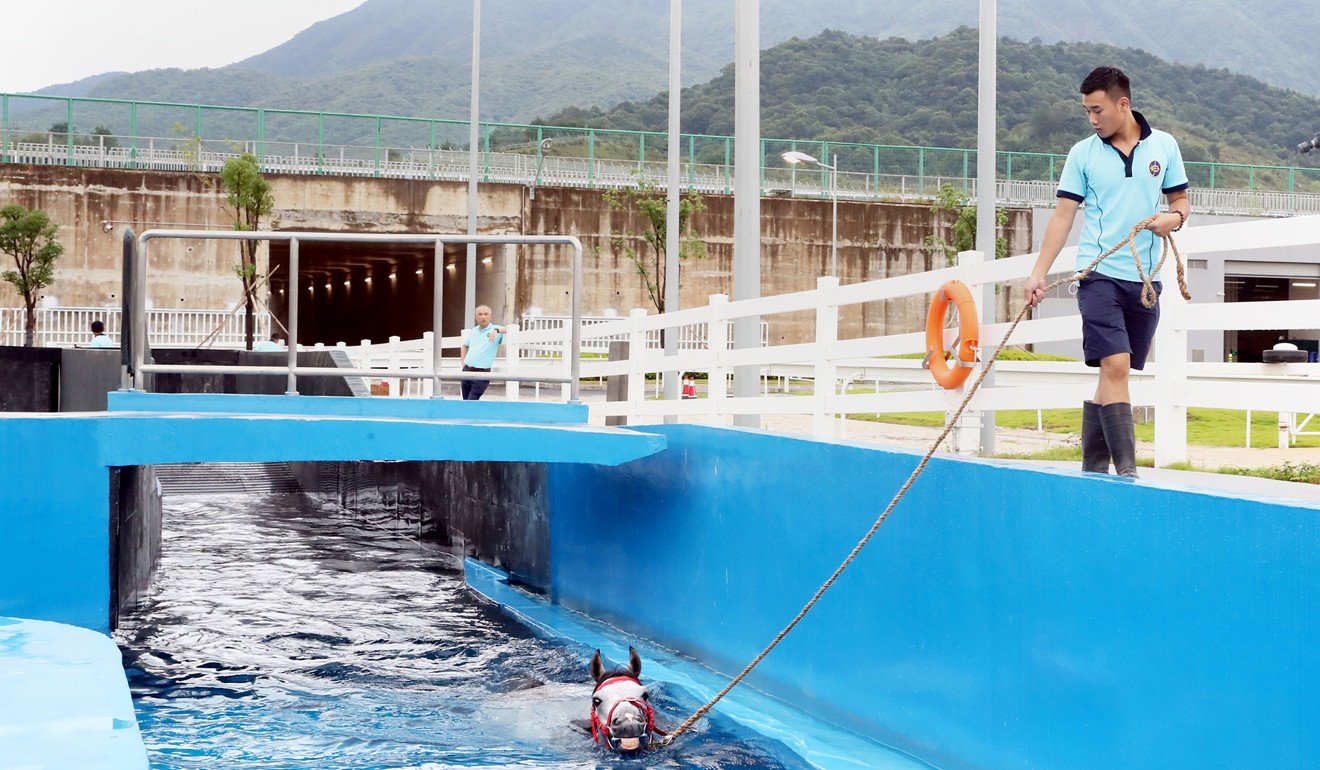