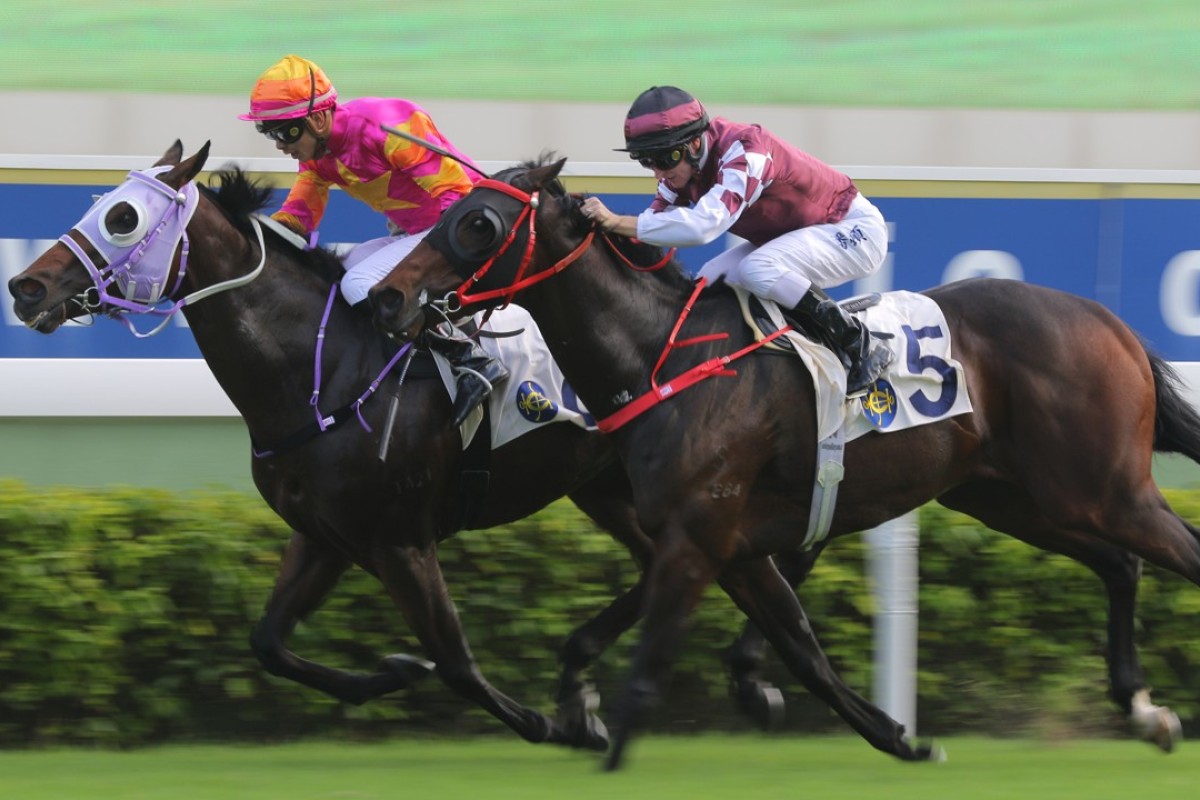 A Beautiful and Derek Leung defeat Zac Purton and Have Fun Together on Saturday. Photos: Kenneth Chan

Five meetings in and Zac Purton has got 14 seconds, that is a third of his rides and nearly three per meeting on average … unlucky – @RobinHung1114

Things haven’t gone Purton’s way just yet, but his supporters don’t need to worry – the dam wall will break soon.

While the Australian currently shares top spot in the jockeys’ championship with rookie Grant van Niekerk on five winners, it won’t be long before he clears out on his own.

Chris So's A Beautiful battles on the front end for Derek Leung and sets a record time for Class 4 1400m at Sha Tin of 1m 21.38s, two shaves off the old 1m 21.40s. #HKRacing pic.twitter.com/djFibd1Omw

Even though he has gone winless at the past two Sha Tin meetings, it wasn’t as if he came into either of them expecting a big day. Six of his 10 rides on Saturday had double-digit barriers and that won’t happen every time.

Purton is the best jockey in town and those seconds are a good indication that he’s on the right horses.

If you look at Jockey Challenge statistics this season, Purton has averaged almost twice as many points (30.7) as his nearest rival (Karis Teetan – 15.9).

He will be on a good chance in most races and the tide will turn. Barring injury, Purton will finish with at least 100 winners.

Given his status as the top dog, punters will have a hard time finding value on any of his horses, but that is just the reality of the situation.

In the new Joao Moreira-less environment, there are more opportunities for everyone but it is hard to see someone challenging Purton at the top. 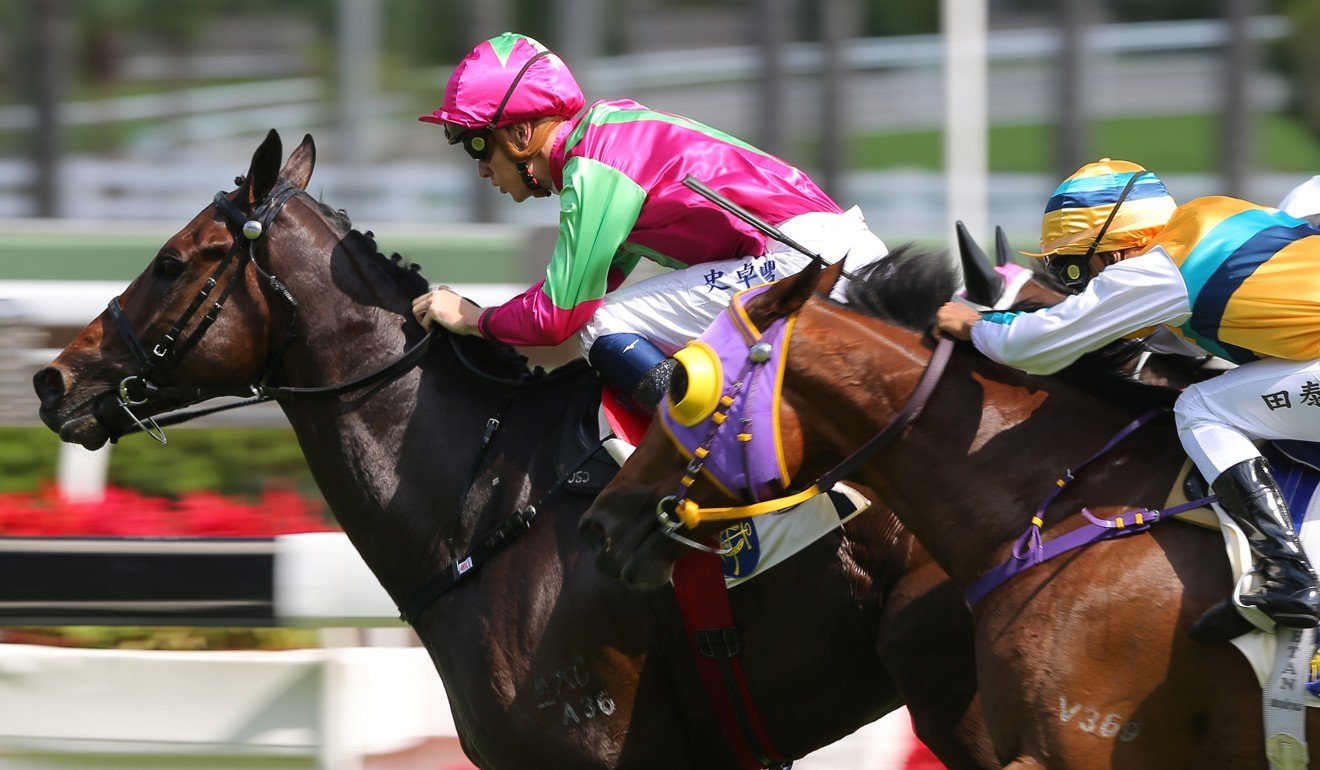 Tony Millard has a terrific record with stable transfers having their first start for him and Elusive State was no exception.

The five-year-old joined the South African’s yard after starting his Hong Kong career with Derek Cruz and connections still think he has some upside.

He was originally meant to run on the dirt at the meeting cancelled because of Typhoon Mangkhut but was able to handle the switch to the turf on Saturday. That sort of versatility gives the trainer plenty of options.

Beauty Day tries to steal it but Elusive State pegs him right below the arch to give @Schofieldchad a brace with six races remaining. #HKRacing pic.twitter.com/F5fNJyr9d0

Elusive State won his only start in New Zealand before making the move to Sha Tin and it took him a little while to acclimatise, having to wait 13 starts for his first win. His record now stands at four wins and two placings from 25 starts.

Saturday’s win pushes him into Class Three but the stable is confident he can make the grade.

“We were very happy with him. He impressed us, he won very well and he’s a nice horse going forward.

“He seems very happy in the new stable, he’s put on a lot of substance and he looks very well so it’ll be interesting to see what he can do in his next couple of runs.”