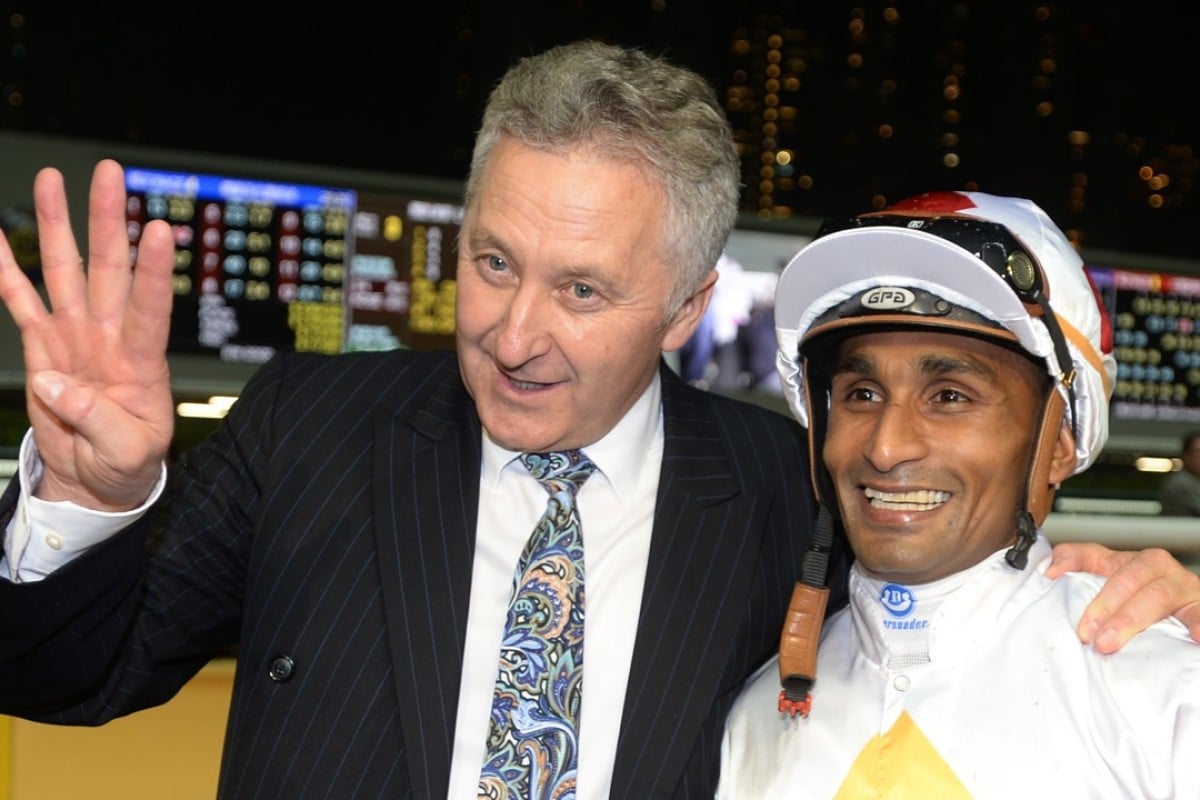 After notching his 400th Hong Kong winner, David Ferraris launched an impassioned plea for owners to get behind the trainers based at the Olympic stables.

“This bad rap the Olympic stables have been getting is a load of bulls**t,” Ferraris said.

“If someone says it is no good they all believe it – a lot of these owners do anyway and that’s just nonsense, it’s just got to stop. I think the trainers there are every bit as good as on the other side, we just need a better quality horse to train.” 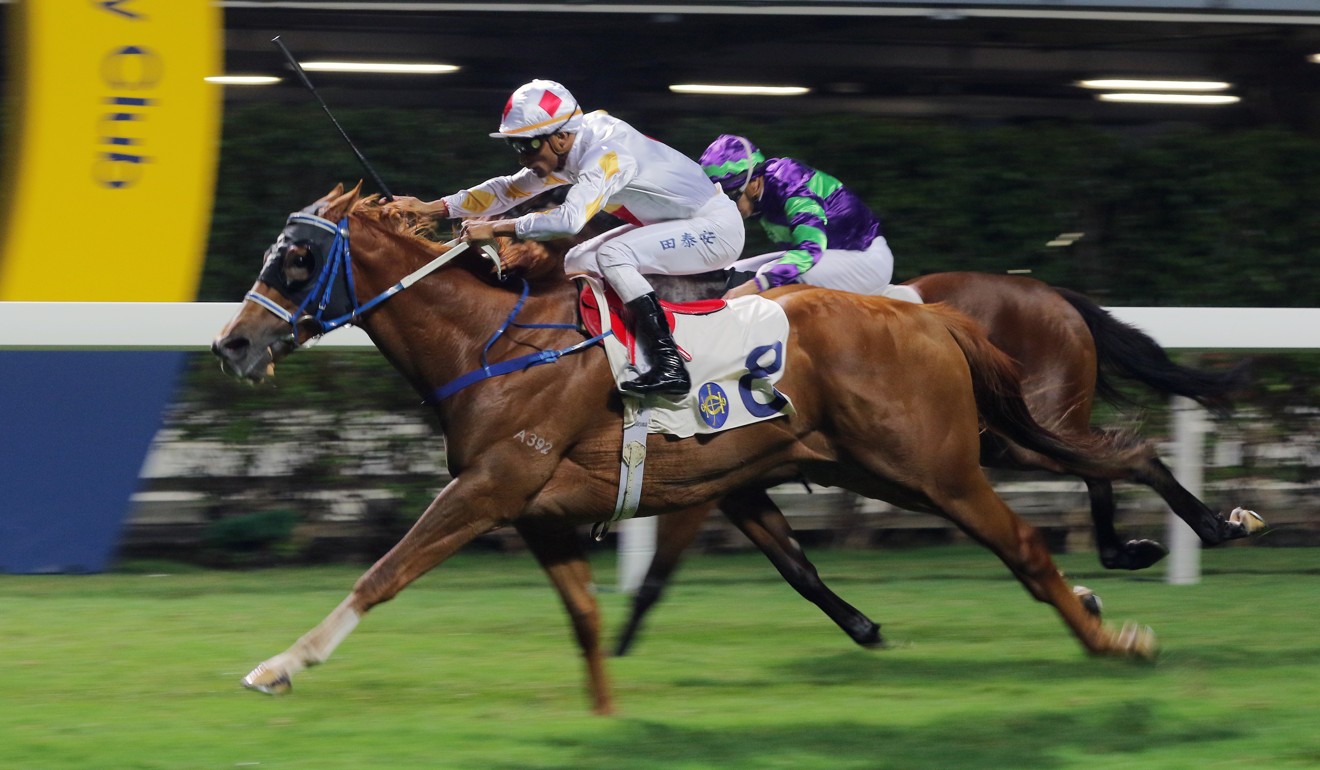 “It’s taken a while, but I seem to have got things sorted out,” he continued. “Michael Freedman is doing well this season – he’s obviously a good trainer – so things will come around, you’ve just got to give it a bit of time.”

The trio currently have the smallest teams in Hong Kong (Ferraris has 41 horses in work, Chang 39 and Freedman 33), making it harder to find winners.

“The facilities are good, the trainers just need support and hopefully we can get it,” Ferraris said of the stables that are near the 1,000m chute at Sha Tin and were built for the equestrian events for the 2008 Olympics.

Better call Saul! Trainer Michael Chang gets off the mark for the season as his stable star Saul's Special and @zpurton deny that man Fownes a treble by a whisker in R7. #HKRacing pic.twitter.com/0bOus7mlVq

The South African trainer, who moved to Hong Kong in 2004-05, reached the milestone when Karis Teetan drove Ultimate Dream home.

All of the Ferraris’ winners this season have come at the city track (as well as 17 of his past 29 overall) and he believes that is related to the bigger issue.

“I think the fields are just much weaker here, my horses aren’t strong enough,” he said. “It reflects on the paucity of the string I’m training.”

The weight of the challenge those trainers face was perhaps best represented when Chang recorded his first winner of the season.

The popular horseman had to wait on the verdict of a photo finish before Saul’s Special (Zac Purton) was declared the victor of the Class Two Verbena Handicap (1,000m).

Chang’s reaction when his number went in the frame was muted and he declined to talk to any of the press afterwards, instead just walking away. The absence of a smile on his face was noticeable. 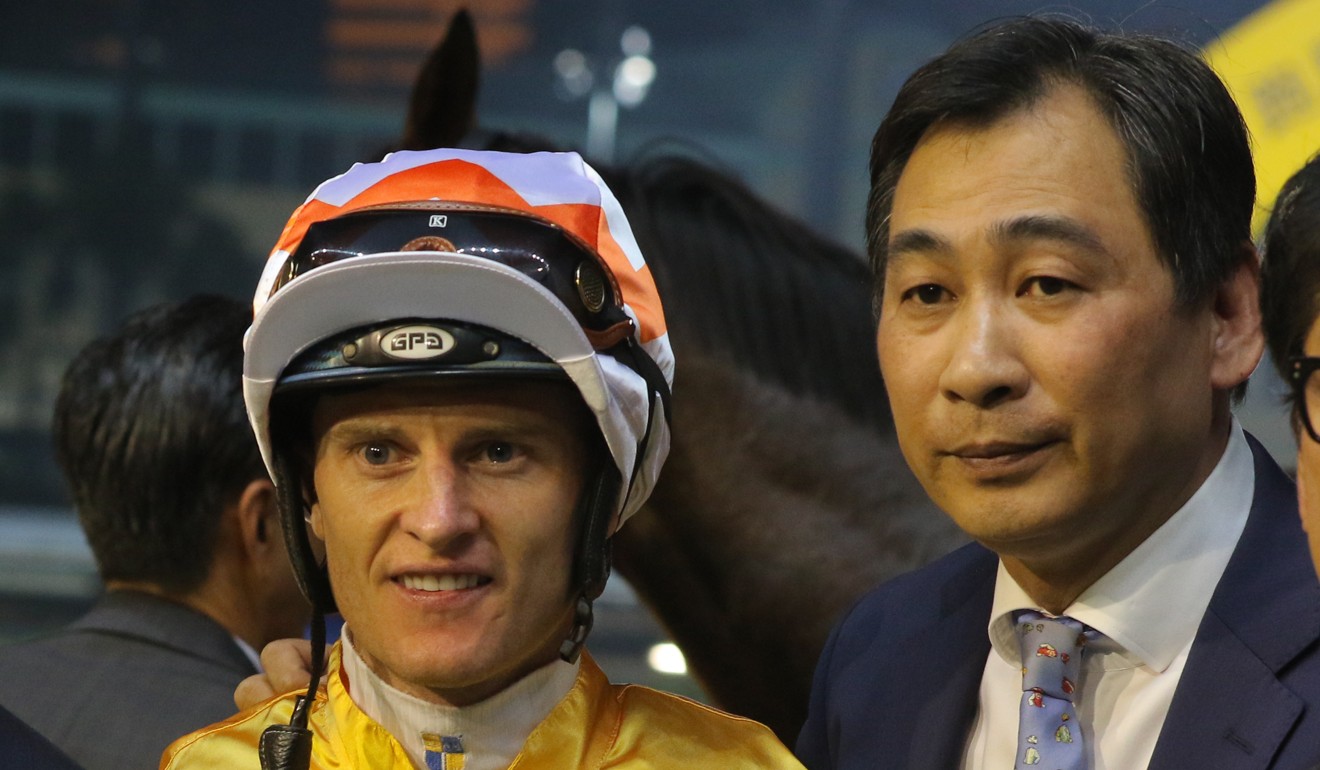 Matthew Poon Ming-fai and Alberto Sanna didn’t walk away from the night happy either after copping suspensions of three and two meetings, respectively, for their rides on Fairy Twins (race six) and Hinchinlove (race seven).

Perfect Glory won three from three in Australia and makes the perfect start to his HK career in R6 at the Valley, quickening smartly in a dramatic finish under @SchofieldChad to give Caspar Fownes a double. #HKRacing pic.twitter.com/qS3fPy13RX

Earlier in the night, the judge couldn’t split The Show (Eddy Lai Wai-ming) and Regency Honey (Purton) when they hit the line together in the Class Five Cassia Handicap (1,200m).

The Danny Shum Chap-shing-trained Regency Honey kicked clear at the top of the straight, but Dennis Yip Chor-hong’s The Show chased hard and put his head down on the line to tie things up.

Half a cake is better than none in R2 at the Valley: @zpurton strikes for home on Regency Honey but Eddy Lai and The Show power home to force the first dead heat of the HK season. #HKracing pic.twitter.com/7wz5ERPItv

It’s another important win for Lai, given the Jockey Club licensing committee put him on notice at the end of last season and declared his 2017-18 was “of concern” and his overall race riding performance would be monitored.

Lai now has three wins after nine meetings (dead-heats count as a full win), compared to five for all of last term.

“I thought I won, but once I pulled up I asked Zac and he thought I won – so he went back to the mounting yard and I waited on the track,” Lai said.

“I’m happy with how things are going, this year is much better than the past two years. Dennis Yip has given me a lot of support and I can’t thank him enough.

“I’ve been working hard and the rewards are coming.”

The big winner of the night was Caspar Fownes, who collected a treble with Po Ching Treasure, Perfect Glory and The Judge.