The four-year-old impresses in his Hong Kong debut, coming out on top in an interference-riddled contest 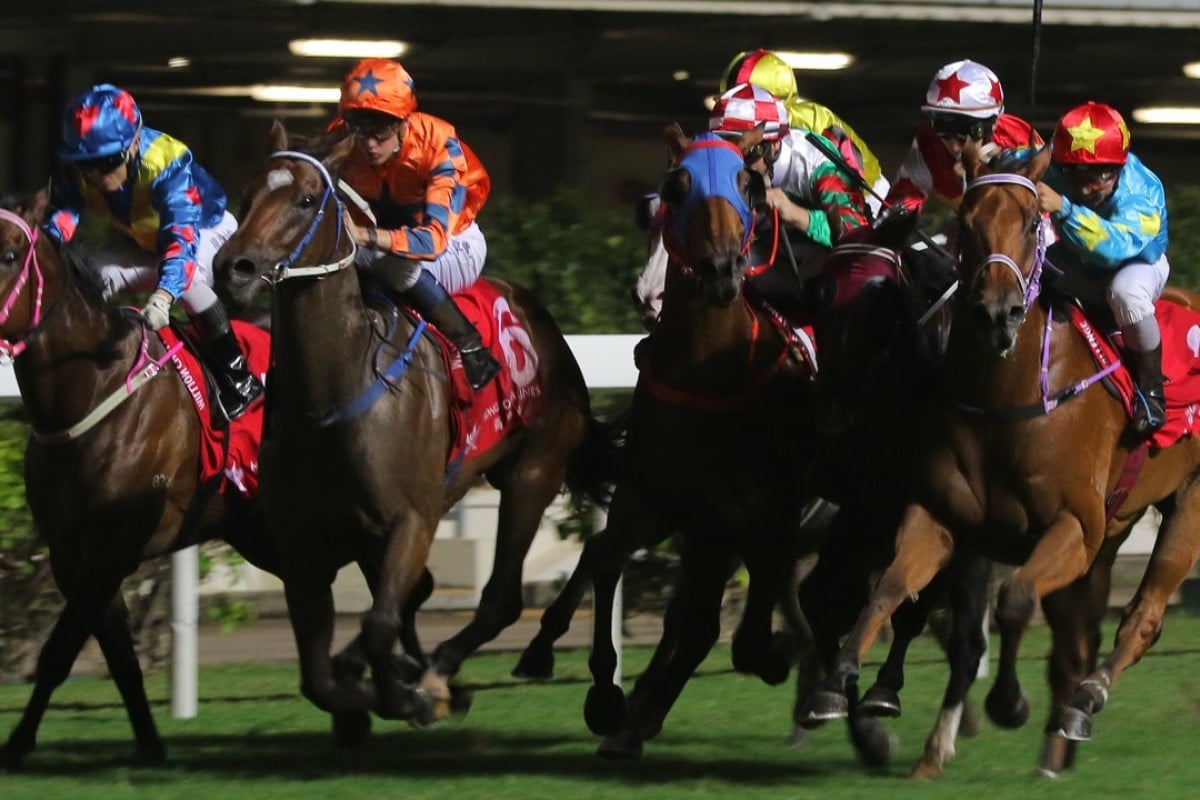 Chad Schofield (orange silks) drives Perfect Glory through a gap despite all the interference around him. Photos: Kenneth Chan

We address your thoughts, questions and statements regarding Hong Kong racing. Have something to say? Send a tweet to @SCMPRacingPost

Still don’t know how Perfect Glory got through there – @mgnuss20

It was a terrific Hong Kong debut from Perfect Glory, but all the attention surrounded the severe interference in the closing stages.

On first look, it appeared as though Matthew Poon Ming-fai (Fairy Twins) and Chad Schofield (Perfect Glory) acted like two ends of an accordion and squeezed their rivals in the middle, but that is not exactly how it played out.

Perfect Glory won three from three in Australia and makes the perfect start to his HK career in R6 at the Valley, quickening smartly in a dramatic finish under @SchofieldChad to give Caspar Fownes a double. #HKRacing pic.twitter.com/qS3fPy13RX

The part of the equation not in question is Poon’s role – he pleaded guilty to careless riding in that he permitted his mount to shift in, causing Victory Machine, Jade Theatre and Double Valentine to be badly hampered.

For Schofield’s part, he was travelling well and went for a run (which was clearly there) between the leader My Chance and Double Valentine.

That gap closed very quickly when My Chance rolled out slightly and Double Valentine got shunted in, taking out Perfect Glory’s hindquarters to leave Schofield and his mount precariously placed.

The fact the horse was able to handle the buffering with 75m to go yet continue on to win by a length-and-a-quarter in his first Hong Kong start bodes well for his future.

“It was a good effort – to be winning first-up in Hong Kong is very good, especially over a distance that’s a little sharp for him,” Perfect Glory’s trainer Caspar Fownes said. “He’s a nice horse and looks to have a decent future.”

And for those punters wondering, the stewards thought Schofield was absolutely entitled to be in that position and shouldn’t take any responsibility for the interference. 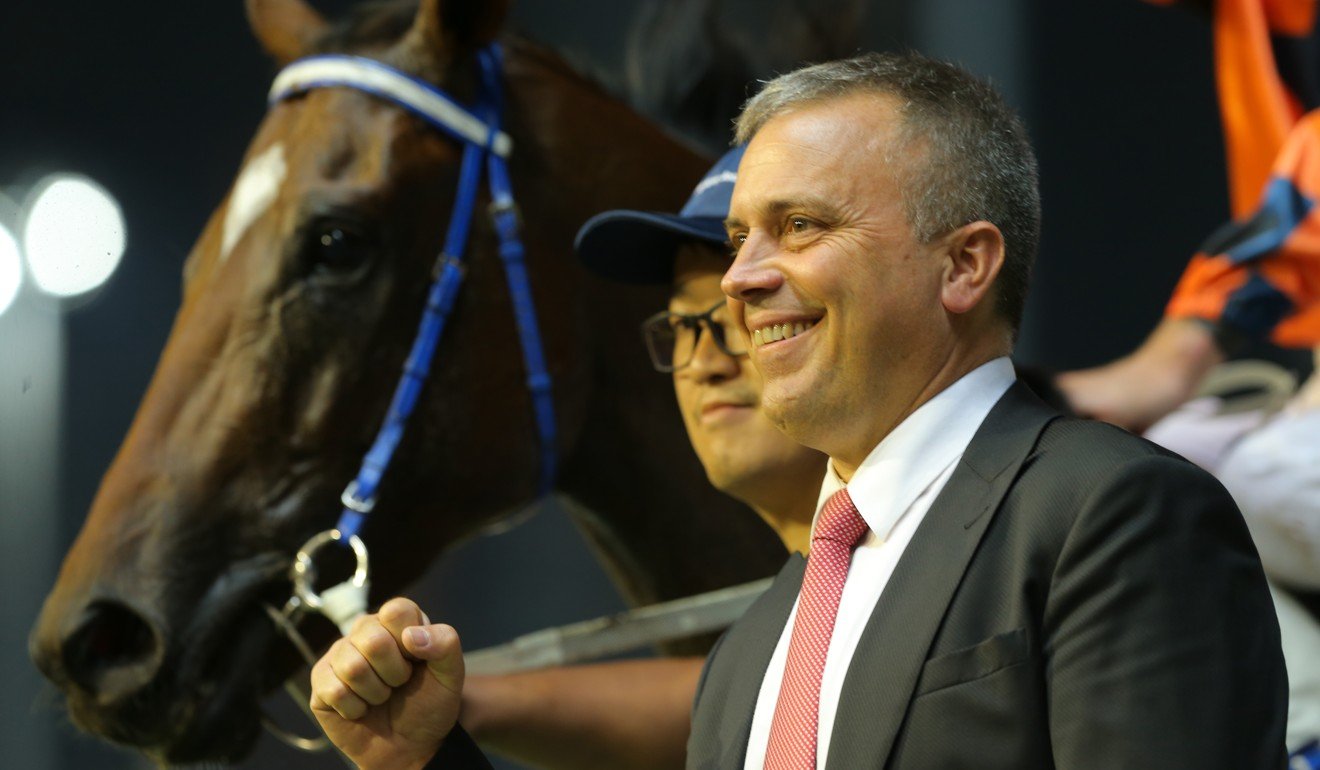 They felt there would have been more questions asked if he didn’t go for the run.

Poon, on the other hand, was outed for three meetings – stewards taking into account the “high degree of carelessness” and the “significant nature of the interference sustained by a number of runners, in particular Double Valentine”.

The Mauritian Magician is enjoying a purple patch of form, collecting a double on Wednesday night to go with his career-best five winners on Sunday.

It is far too early to say he is going to be a genuine challenger to Zac Purton for the title, but there is no question he has emerged as the biggest beneficiary from Joao Moreira’s decision to leave Hong Kong.

He is getting rides for key trainers John Size, Tony Cruz and Frankie Lor Fu-chuen – on top of his usual group of supporters – and the fact he can ride light gives him a huge advantage over his main rivals.

Now we are nine meetings into the season, things have started to shake out a bit and Teetan (13 winners) is the clear second banana in Hong Kong, but he is still a little bit away from dethroning Purton. The Australian is three winners clear and has 10 more seconds (21 in total) than Teetan from the same number of rides (76).

The real fight is what happens below those two and it is the locals like Vincent Ho Chak-yiu (seven winners) and Victor Wong Chun (six winners) who are shining early to be in third and fourth spots on the table.

It will be interesting to see how that battle continues to develop.