The apprentice guides Sichuan Boss to victory at Happy Valley on Thursday night, giving him his 20th Hong Kong winner 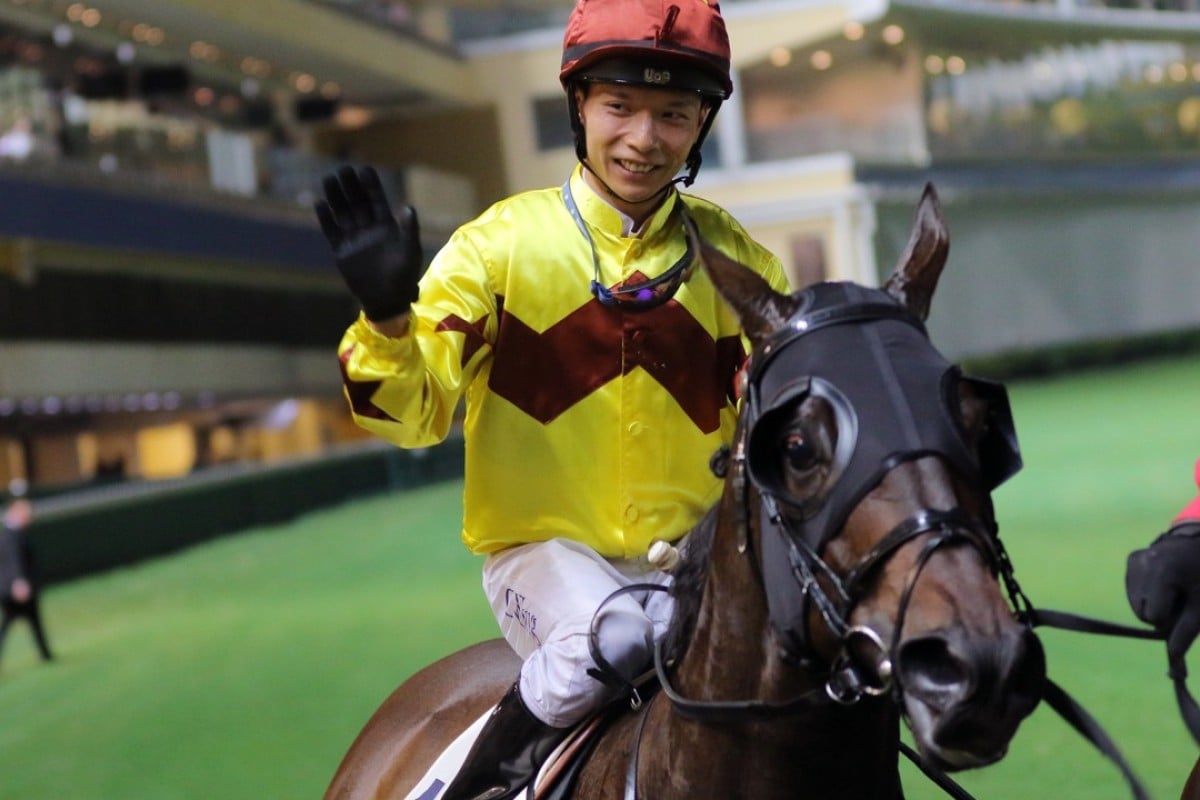 Apprentice Victor Wong Chun faces the next challenge in his fledgling career after bidding farewell to his 10-pound claim at Happy Valley on Thursday night.

The 24-year-old notched his 20th Hong Kong winner after leading all the way on Sichuan Boss, appropriately for his boss Tony Millard in the Class Four Dandelion Handicap (1,650m).

It takes Wong to seven winners for the season, which puts him equal fourth in the jockeys’ championship, but he will find things harder now his claim drops to seven pounds.

“He rode to instructions and rode a good race – he showed a bit of maturity there,” Millard said. “He’s a work in progress. Obviously, we’d like to see him step up and he’s going to have to as the new handicap comes in. That’s a challenge for him and he is certainly well aware of that.”

The most valuable allowance in town is no more: Victor Wong gets the fractions just right on Sichuan Boss in HV R3 and will see his claim reduced from 10lb to 7lb from Sunday after his 20th HK success. #HKRacing pic.twitter.com/93ijqUz8eQ

He continued: “Everybody is looking for success and so is he, he works hard and does a lot of things right but he needs to shine up in a few areas. He will get the opportunity to do that here and hopefully he can step up.”

The win was Millard’s first at the city track this season and he still holds the early lead in the trainers’ championship over freshman Jimmy Ting Koon-ho, who leapt into second with a double.

Holy Unicorn (Matthew Chadwick) and Fine With Me (Keith Yeung Ming-lun) took out races four and five, meaning Ting now has an impressive 10 winners from 35 runners.

“There is no secret, I’ve just focused on making the horses happy,” the trainer said. “If the horses are happy, then they run well.”

Trainer Ting stings at the double! Fine With Me and Keith Yeung withstand a whirlwind late surge from Lucky Shiny Day in R5 at the Valley. And Jimmy T's rookie record now reads ten winners from just 34 runners. #HKracing pic.twitter.com/kNnrf7hAbt

Fine With Me beat Lucky Shiny Day by the barest of margins, leaving jockey Ben So Tik-Hung still chasing his first winner of the season.

It was the second time on the night a Peter Ho Leung-trained horse had gone down narrowly after Very Rich Man was overhauled right on the line by Junzi in the opening event.

But Ho did manage to land a winner when Matthew Poon Ming-fai found the line first with Split Of A Second in the Class Four Aster Handicap (1,200m).

Timing is everything and Split Of A Second is delivered at the perfect moment by Matthew Poon to get the better of Fantastic Fabio in R2 at the Valley. #HKRacing pic.twitter.com/XByPbh8Lgw

“We haven’t had a lot of luck,” Ho said. “[Split Of A Second] was just a bit weak and a bit immature last season, but he has developed a bit, is a bit stronger and more focused and that’s why he won. Hopefully he can improve a bit more.”

John Moore scored his first Valley winner of the season when Storm Signal relished the step back to 1,000m to secure his maiden Hong Kong victory.

It was Moore’s first winner at the city venue since Bingo saluted on April 11 – one of just two he had there across the all of last term – but the trainer said it will be more of a focus going forward. 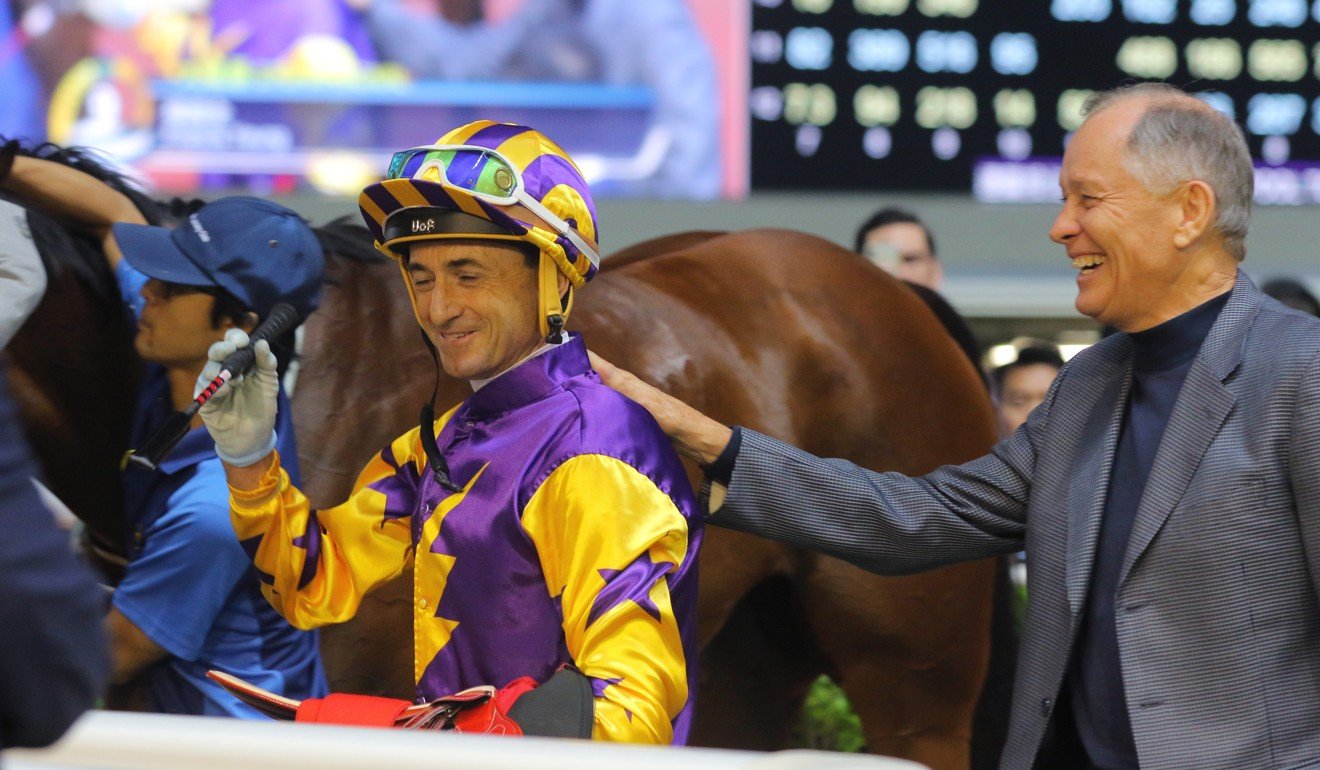 “There will be a lot more runners from the Moore stable at Happy Valley this season and hopefully they can be competitive.”

Speaking of Size, he took out the final two races on the card with favourites Red Warrior and Country Star – both of them partnered by Zac Purton. 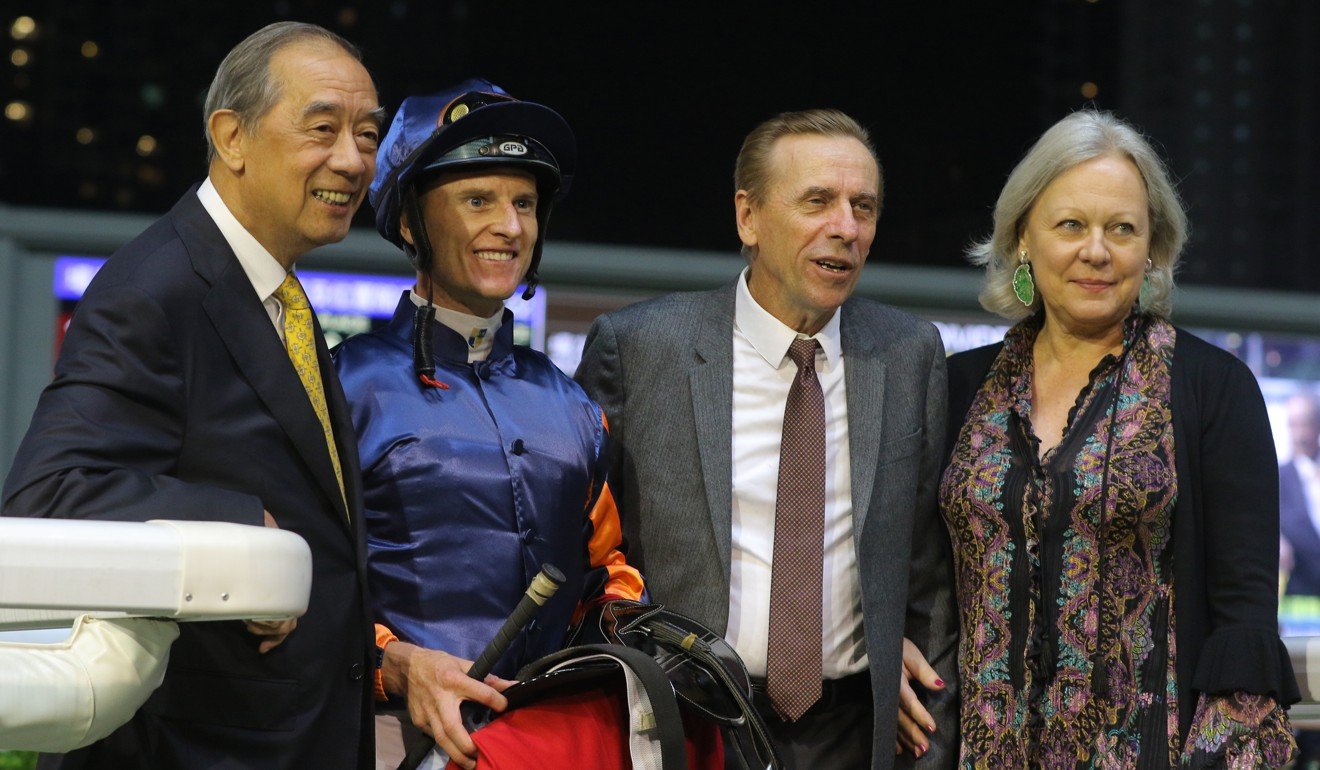 Red Warrior is owned by former Jockey Club chairman Ronald Arculli and he will be hoping to take that good form to Melbourne this weekend when Purton partners another one of his horses, the Ed Dunlop-trained Red Verdon, in the Caulfield Cup.

Meanwhile, the Jockey Club has confirmed three-time champion jockey of Britain Silvestre de Sousa has been granted a licence to ride in Hong Kong from November 1 to February 28. 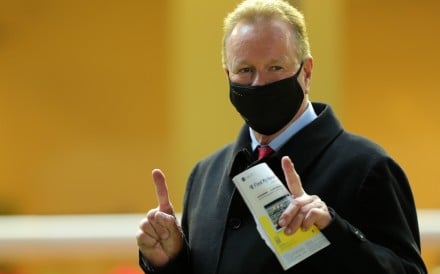 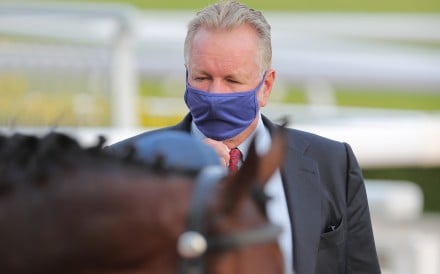 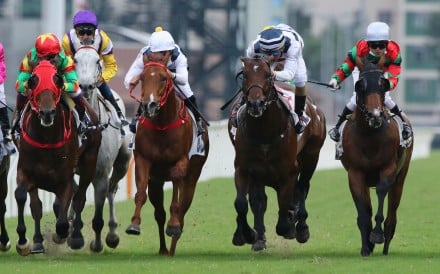