The Italian found himself in front before and after the winning post on the horse last start, but not where it mattered 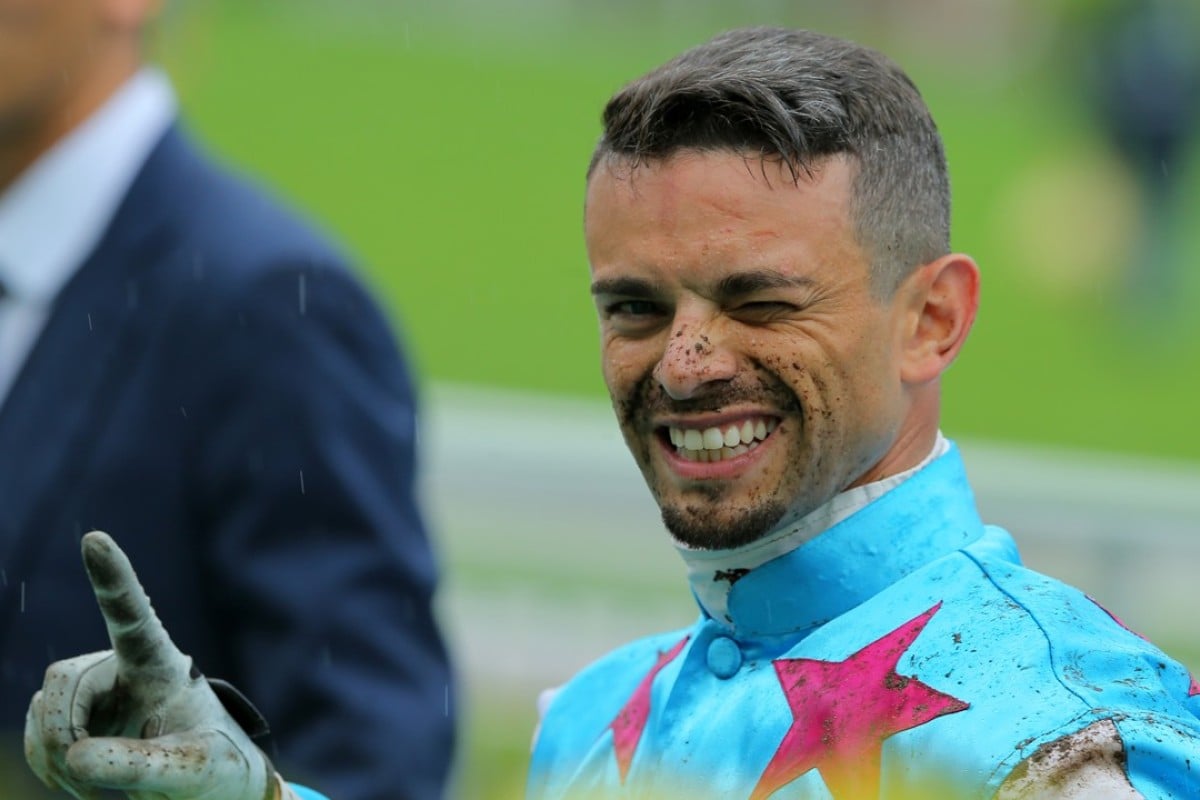 Jockey Umberto Rispoli is out for redemption at Happy Valley on Sunday after he was beaten by the shortest possible margin last time out on Cheerfuljet.

The Italian jockey was livid following the defeat by Saul’s Special two weeks ago after his horse was in front before and after the finishing post, but was beaten on the line in a head-bobbing finish.

Rispoli, who is stalled on two wins for the season, looks to have his strongest book of rides for the term at Happy Valley on Sunday with the absence of five jockeys because of suspension.

Only premiership-leading jockeys Zac Purton and Karis Teetan have ridden more placings than Rispoli (18) this season, a sign that the tide could be set to turn if he stays close to the mark. 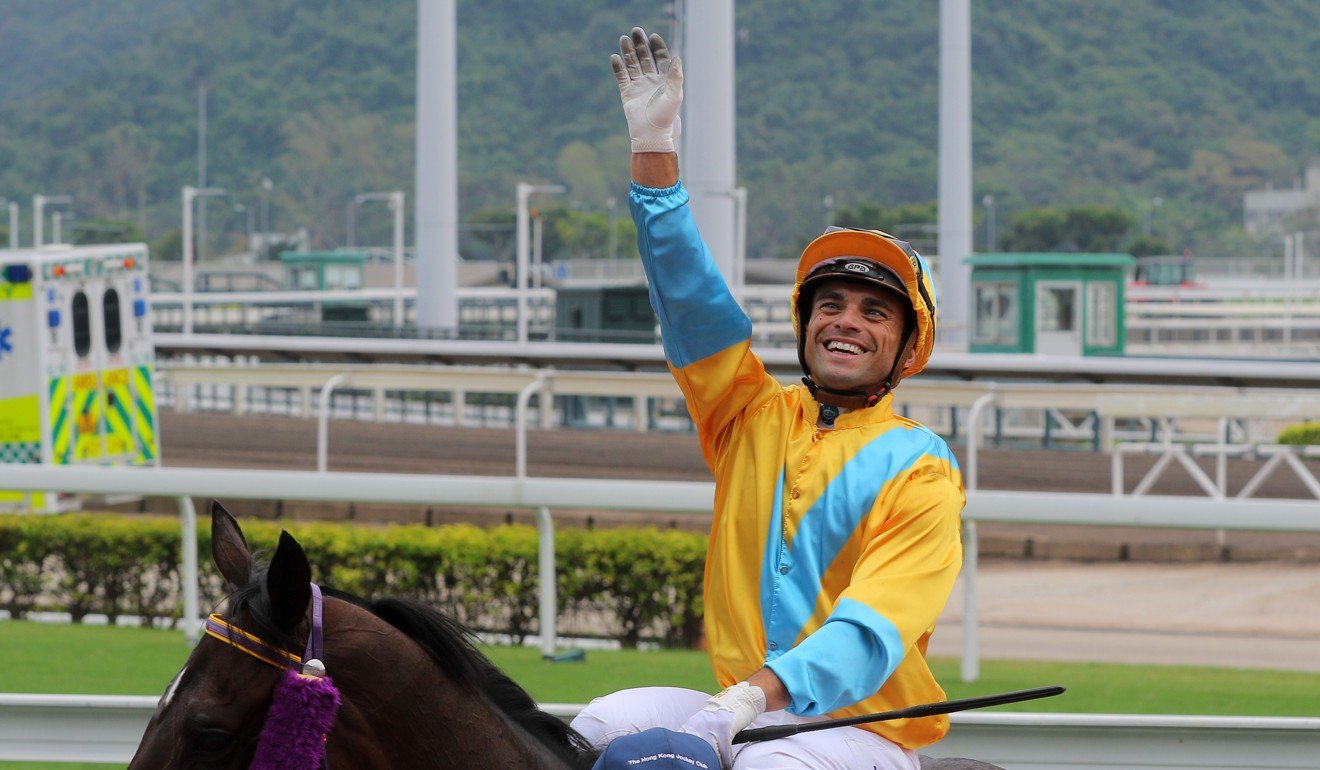 Cheerfuljet returns to Happy Valley in the Class Two Chai Wan Kok Handicap (1,200m), where he will be forced to carry an extra five pounds after his second last start which followed a luckless third earlier in the season.

“First time around [trainer] Caspar [Fownes] said he was a bit surprised about his performance, that he could run so close,” Rispoli said.

“Second time, everything was perfect, I had the perfect trail behind the horse, travelling OK, I overtook [winner] Saul’s Special by about a head but it just came back on my inside.

“I think the horse can run a decent race here but at the same time, with draw eight it is always a hard job to make it a race.

“I’ll have to use his speed a little bit, which is OK because he is always fast but you would prefer to be on the inside. I think the horse can run a decent race.”

Rispoli will also ride fellow Fownes-trained galloper The Judge who is coming off a barnstorming win at Happy Valley two weeks ago.

Better call Saul! Trainer Michael Chang gets off the mark for the season as his stable star Saul's Special and @zpurton deny that man Fownes a treble by a whisker in R7. #HKRacing pic.twitter.com/0bOus7mlVq

Nicknamed the King of the Valley, Fownes has taken full advantage of the one-off Sunday meeting at Happy Valley, taking a total of 10 horses to the races, the most of any trainer on the day.

Another jockey in Chad Schofield is also looking to turn some unlucky form around on the Tony Millard-trained Khaki in the Class Four Tsing Lung Tau Handicap (1,200m).

Chad Schofield out to keep perfect record on Perfect Glory

Schofield fell off the gelding at the barriers in the horse’s first start for Millard last season after he was transferred from the Benno Yung Tin-pang stable.

He then went on to run a strong race first-up this season, where he was able to make ground on the leaders after being forced to go back to last from a wide barrier. 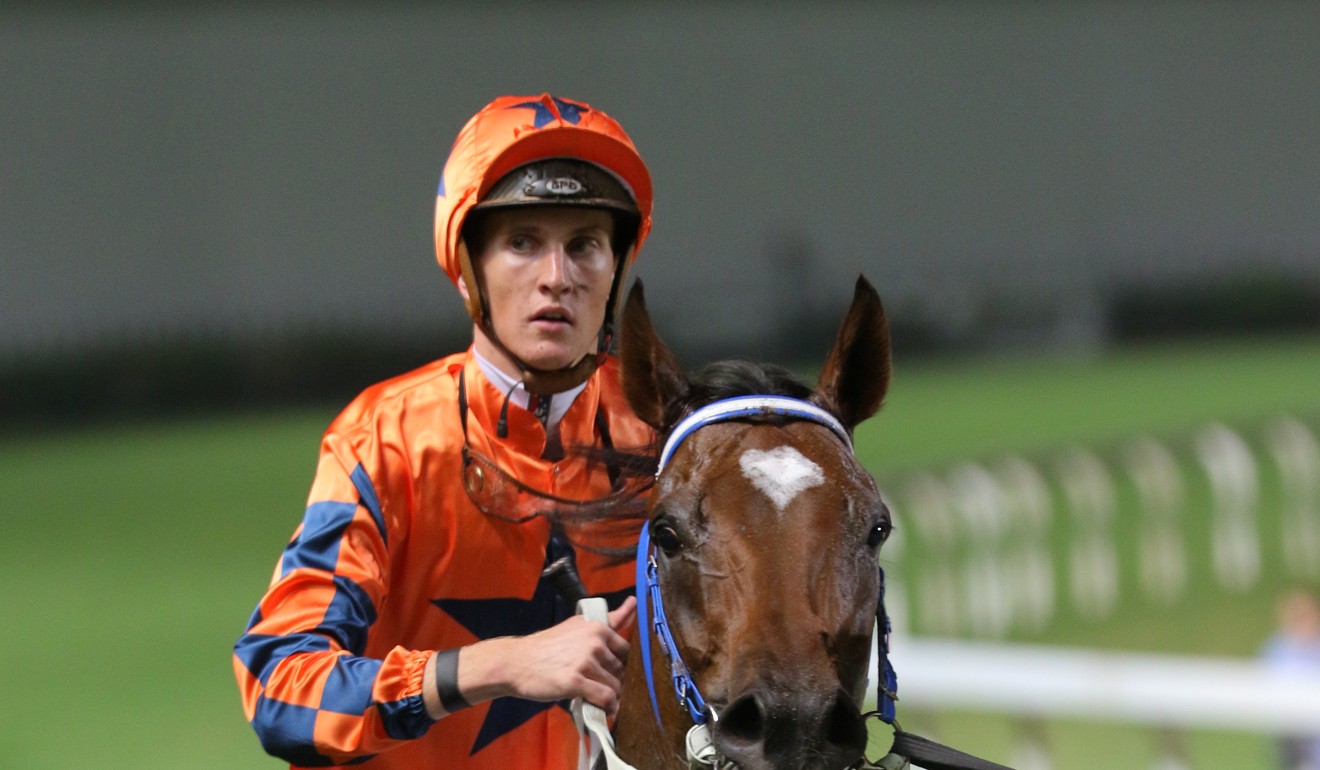 “He is a horse that is going well since moving to Tony Millard’s stable,” Schofield said. “He’s going really well, he’s had a trial at Happy Valley and has trialled nicely so he should be competitive.

“He should [handle Happy Valley], he is a very easy horse, there are no complications with him, he is very versatile, he has got speed and he can finish off his races.”

Schofield too has been on the wrong end of a photo finish at Happy Valley after he was just beaten on the fancied Perfect Glory on Wednesday night.