Sha Tin’s all-weather track was definitely biased on Wednesday night, but not just for leaders

Sitting on the pace certainly helped, but being on the rail was the big advantage at the latest all-dirt meeting 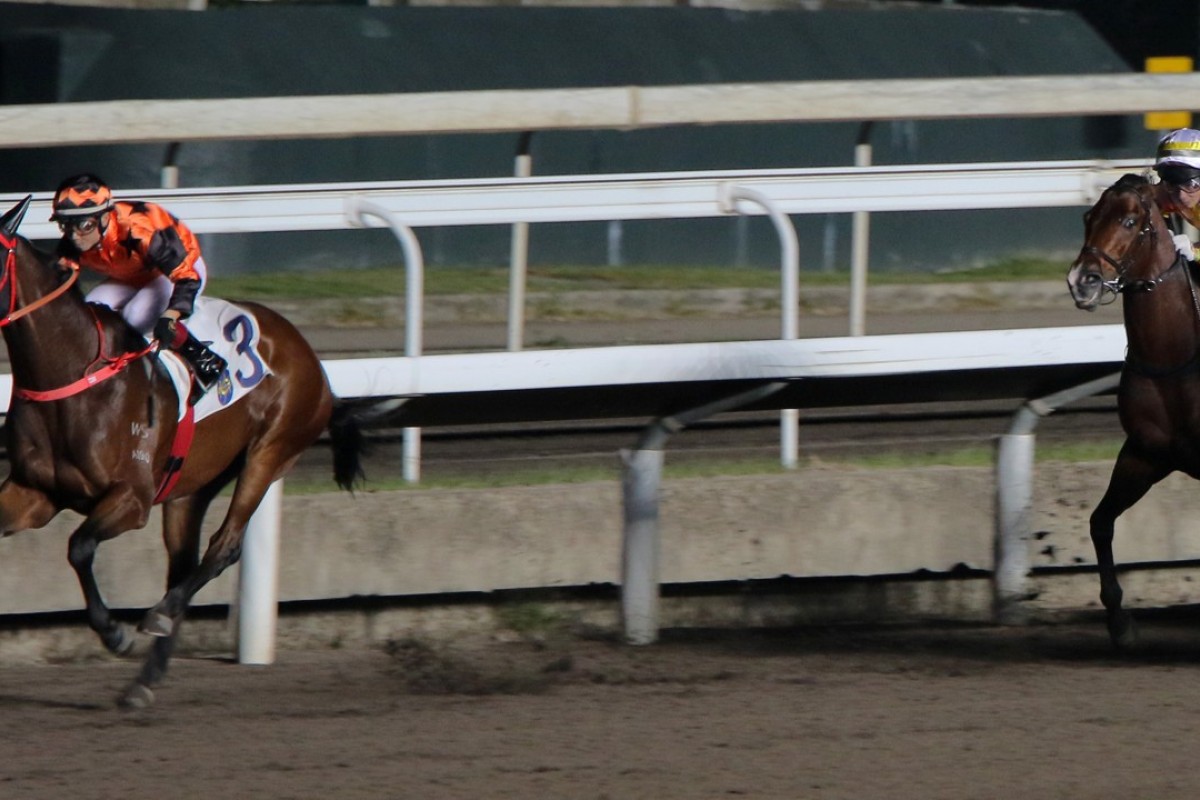 How about this all-weather track tonight. Wowee. – @Hkhutchi

There was definitely a bias at Sha Tin’s all-dirt meeting on Wednesday night – and there were plenty making note of it – but it wasn’t just the leaders who were advantaged.

Three horses led all the way – Golden Effort, Calculation and Viva Council – and they did it in three consecutive races (two to four), which helped to establish that narrative.

Certainly, being on the pace helped, but a deeper look into the results reveal it was those on the rail or one-off who were the horses with a distinct edge over their rivals.

Superior Boy was on the leader’s back in the opening race before running over the top of My Honey, Flying Godspell sat outside pacesetter Dashing Gainer in the fifth race.

Good Fit settled worse than midfield in the sixth before Karis Teetan produced the ride of the night, hunting up the inside to lift Frankie Lor Fu-chuen’s eight-year-old to victory.

@KarisTeetan keeps chipping away at @zpurton's lead atop the jockeys' table. The champ - who returns from a ban on Sunday - is just one ahead after Teetan strikes aboard Frankie Lor's Good Fit in R6. #HKracing pic.twitter.com/KRNXOyLvD8

Sure, the leaders probably went too fast, but they did that all night.

If you look at the times across the eight races, all of them were inside standard with 400m to go but the last sectional in each race was well outside the “standard” mark. Five of them were over a second outside it, which means they were crawling home.

So in the case of Good Fit, it was Teetan’s decision to stay on the rail that proved the winning move.

Chad Schofield did a similar thing on Elusive State in the seventh. He was three-back on the fence and stayed there (he was admittedly boxed in by his rivals and unable to get clear running outside) and once he got through he cruised to win by four-and-three-quarter lengths – even with Schofield sitting up for the last 50m.

@SchofieldChad barely breaks sweat in completing a double as hot favourite Elusive State makes it 2-1 since joining Tony Millard in R7. Millard rejoins Jimmy Ting on 14 at the top of the trainers' table. #HKracing pic.twitter.com/dgitTuw47a

In the final event of the night, Perpetual Treasure held the rail and that proved the difference – he had a couple of horses get in front of him but they never crossed.

“We were lucky the track was a bit biased and the jockey [Keith Yeung Ming-lun] did a very good job,” Benno Yung Tin-pang said after Perpetual Treasure’s win.

So the commonality between the winners wasn’t that they were on-pace, it’s that none of them ever raced wide.

You only need to look at some of the other eye-catching runs to see the pattern that emerged.

In the Good Fit race, the placegetters King’s Man and Enjoyable Success were all on the rail in transit.

Spicy Kaka only left the fence in the straight as he was searching for a run and he finished a narrow second to Flying Godspell.

Dylan at the Halloween double: Apprentice Dylan Mo banishes the ghosts of a quiet October as Flying Godspell takes rookie handler Jimmy Ting back to the top of the trainers' table in R5. #HKracing pic.twitter.com/ZznmK5bXic

And after flopping out of the gates, Hang’s Decision came from the clouds to end up runner-up to Elusive State. How did Eddy Lai Wai-ming handle him? By staying close to the fence, of course.

As always there are exceptions, and perhaps they are the horses to follow from the meeting.

Sweet Bean put in an enormous run to come from last to finish third in the opening event, Dragon Warrior was trapped three-deep without cover but still fought on for second behind Golden Effort and Nice Kick lost no admirers, stuck wide throughout before running on strongly.

The all-weather track is well known for its quirks and on Wednesday night it was those horses who raced close to the rail that got the advantage.