The dirt surface was completely biased to front-runners on Saturday, while the straight course has its own quirks 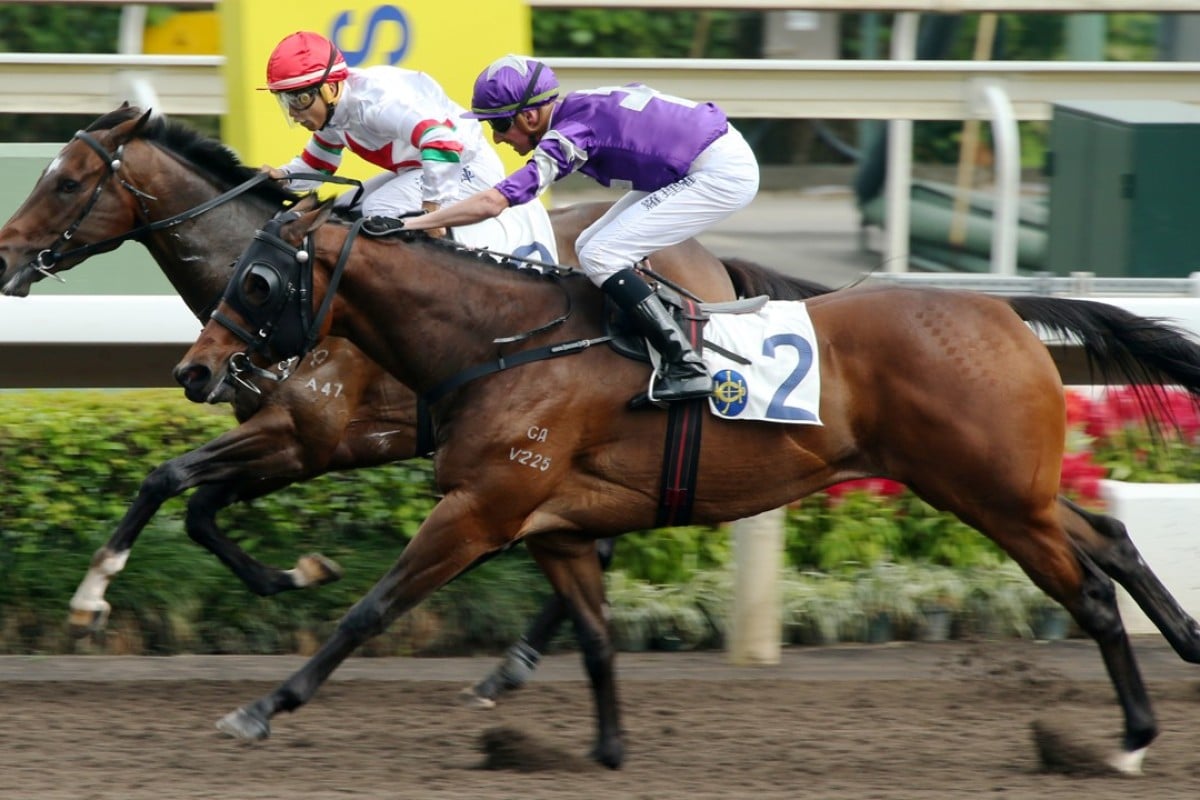 On a day when the racing itself was relatively low-key, the Sha Tin tracks themselves stepped up to beg for attention on Saturday, both the straight course and the dreadful all-weather surface.

Down the straight, trainer Benno Yung Tin-pang swum against the tide by asking his jockeys on low-drawn Fortune Bo Bo and Super Junior to head towards the inside rail, where virtually no horse has won since Robbie Fradd was champion jockey. Apparently, even Fortune Bo Bo knew that and refused to go there.

And after all the hopeful noises from one or two racing participants that the straight track had not “been that bad” this season, it reverted to type and the outside four barriers fought out the race. Fifth home was the barrier sixth from the outside and the only one to spoil the conga line was gate 10, Winning Supreme, whose owner can probably kick his hat faster than that horse runs at this stage.

We have seen it before, it wasn’t unexpected and as ugly and second-rate as the straight racing is, it hasn’t got a patch on the dirt.

Jockey @nashhot scores his 100th winner in Hong Kong with a narrow victory aboard Strathclyde for Tony Millard in R4 at Sha Tin #HKRacing pic.twitter.com/MSI5Nq19qd

Saturday’s three dirt races just offered more ammunition for this column’s suggestion that races on the surface be treated as exhibitions, preferably without any betting or weight towards championships.

By all means, pay prizemoney to long-suffering owners who have found a niche for their failed turf gallopers, but at a lower rate so as not to encourage anyone to buy dirt horses.

The on-speed bias of Saturday’s track was breathtaking. Tempo didn’t matter and the only ability that counted was being able to get near the front of the action.

One of the basic premises of form analysis is when horses work hard earlier in the race, they will get tired at the finish, allowing other horses to pass them. Sectional times are usually a pretty decent tool for examining how fast they went or tired they got, but it simply didn’t matter on the weekend.

In the Class Four dirt sprint, the leaders burned along early then paid for it late with a very slow final 400m section – a second slower than the Jockey Club’s recommended sectional – and, over time, you won’t find many of the leaders winning in such circumstances. But Strathclyde and Beekely, the first two into the straight after working hard, were also the first two home. 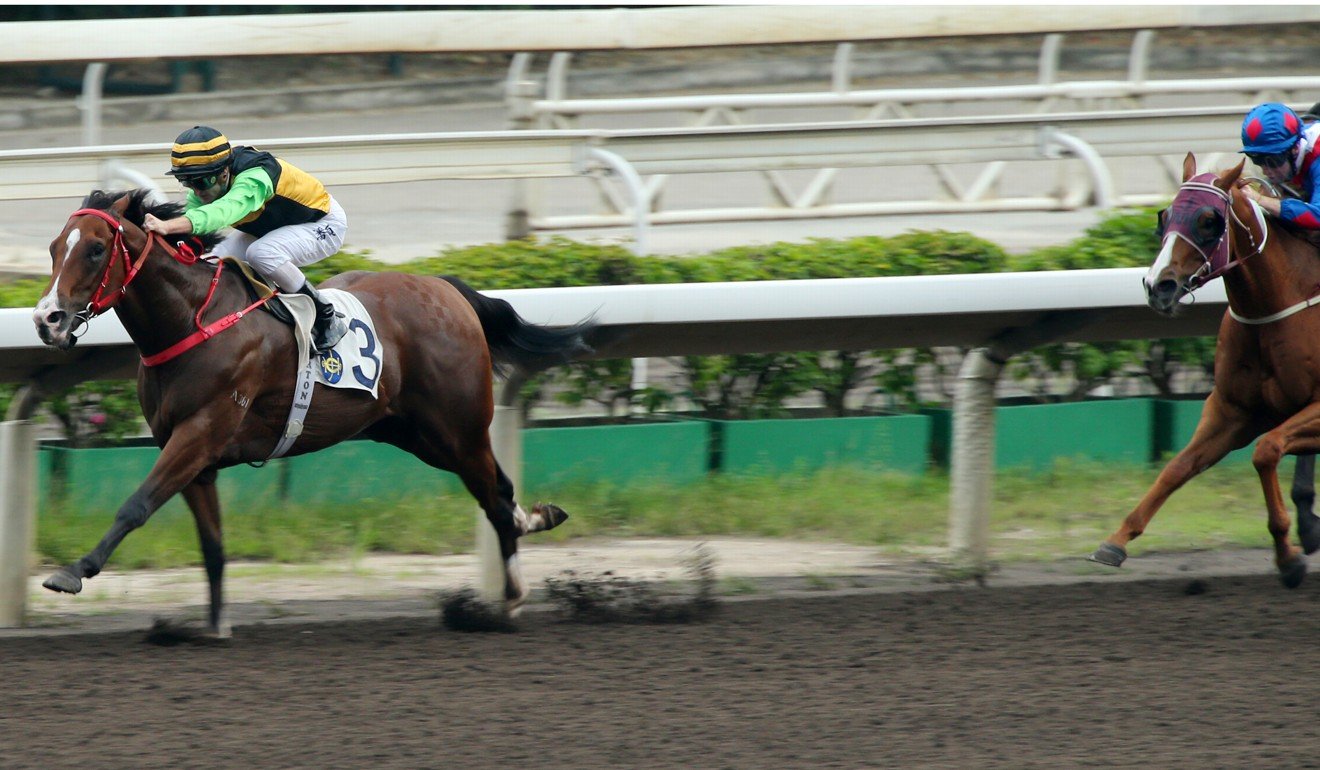 In the Class Three, the circumstances were different, the result the same but more in keeping with expectations. A slowish lead pace would normally assist the leaders anyway, and the early front-runners, Borntoachieve and King Mortar, happily let Zac Purton whip around them to the front on Spotlight Dream and it was a procession from there.

And, finally, Little Giant, sitting behind the leader and beating the horse which sat outside the leader, Pablosky. Considering the times they ran, it may just be that the best two dirt horses fought the finish out anyway, but they did go a fast enough clip that should have allowed something to run on into third or fourth but nothing did.

In fact, in the three races, only four horses were closer to the lead at the finish than at the 400m and they were all in the brutally run Class Four won by Strathclyde, where you might have expected to see them hurtling home all over the place in the last 100m. Goal For Gold and Elite Spirit must be near champions to have pulled back just under two lengths each on this track.

The Sha Tin all-weather track is, or should be, an embarrassment in a jurisdiction with some pride in the quality of its racing. As a racecourse, it makes a decent enough training track and nothing else.

The murky world of bloodstock trading may be headed for some kind of shake-up in Great Britain after its peak body, the British Horseracing Authority (BHA), said recently it is conducting a review of the practices involved.

The BHA chief executive Nick Rust wrote to industry participants regarding the review and apparently the BHA is already conducting interviews and investigations into the racehorse market, seemingly with a view to rewriting a code of practice for the sector which already exists, but has plenty of holes in it or is simply ignored.

Of course, finding out that the buying and selling of racehorses involves, as Rust suggested, “secret payments, bribes, kickbacks and collusion” would be akin to revealing that Harvey Weinstein has a wandering eye for the ladies and the odd potted azalea.

The review will prioritise the market for horses within British racing, but that doesn’t mean it couldn’t have implications for Hong Kong owners, or for the trade which goes on between buyers in Hong Kong and sellers in Britain.

In fact, given the large amounts of money involved, that would seem a fertile environment within which tricky practises might take root and there was a line in one newspaper report that caught our eye.

Among various unnamed sources discussing “split the difference” arrangements and “luck money” deals, lurked the unattributed claim that overseas-based owners were often defrauded without any way of ever knowing.

Now that may relate only to overseas-based owners buying and racing horses within Britain only but it would surprise if that didn’t include Hong Kong-based owners, who collectively race many horses all around the globe, or even those acquiring horses for racing here.

The Pakistan Star story is rapidly becoming a series of inquiries and apparently not a lot of progress, the latest inquiry involving the racing stewards discussing the matter with trainer Tony Cruz and his assistant before the midweek Happy Valley meeting.

There was a meeting with the stewards after Derby and QE II Cup runner-up Pakistan Star recently pulled up after the start of a barrier trial and refused to run, again.

That inquiry might be to discuss whether the use of a stock whip, of the kind infrequently used to tickle the heels of a horse reluctant to go in the barrier stalls, is or is not an appropriate remedy in Pakistan Star’s case. 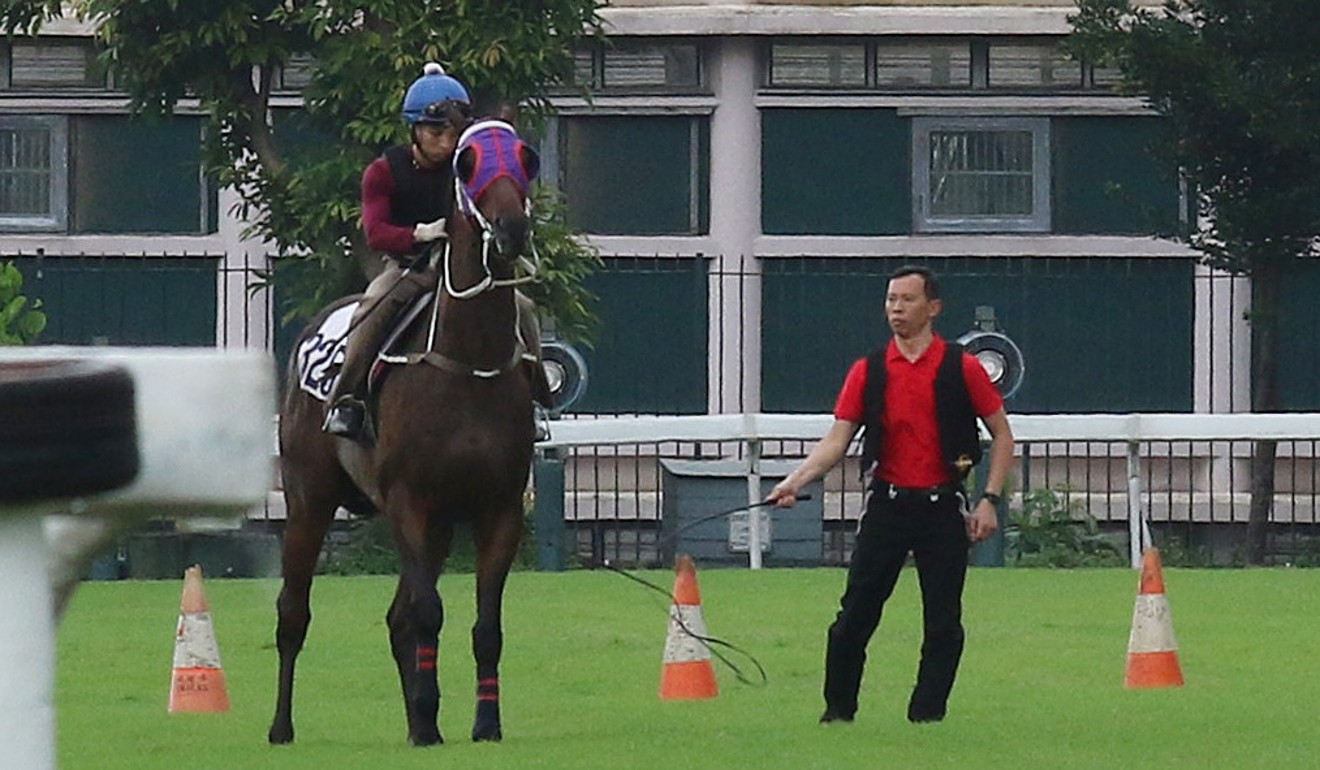 We can’t guess at the attitude the stewards will take with the old-fashioned methods being employed but what seems clear is that things are not improving with the internet’s one-time equine love match, who looks no closer to returning to the races.