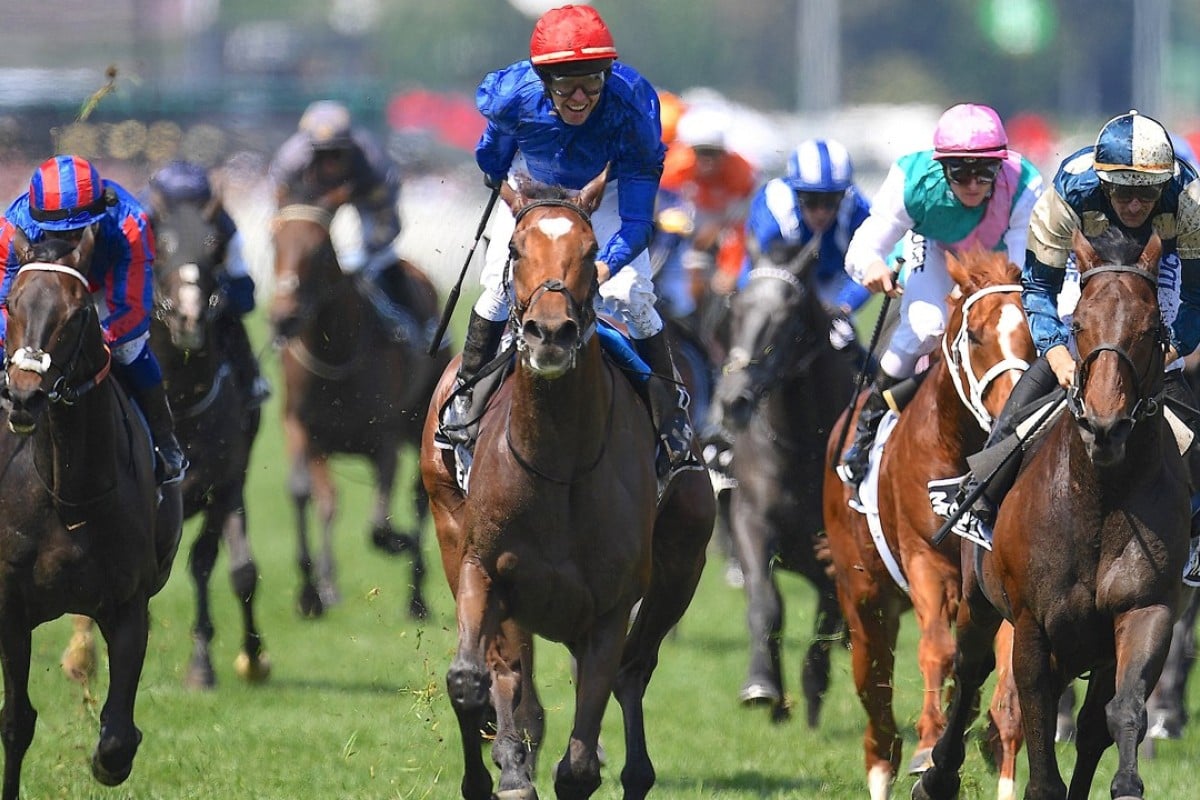 It ended a long run of near misses for Sheikh Mohammed’s team in blue, who had run second on three occasions (Central Park in 1999, Give The Slip in 2001 and Crime Scene in 2009) and also finished third twice with Beekeeper (2002) and Hartnell (2016).

The Charlie Appleby-trained Cross Country came from second last to give Godolphin its 30th Group One victory of the year – a banner one after it also claimed the Epsom Derby for the first time with Masar.

“I know how much this race means to him – he’s been trying to win if for a while and so I am so happy this horse has been able to do it for him,” a delighted Appleby said of Sheikh Mohammed. “Coming into today, this horse ticked a lot of boxes. We’re just delighted.”

The placegetters Marmelo and A Prince Of Arran are both entered for December’s Longines Hong Kong Vase but there won’t be any confirmation on their future plans until connections see how they pull up and assess their options.

The result also meant punters weren’t subjected to British billionaire Marwan Koukash’s threat to accept the Cup in a G-string after his horse Magic Circle didn’t fire a shot and came 16th.

While Purton, who finished third last year with Max Dynamite, fell just short in the feature, he didn’t leave Flemington empty-handed, taking out the following race with Kaonic.

“My horse jumped brilliantly, he put himself in a lovely spot, he was in a great rhythm, he towed me into the race really well, I was always confident – it’s just nice to get a winner on a day like today,” Purton said.

“It was an excellent run [from Finche in the Cup], I think if it was a firmer track he might have gone even closer.”

It was also a big day for a couple of former Hong Kong-based jockeys with Brett Prebble and Tommy Berry both collecting winners.

After calling Sha Tin home for 15 years, Prebble departed at the end of last season but has struggled to find his footing back in Australia, while also copping a 20-meeting suspension for improper riding in September.

So Legend Of Condor’s win was a welcome one – his first since prevailing on Victory Boys at Happy Valley on May 16 – and he celebrated in style, standing up in the stirrups and saluting.

“It was a good feeling. It’s been a while since I rode a winner,” Prebble said. “It’s been a bit of an up-and-down time at the moment. I enjoy winning. I haven’t lost the passion and I just let them know I’ve still got the fire burning in the belly.”

Tommy Berry, who spent last season in Hong Kong but returned to Australia in July, also tasted success at Australia’s biggest race meeting with Cool Passion taking out the final event on the card.